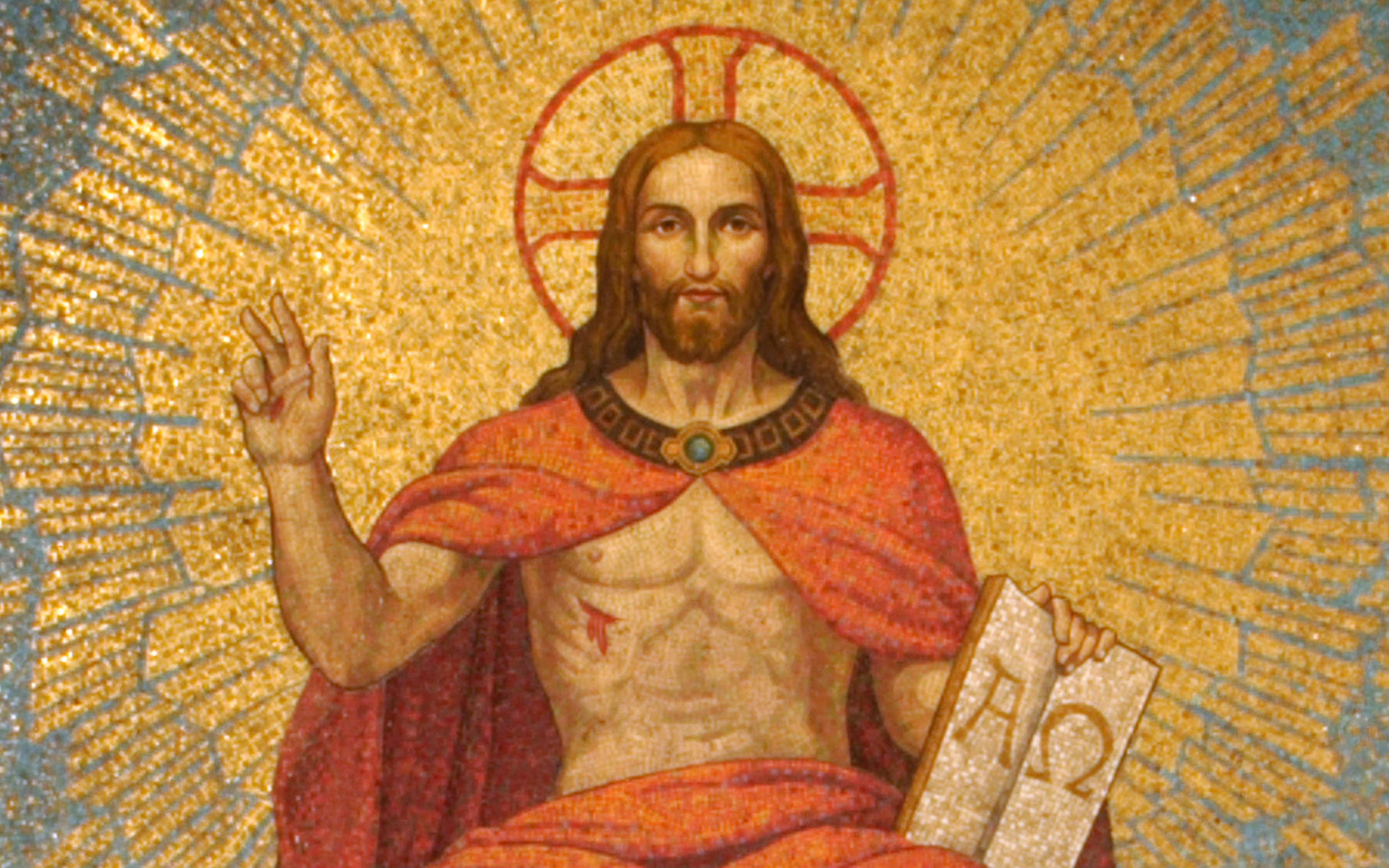 A strong affirmation, by Athanasius, of the full Divinity of Christ in an age when that doctrine was under attack.   The heresy of Arianism, which taught that Jesus was inferior to the Father, originated in Alexandria, Egypt, the native place of St. Athanasius.

By his own wisdom and Word, who is our Lord and Savior Christ, the all-holy Father (whose excellence far exceeds that of any creature), like a skillful steersman guides to safety all creation, regulating and keeping it in being, as he judges right. It is right that creation should exist as he has made it and as we see it happening, because this is his will, which no one would deny. For if the movement of the universe were irrational, and the world rolled on in random fashion, one would be justified in disbelieving what we say. But if the world is founded on reason, wisdom and science, and is filled with orderly beauty, then it must owe its origin and order to none other than the Word of God.

He is God, the living and creative God of the universe, the word of the good God, who is God in his own right. The Word is different from all created things: he is the unique Word belonging only to the good Father. This is the Word that created this whole world and enlightens it by his loving wisdom. He who is the good Word of the good Father produced the order in all creation, joining opposites together, and forming from them one harmonious sound. He is God, one and only-begotten, who proceeds in goodness from the Father as from the fountain of goodness, and gives order, direction and unity to creation.

By his eternal Word the Father created all things and implanted a nature in his creatures. He did not want to see them tossed about at the mercy of their own natures, and so be reduced to nothingness. But in his goodness he governs and sustains the whole of nature by his Word (who is himself also God), so that under the guidance, providence and ordering of that Word, the whole of nature might remain stable and coherent in his light. Nature was to share in the Father’s Word, whose reality is true, and be helped by him to exist, for without him it would cease to be. For unless the Word, who is the very “image of the invisible God, the firstborn of all creation”, kept it in existence it could not exist. For whatever exists, whether visible or invisible, remains in existence through him and in him, and he is also the head of the Church, as we are taught by the ministers of truth in their sacred writings.

The almighty and most holy Word of the Father pervades the whole of reality, everywhere unfolding his power and shining on all things visible and invisible. He sustains it all and binds it all together in himself. He leaves nothing devoid of his power but gives life and keeps it in being throughout all of creation and in each individual creature.

This excerpt of St. Athanasius’ Discourse Against the Pagans (Nn. 40-42: PG 25, 79-83) is used in the Roman Office of Readings for Thursday in the 1st Week of Ordinary Time.