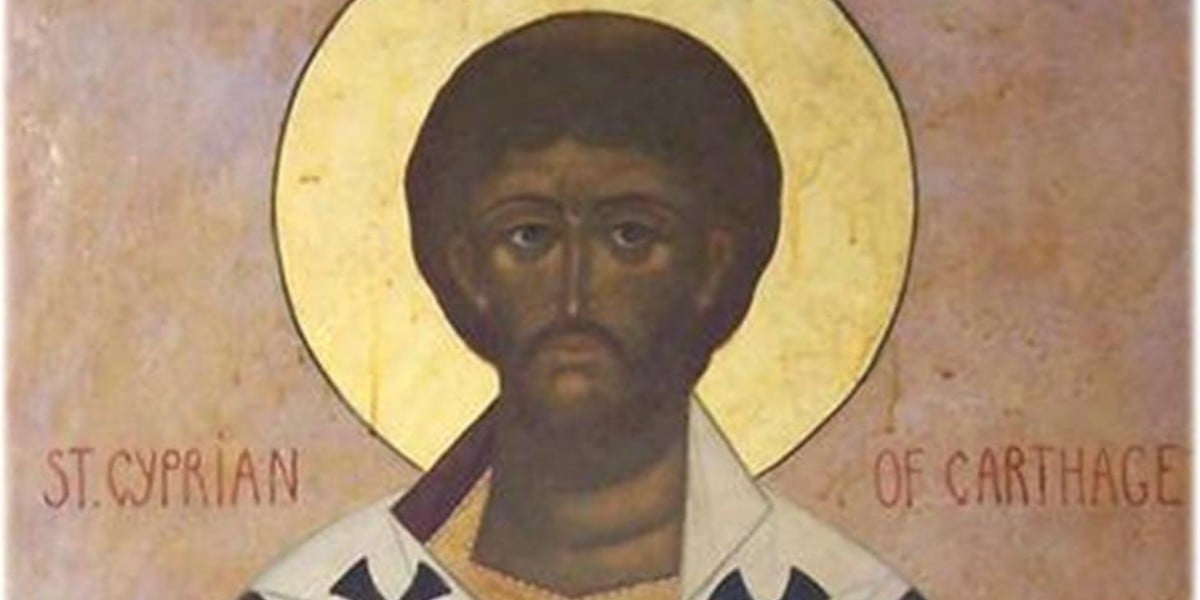 An excerpt written to Cornelius, bishop of Rome condemned to martyrdom for his faith, from his brother bishop Cyprian of Carthage, himself to give his witness as a martyr a few years later.  Read on the feasts of Sts. Cornelius and Cyprian, martyrs, on September 16.

Cyprian to his brother Cornelius.

My very dear brother, we have heard of the glorious witness given by your courageous faith. On learning of the honor you had won by your witness, we were filled with such joy that we felt ourselves sharers and companions in your praiseworthy achievements. After all, we have the same Church, the same mind, the same unbroken harmony. Why then should a priest not take pride in the praise given to a fellow priest as though it were given to him? What brotherhood fails to rejoice in the happiness of its brothers wherever they are?

Witness of Martyrdom – leading the way to glory

Words cannot express how great was the exultation and delight here when we heard of your good fortune and brave deeds: how you stood out as leader of your brothers in their declaration of faith, while the leader’s confession was enhanced as they declared their faith. You led the way to glory, but you gained many companions in that glory; being foremost in your readiness to bear witness on behalf of all, you prevailed on your people to become a single witness.

Courage of the Bishop, Unity of the Brotherhood

We cannot decide which we ought to praise, your own ready and unshaken faith or the love of your brothers who would not leave you. While the courage of the bishop who thus led the way has been demonstrated, at the same time the unity of the brotherhood who followed has been manifested. Since you have one heart and one voice, it is the Roman Church as a whole that has thus born witness.

Dearest brother bright and shining is the faith which the blessed Apostle praised in your community. He foresaw in the spirit the praise your courage deserves and the strength that could not be broken; he was heralding the future when he testified to your achievements; his praise of the fathers was a challenge to the sons. Your unity, your strength have become shining examples of these virtues to the rest of the brethren.

Cyprian – the Day of our own struggle is at hand

Divine providence has now prepared us. God’s merciful design has warned us that the day of our own struggle, our own contest, is at hand. By that shared love which binds us close together, we are doing all we can to exhort our congregation, to give ourselves unceasingly to fastings, vigils and prayers in common. These are the heavenly weapons which give us the strength to stand firm and endure; they are the spiritual defenses, the God-given armaments that protect us [Ephesians 6:10-18].

Let us then remember one another, united in mind and heart. Let us pray without ceasing, you for us, we for you; by the love we share we shall thus relieve the strain of these great trials.

Saint Cornelius became bishop of the Church of Rome in 251. He fought against the Novatian schismatics and with the help of Cyprian was able to enforce his authority. Driven into exile by the Emperor Gallus, he died in 253 at Civitavecchia. His body was brought to Rome and buried in the cemetery of Saint Callistus.

Saint Cyprian, a pagan convert, became  bishop of Carthage in AD 249. By his writings and his actions Cyprian guided the Church through difficult times. In the persecution of Valerian he was exiled, then martyred on September 14, 258. This excerpt from Cyprian’s letter to Cornelius (Epist. 60, 1-2, 5: CSEL 3, 691-692, 694-695) appears in the Roman Office of readings for the feast of Sts. Cornelius and Cyprian, martyrs, on September 16.  For more on Cyprian and the Early Fathers of the Church, read When the Church Was Young: Voices of the Early Fathers.

Banner/featured image of Cyprian by an unknown artist. Public domain.

Cyprian was a pagan public speaker and teacher from Carthage in North Africa who converted to Christianity around the year 246 AD. He immediately set himself to the study of Scripture and the writings of the first great Latin theologian from North Africa, Tertullian. Saint Cyprian grew so rapidly in holiness and knowledge of the faith that he was appointed bishop of Carthage only two years after his baptism. Within only a few months of his election to the episcopacy, the persecution of Decius broke out and Cyprian was forced to flee his see. Upon returning, he set himself to dealing with the problem of the reconciliation, after suitable penance, of those who buckled under pressure and lapsed in their faith. After a few years of peace, the persecution of the emperor Valerian began. Cyprian gave himself up and was martyred in Carthage on September 14, 258. St. Cyprian’s writings that survive are mainly letters and short treatises. Most notable among them are his treatise on the Lord’s Prayer.  Also notable is his De Catholicae Ecclesiae Unitatis (251) on the Unity of the Catholic Church and the importance of the Episcopate as safeguard of this unity.   Cyprian is recognized as one of the Fathers of the Church.  To learn more about him, see When the Church Was Young: Voices of the Early Fathers.  (Biography by Dr. Italy)