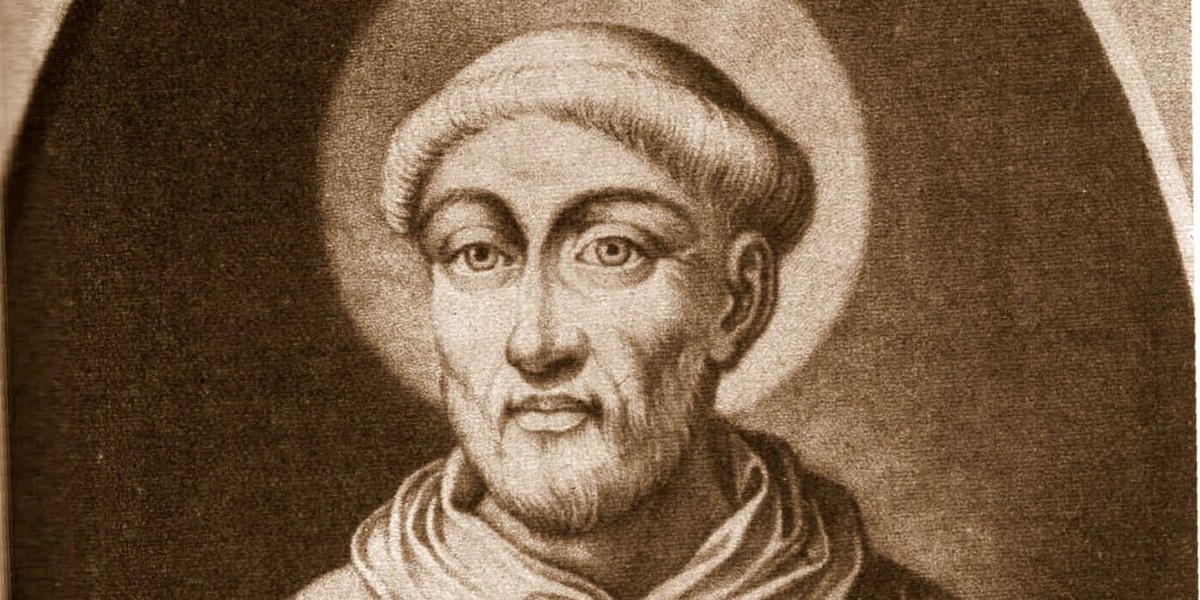 Cyprian here writes of the martyrdom of St. Fabian who had been elected bishop of the Church of Rome in 236.  In 250, at the beginning of the persecution of the Emperor Decius, Pope Fabian was captured, martyred, and buried in the catacombs, in cemetery of Saint Callistus.  St. Cyprian himself was arrested in Carthage a few years later and also won the crown of martyrdom.

When St Cyprian had learnt of Pope Fabian’s death, he sent this letter to the presbyters and deacons of Rome (250AD):

“When the report of the departure of the excellent man, my colleague, was still uncertain among us, my beloved brethren, and I was wavering doubtfully in my opinion on the matter, I received a letter sent to me from you by Crementius the sub-deacon, in which I was fully informed of his glorious end; and I rejoiced greatly that the integrity of his administration had been matched by the nobility of his end.

“I greatly congratulate you that you honor his memory with so public and illustrious a testimony, through which you have made known to me not only the memory of your bishop, which confers glory upon you, but also an example of faith and strength that I should follow.

“For just as the fall of a bishop tends to bring about the ruinous fall of his followers, so it is a useful and helpful thing when, by the firmness of his faith, a bishop becomes manifest to his brethren as an object of imitation.”

Letter of the Church of Rome

Before receiving the above letter, the Church of Rome wrote to Cyprian, bearing witness to its steadfastness in persecution:

“The church stands in faith, even though some have been driven to fall by sheer terror, whether because they were people of some eminence or that, when they were seized, they were overwhelmed by the fear of man. We did not abandon these people, although they were separated from us, but exhort them, and exhort them still, to repent, so that they may somehow receive pardon from Him who is able to pardon them, and so that they should not, by being deserted by us, become worse.

Care for the Fallen and the Needy

“So you see, brethren, that you ought to do the same, so that even those who have fallen may be brought to their senses by your exhortation, and confess, if they are seized once more, and so make amends for their former sin. You have other duties too, which we have added here. For example, if anyone who has fallen into this temptation begins to be taken with sickness, and repents of what he has done, and desires communion, it must be granted to them in any case.

And if you have widows or bedridden people who cannot maintain themselves, or people who are in prison or otherwise excluded from their own dwellings, they must always have someone to minister to them. Moreover, catechumens who are taken ill should not be disappointed in their hopes, but should also be given help.

“The brethren who are in chains greet you, as do the elders and the whole Church, which also, with the deepest anxiety, keeps watch over all who call on the Lord. And we too ask that you in your turn should remember us.”

Cyprian was a pagan public speaker and teacher from Carthage in North Africa who converted to Christianity around the year 246 AD. He immediately set himself to the study of Scripture and the writings of the first great Latin theologian from North Africa, Tertullian. Saint Cyprian grew so rapidly in holiness and knowledge of the faith that he was appointed bishop of Carthage only two years later. Within only a few months of his election to the episcopacy, the persecution of Decius broke out and Cyprian was forced to flee his see. Upon returning, he set himself to dealing with the problem of the reconciliation, after suitable penance, of those who buckled under pressure and lapsed in their faith. After a few years of peace, the persecution of the emperor Valerian began. Cyprian gave himself up and was martyred in Carthage on September 14, 258. St. Cyprian’s writings that survive are mainly letters and short treatises. Most notable among them are De Catholicae Ecclesiae Unitatis (251) on the Unity of the Catholic Church and the importance of the Episcopate as safeguard of this unity. He is recognized as one of the Fathers of the Church. Biography by Dr. Italy