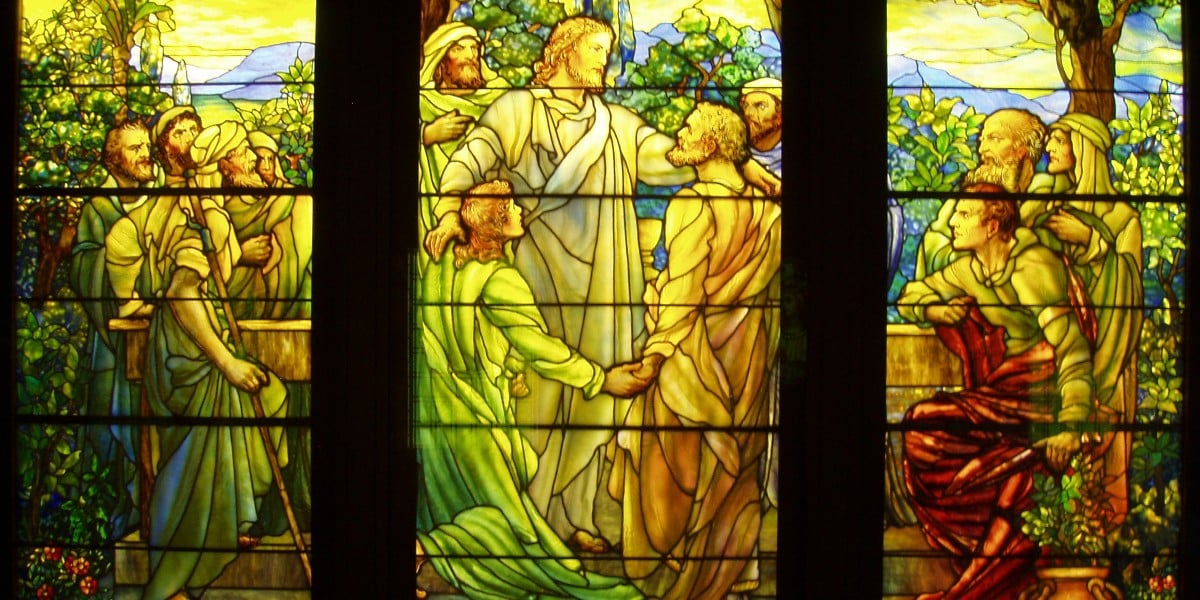 Mission of the 12 Apostles – Cyril of Alexandria

These words of Cyril of Alexandria on the mission of the 12 apostles are read on October 28, the Feast of Saints Simon and Jude. The name of Saint Simon usually appears 11th in the list of the Twelve.  Nothing is known of him except that he was born at Cana and is surnamed “The Zealot.”  Jude, also called Thaddeus, was the apostle who asked the Lord Jesus at the Last Supper why he had manifested himself only to his disciples and not to the whole world (John 14:22).

Our Lord Jesus Christ has appointed certain men to be guides and teachers of the world and stewards of his divine mysteries. Now he bids them to shine out like lamps and to cast out their light not only over the land of the Jews but over every country under the sun and over people scattered in all directions and settled in distant lands. That man has spoken truly who said: No one takes honor upon himself, except the one who is called by God, for it was our Lord Jesus Christ who called his own disciples before all others to a most glorious apostolate. These holy men became the pillar and mainstay of the truth, and Jesus said that he was sending them just as the Father had sent him.

By these words he is making clear the dignity of the apostolate and the incomparable glory of the power given to them, but he is also, it would seem, giving them a hint about the methods they are to adopt in their apostolic mission. For if Christ thought it necessary to send out his intimate disciples in this fashion, just as the Father had sent him, then surely it was necessary that they whose mission was to be patterned on that of Jesus should see exactly why the Father had sent the Son. And so Christ interpreted the character of his mission to us in a variety of ways. Once he said: I have come to call not the righteous but sinners to repentance. And then at another time he said: I have come down from heaven, not to do my own will, but the will of him who sent me. For God sent his Son into the world, not to condemn the world, but that the world might be saved through him.

Accordingly, in affirming that they are sent by him just as he was sent by the Father, Christ sums up in a few words the approach they themselves should take to their ministry. From what he said they would gather that it was their vocation to call sinners to repentance, to heal those who were sick whether in body or spirit, to seek in all their dealings never to do their own will but the will of him who sent them, and as far as possible to save the world by their teaching.

Surely it is in all these respects that we find his holy disciples striving to excel. To ascertain this is no great labor, a single reading of the Acts of the Apostles or of Saint Paul’s writings is enough.

This excerpt from St. Cyril of Alexandria’s Commentary on the gospel of John (Lib. 12,1: PG 74, 707-710) describes the apostolic Mission & vocation of the 12 Apostles.  It is used in the Roman Office of Readings for the Feast of Sts. Simon and Jude, Apostles on October 28th (the new testament reading being taken from I Corinthians 4:1-16).

St. Cyril of Alexandria was born in AD 370, was ordained a priest, and lived a monastic life until he succeeded his uncle as patriarch archbishop of Alexandria, Egypt in 412. In 431 he presided over the Ecumenical Council of Ephesus which opposed the teaching of Nestorius and defined the inseparable unity of the divine and human natures of Christ, and thus the appropriateness of invoking the Blessed Virgin Mary under the title of “Theotokos” or Mother of God.  He died in 444 and is revered by Catholics, Eastern Orthodox, and Coptic churches as one of the greatest of the Fathers of the Church.  Roman Catholics also recognize him as a Doctor of the Church.  (bio by Dr. Italy)