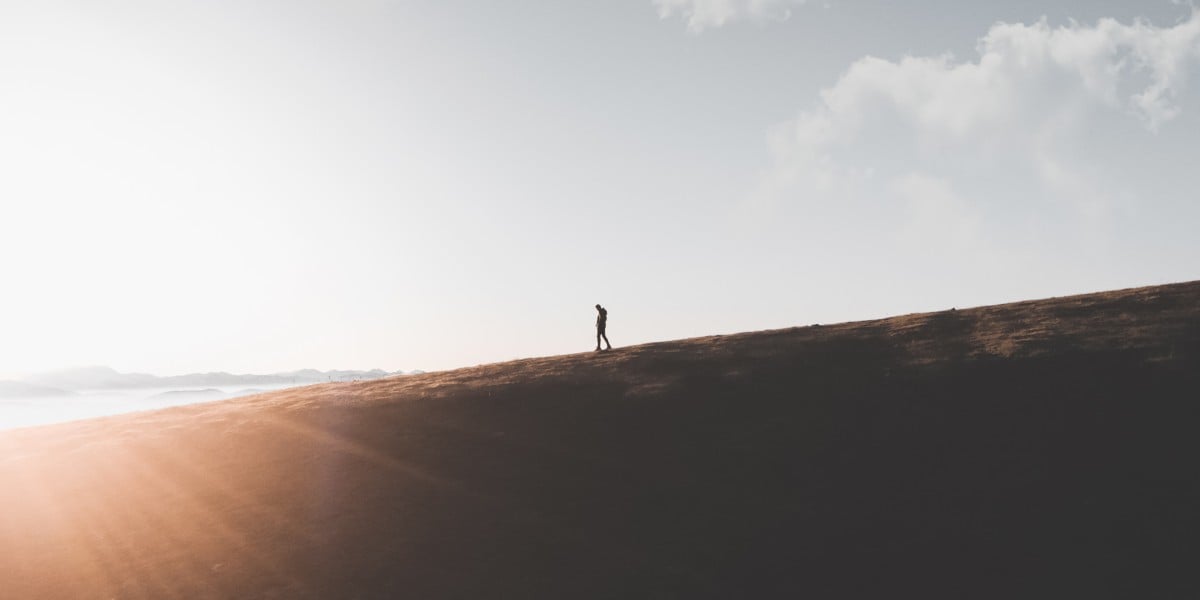 Augustine shows how, inasmuch as Jesus Christ, the son of God, became man, he himself was the subject of predestination.  By divine grace, not by human merits, Jesus was predestined to be of the line of David according to his sacred humanity.

The greatest glory of predestination and grace is the Savior himself, the mediator between God and men, the man Christ Jesus.

Not by Human Merit

What, I ask you, did his human nature do in the way of good works or of faith to merit beforehand this glory? Give me an answer to this question: How did his humanity merit to be taken up by the Word, co-eternal with the Father, into unity with his person and so to be the only-begotten Son of God? What goodness, of whatever kind, did he possess beforehand? What had he done, what faith had he shown, what request had he made, that he should attain to that point of preeminence, beyond all human power of description? Was it not through the action of the Word in taking this humanity to himself that, from the moment when he came into existence, this human being came into existence as the only Son of God?

We must keep before our eyes the very source of grace, taking its origin in Christ, our head, and flowing through all his members according to the capacity of each. The grace which makes any man a Christian from the first moment of his coming to believe is the same grace which made this man the Christ from his coming to be as man.

Predestination of the Saints

Clearly, God knew that he would do all this. The predestination of the saints is the same predestination that reached its greatest glory in the Saint above all other saints. Who can deny this among those who understand correctly the utterances of Truth? For we have been taught that inasmuch as the son of God became man, the Lord of glory himself was the object of predestination.

Predestined the Son of David

Jesus then was predestined. He who was to be the son of David in his human nature was to be the Son of God in power through the action of the Spirit of holiness, for he was born of the Holy Spirit and of the Virgin Mary. This unique taking to himself of a human nature by God the Word came about in such a way, too mysterious for our understanding, that with truth and accuracy the Word could be called at one and the same time the Son of God and the son of man: son of man because of the human nature that was taken, and Son of God because it was the only-begotten God who took that human nature. We are not to believe in God as a quaternity but as a trinity.

Predestined to be our Head

Let there be no mention here of human merits; they were lost through Adam. Let God’s grace reign supreme, as it does through Jesus Christ, our Lord, the only Son of God, the one Lord. If anyone can find in Christ, our head, any merits preceding his unique birth, he may look also for merits in ourselves preceding our rebirth as his many members.

For more on Christ and his sacred humanity, see the HUMANITY OF JESUS Section of the Crossroads Initiative Library.

For more podcasts and written resources on the Advent Season, visit the ADVENT SECTION of the Crossroads Initiative Library.

This excerpt explaining how the man, Jesus Christ, was predestined by divine grace to be of the line of David is an excerpt from a book on the Predestination of the Saints by Saint Augustine, bishop (Cap. 15, 30-31: PL 44, 981-983).  It is used in the Roman Office of Readings for Friday of the thirteenth (13th) week of Ordinary Time.  The accompanying biblical reading is taken from 2 Samuel 7, on the messianic promise made to David through the oracle of the prophet Nathan.

Banner/featured image by Stefano Guerrini on Scopio. Used with permission.

St. Augustine, born in Roman N. Africa to a devout Catholic mother and a pagan father, was a notoriously rebellious Catholic teenager who lived with his girlfriend, joined an exotic Eastern cult, and ran away from his mother.

Augustine became a brilliant and renowned teacher of rhetoric and was appointed by the emperor to teach in Milan, Italy, at that time the administrative capital of the Western Roman Empire. While there, he happened to hear the preaching of the bishop of Milan, Ambrose, who baptized him at the Easter vigil of AD 386.

St. Augustine ultimately renounced his secular career and put away his mistress.  He became first a monk, then a priest, then the bishop of Hippo, a small town on the N. African Coast. The voluminous writings of this Early Church Father span every conceivable topic in theology, morality, philosophy, and spirituality. St. Augustine of Hippo is commonly recognized as the greatest teacher in the Western Church between the New Testament and St. Thomas Aquinas and is one of the Doctors of the Church.  He died in AD 430.  (bio by Dr. Italy).  For more info on Augustine, see When the Church Was Young: Voices of the Early Fathers.