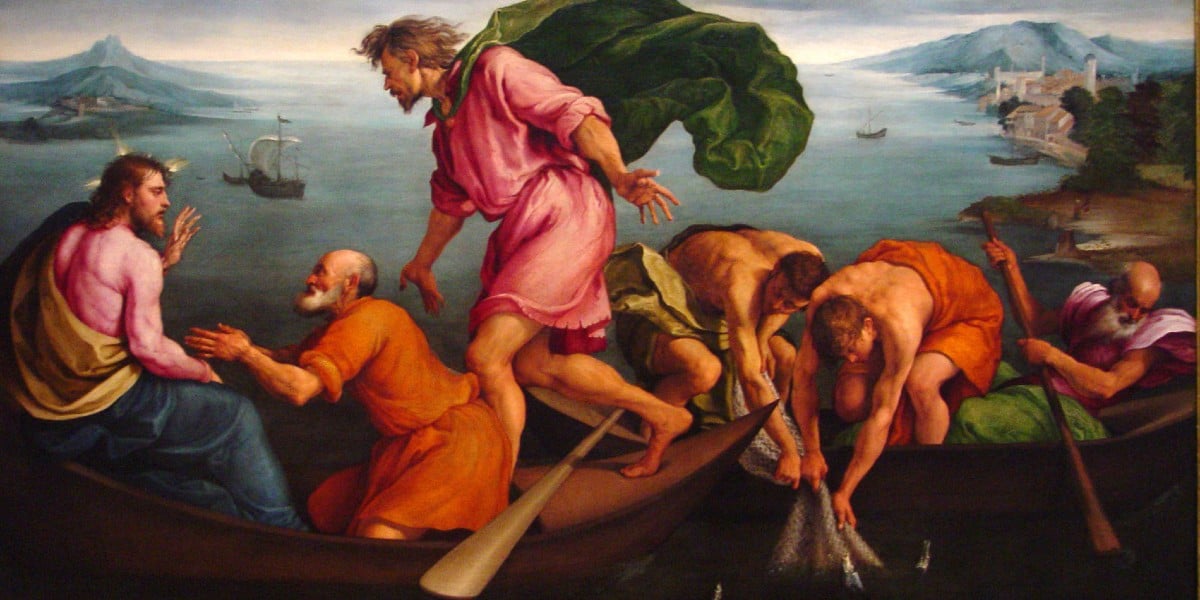 John Chrysostom on James and John, the Sons of Zebedee, and their famous request that they would sit at Jesus’ right and left in the kingdom.  St. James was born at Bethsaida and was martyred by Herod around the year 42.   He was the first of the apostles to drink the cup of suffering and martyrdom with his Lord.  St. James is especially honored at Compostela, Spain, where a special church is dedicated in his name (“Santiago”).

The sons of Zebedee press Christ: Promise that one may sit at your right side and the other at your left.

Can you drink the cup?

What does he do? He wants to show them that it is not a spiritual gift for which they are asking, and that if they knew what their request involved, they would never dare make it. So he says: You do not know what you are asking, that is, what a great and splendid thing it is and how much beyond the reach even of the heavenly powers. Then he continues: Can you drink the cup which I must drink and be baptized with the baptism which I must undergo? He is saying: “You talk of sharing honors and rewards with me, but I must talk of struggle and toil. Now is not the time for rewards or the time for my glory to be revealed. Earthly life is the time for bloodshed, war and danger.”

Consider how by his manner of questioning he exhorts and draws them. He does not say: “Can you face being slaughtered? Can you shed your blood?” How does he put his question? Can you drink the cup? Then he makes it attractive by adding: which I must drink, so that the prospect of sharing it with him may make them more eager. He also calls his suffering a baptism, to show that it will effect a great cleansing of the entire world. The disciples answer him: We can! Fervor makes them answer promptly, though they really do not know what they are saying but still think they will receive what they ask for.

James & John – Sharing in His Suffering

How does Christ reply? You will indeed drink my cup and be baptized with my baptism. He is really prophesying a great blessing for them, since he is telling them: “You will be found worthy of martyrdom; you will suffer what I suffer and end your life with a violent death, thus sharing all with me. But seats at my right and left are not mine to give; they belong to those for whom the Father has prepared them.” Thus, after lifting their minds to higher goals and preparing them to meet and overcome all that will make them desolate, he sets them straight on their request.

Then the other ten became angry at the two brothers. See how imperfect they all are: the two who tried to get ahead of the other ten, and the ten who were jealous of the two! But, as I said before, show them to me at a later date in their lives, and you will see that all these impulses and feelings have disappeared. Read how John, the very man who here asks for the first place, will always yield to Peter when it comes to preaching and performing miracles in the Acts of the Apostles. James, for his part, was not to live very much longer; for from the beginning he was inspired by great fervor and, setting aside all purely human goals, rose to such splendid heights that he straightway suffered martyrdom.

This post focuses on Saints James and John, the Sons of Zebedee and their discussion with Jesus on the honor of sitting at his right and left and the cost of drinking the cup of suffering and martyrdom.  It is an excerpt from a homily on the gospel of Matthew by Saint John Chrysostom (Hom 65, 2-4: PG 58, 619-622) discusses .  It is used in the Roman Office of Readings for the Feast of St. James, Apostle and martyr, on July 25 aka Santiago de Compostela.  The gospel for the Mass for the Feast of St. James, son of Zebedee, is Mathew 20:20-28

For a contemporary reflection of the request of Sts. John and James to sit at the Lord’s left and right, see Marcellino D’Ambrosio’s Prime Ministers Zebedee.