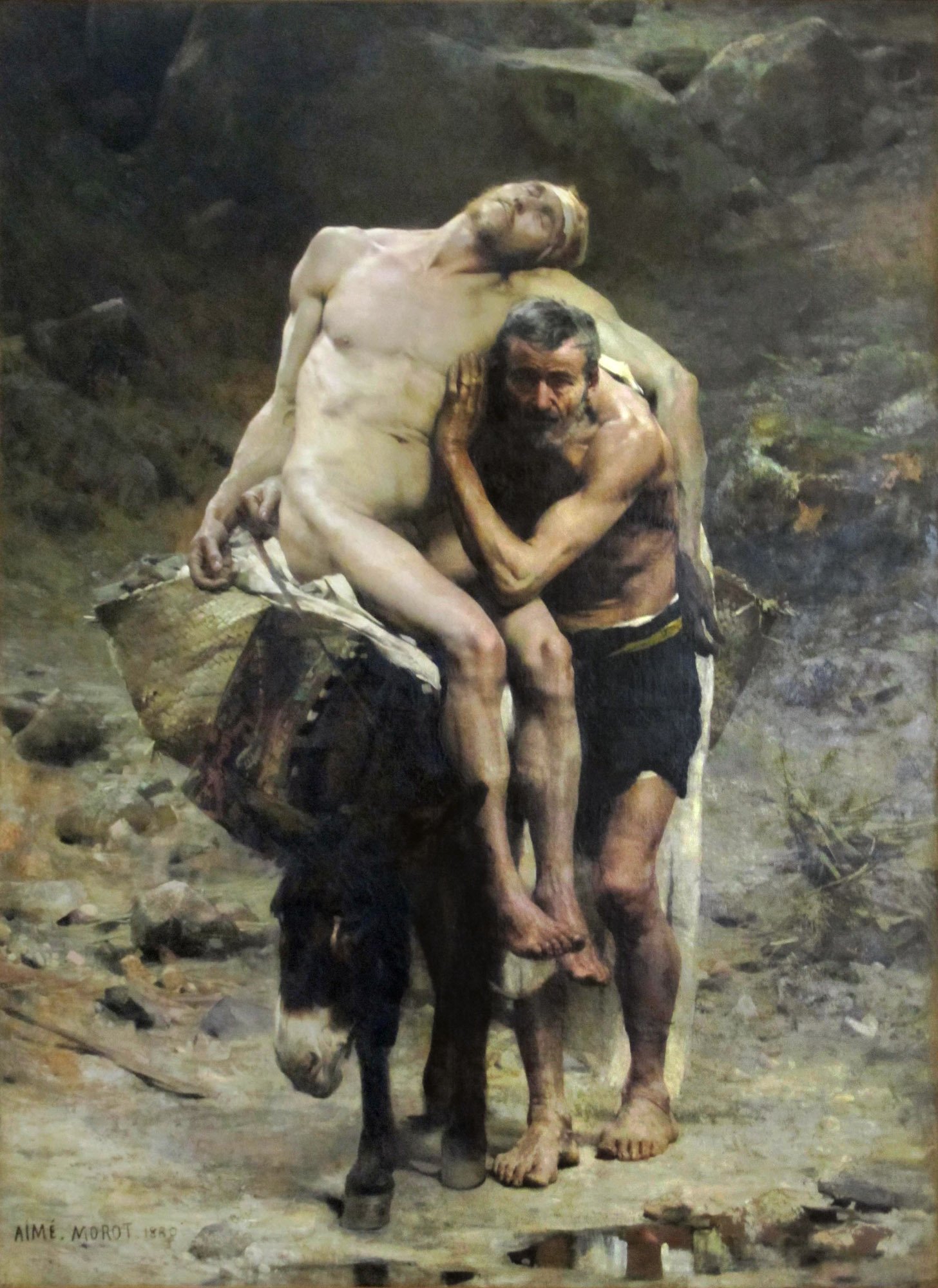 Sow Integrity by Works of Mercy to the Poor – Basil

Basil the Great here urges generosity in almsgiving.  Basil views works of mercy as sowing seeds of charity that bears the fruit of eternal happiness.  The generous who give alms to the poor will reap a rich eternal harvest.

O man, be like the earth. Bear fruit like her and do not fall short of what mere inanimate matter can achieve. The earth bears crops not for her own benefit but for yours. You, on the other hand, when you give to the poor, are bearing fruit which you will gather in for yourself, since the reward for good deeds goes to those who perform them.

Give to a hungry man, and what you give becomes yours, and indeed it returns to you with interest. Just as the wheat that falls on the ground falls there to the great profit of the one who sowed it, so the bread given to a hungry man will bring you great profit in the world to come. Let your husbandry be aimed at sowing this heavenly seed: as scripture says, Sow integrity for yourselves.

Give Alms – Good works you can take with you

You are going to leave your money behind you here whether you want to or not. As for whatever share of glory you have received through your good works, that you can take with you to the Lord. All the people will stand round you in the presence of him who judges you all: they will acclaim you as one who feeds the hungry and gives to the poor, they will name you as a merciful benefactor.

Do you not see how people throw away their wealth for a moment’s glory, for the shouts and praise of the crowds in the theatre, at sporting events, at fights with wild beasts in the arena? Where can you get that sort of glory for yourself if you hold on to your money or spend it meanly? God will give his approbation; the angels will praise you; all people who have existed since the beginning of the world will call you blessed. You will receive eternal glory and the crown of righteousness as a prize for rightly disposing of your wealth – wealth that in any case cannot last and must decay.

Be Generous to the Poor

Why do you think nothing of the future hopes that are stored up by those who despise the cares of the present time? Come, spread your wealth around, be generous, give splendidly to those who are in need. Then it will be said of you as it is in the psalms: He gave alms and helped the poor: his righteousness will endure for ever.

Poor in Hope of Eternal Happiness

But at the moment you are grumpy and no-one can get to you. You avoid meeting people in case you might be obliged be part with even a little of what you have. You can say only one thing: “I have nothing to give you. I am only a poor man.” Indeed you are poor and utterly destitute. Poor in love, poor in humanity, poor in faith in God, and destitute of any hope of eternal happiness.

For more info on St. Basil the Great, see When the Church Was Young: Voices of the Early Fathers.

For more on mercy, charity, and giving to the poor, see the  ALMSGIVING and MERCY SECTIONs of the Crossroads Initiative Library.

This excerpt comes from a sermon on generosity and charity in almsgiving by St. Basil the Great (Hom. De caritate, 3, 6: PG 31, 266-267, 275).   It appears in the Roman Catholic Office of Readings for Tuesday of the 17th week of Ordinary time.  The accompanying biblical reading is from 2 Corinthians 9: 1-15.   St. Basil, who lived in the fourth century, was one of the greatest of the Early Church Fathers, revered by Orthodox, Catholic, and Protestant Christians alike.

Born around 330AD, St. Basil the Great received the best education in pagan and Christian culture available in his day, studying in his native Cappadocia, Constantinople, and Athens. Yet St. Basil’s life changed course decidedly when he forsook a worldly career to embrace the monastic life. He lived a life of prayer and tranquility, far from the turbulence of city life until his bishop, Eusebius, called upon St. Basil in 364 to help defend orthodox Christianity against the Arian emperor, Valens. In 370 Basil was chosen to succeed Eusebius as bishop of Caesarea in Cappadocia. Here he found himself in the thick of the fray between those Orthodox, Catholic Christians who confessed Christ’s full divinity, and the various Arian parties who taught that Jesus was not equal to God the Father. He soon was also engaged in battling those called “Pneumatomachi” (“fighters against the spirit”) who denied the full divinity of the Holy Spirit. Yet he also is famous for his care for the poor, and build a series of hostels and hospitals around Caesarea to relieve their suffering. St. Basil the Great was one of the most influential of the Greek Fathers of the Church during the “Golden Age of the Fathers” (the 4th and 5th Centuries). St. Basil, his brother, St. Gregory of Nyssa, and his best friend, St. Gregory of Nazianzen, are known as “the Cappadocian Fathers” after the region of Asia Minor (modern Turkey) from which they came. His rule for monks set the tone for religious life in the East and his book On the Holy Spirit laid the groundwork for the clarification of the Spirit’s full divinity that was defined by the first Council of Constantinople in 381 AD. Together with his friend, St. Gregory of Nazianzen, St. Basil compiled the “Philocalia,” a selection from the works of Origen which grew to be a spiritual classic of Eastern Christianity. His three “Books Against Eunomius” are also important for their doctrine on Christ’s full divinity. His Monastic Rule forms to this day the basis of virtually all religious life in the Eastern Churches and the liturgy named after him is one of the principal liturgies of the Byzantine tradition. St. Basil the Great died in 379 AD, the year before the First Council of Constantinople finished the Creed we now recite each Sunday. He is venerated by the Orthodox Churches as one of the Three Holy Hierarchs and honored by Catholics as a Doctor of the Church. For more info on St. Basil the Great, see When the Church Was Young: Voices of the Early Fathers.  Biography by Dr. Italy