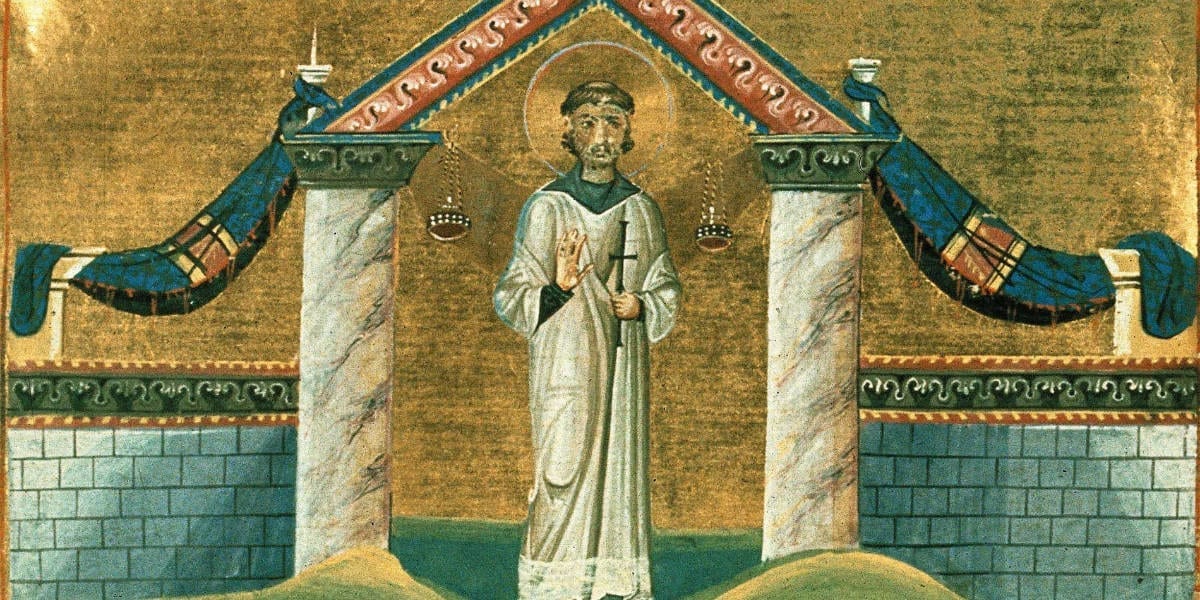 St. Vincent was a deacon of the Church of Saragossa, Spain in the first years of the fourth century. In the course of the brutal persecution of the emperor Diocletian, Vincent was apprehended and ordered to surrender the sacred books. When he refused, he was tortured mercilessly until he died a martyr in Valencia. Devotion to him quickly spread throughout the entire Church.  Here Augustine shows that Vincent’s feast day was observed in the Church of North Africa in his own time, in the early 5th century.

To you, said the Apostle Paul, it has been granted for Christ, not only to believe in him, but also to suffer for him.

The Endurance of St. Vincent

So do not any of you be too self-assured when offering a word; do not be too confident in your own powers when suffering trials or temptations; because it is from him that we have the wisdom to speak good things wisely, from him the patience to endure bad things bravely.

Call to mind the Lord Christ warning and encouraging his disciples in the gospel; call to mind the king of martyrs equipping his troops with spiritual weapons, indicating the wars to be fought, lending assistance, promising rewards; first saying to his disciples, In this world you will have distress; then immediately adding words that would allay their terrors: But have confidence: I myself have vanquished the world.

So why should we be surprised, dearly beloved, if Vincent was victorious in him by whom the world was vanquished? In this world, he says, you will have distress; such that, even if it distresses, it cannot oppress you; even if it knocks you down, it cannot knock you out.

The world mounts a double attack on the soldiers of Christ. It wheedles in order to lead them astray; but it also terrifies, in order to break them. Let us not be held fast by our own pleasures, let us not be terrified by someone else’s cruelty, and the world has been vanquished.

At each attack, Christ comes running to the defence, and the Christian is not vanquished. If, in this passion of Vincent’s, one only gave thought to human powers of endurance, it would begin to look unbelievable; but if one acknowledges divine power, it ceases even to be wonderful.

Serenity of the Martyr

Such hideous cruelty was being unleashed on the martyr’s body, and such calm serenity was displayed in his voice; such harsh, savage punishments being applied to his limbs, but such assurance echoing in his words, that we would have imagined that in some marvelous way, while Vincent was suffering, that it was someone else and not the speaker that was being tortured.

And indeed, my dearest brethren, that is how it was; undoubtedly that is how it was: someone else was speaking. Christ, you see, promised even this to his witnesses in the gospel, when he was preparing them for this sort of contest. For he said: Do not think beforehand about how or what you are to speak. For it is not you that are speaking, but the Spirit of my Father who is speaking in you.

For more resources on the Early Christian Martyrs, visit the MARTYRS & SAINTS section of the Crossroads Initiative Library.