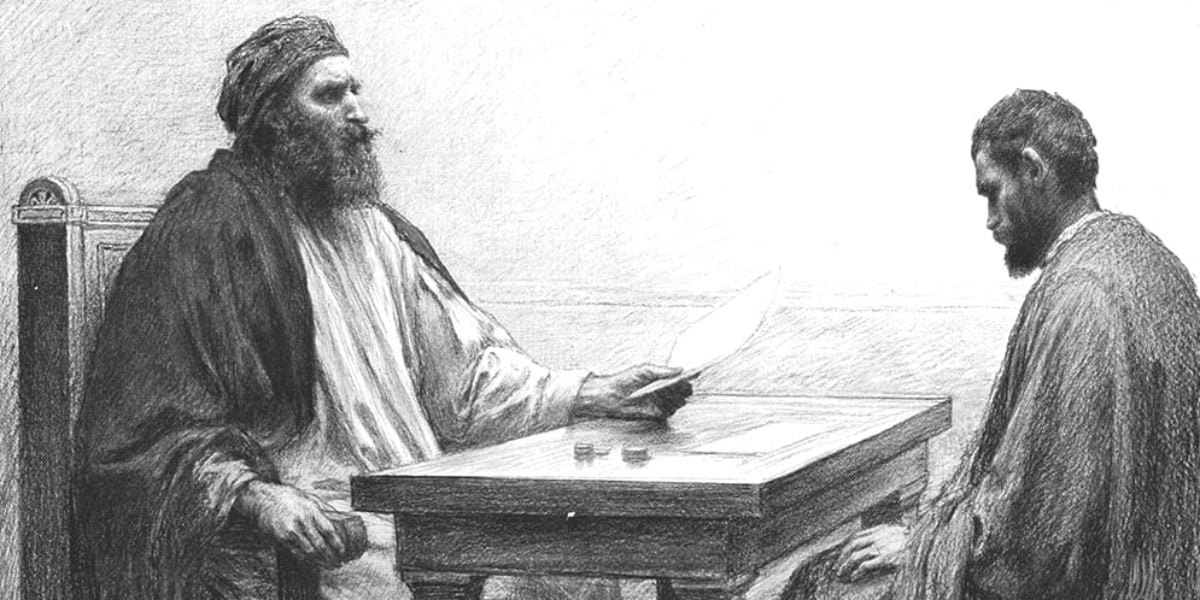 Stewardship – lessons from the Dishonest Steward

Stewardship . . . what does this term really mean? The parable of the dishonest steward in Luke 16 argues against the divorce between God and everyday life. Though it is idolatry to serve money, it is very important to serve God by the way we use money. Stewardship does not just mean giving to the church of time, talent, and treasure, but using prudence to increase the master’s property, taking initiative to be fruitful.

Our society tolerates religion, as long as it keeps to itself. After all, America is about the separation of Church and state, right? Education, entertainment, employment, politics are supposed to be “religion-free.” The removal of the Ten Commandments from an Alabama courthouse several years ago was just one sign of this misguided divorce between faith and life.

Like it or not, we are subtly influenced by this attitude and often exile God from entire areas of our everyday life. Thirty years ago, a Gallup poll called “Religion in America” demonstrated that 89% of regular churchgoers live their lives exactly in the same way as non-churchgoers–same rate of marital infidelity, cheating on income taxes, etc.

One area we keep God-free is politics. We’ve heard prominent Catholic politicians say they are personally opposed to abortion, but cannot bring their faith into their political decision-making. Another “God-free zone” is the financial arena. It is interesting that Jesus speaks much more in the gospels about money than about sex. And yet should politics or money be mentioned from the pulpit, many become indignant.

If we do hear about money in Church, it is often in the context of stewardship, of the obligation to give of our “time, talent, and treasure.” 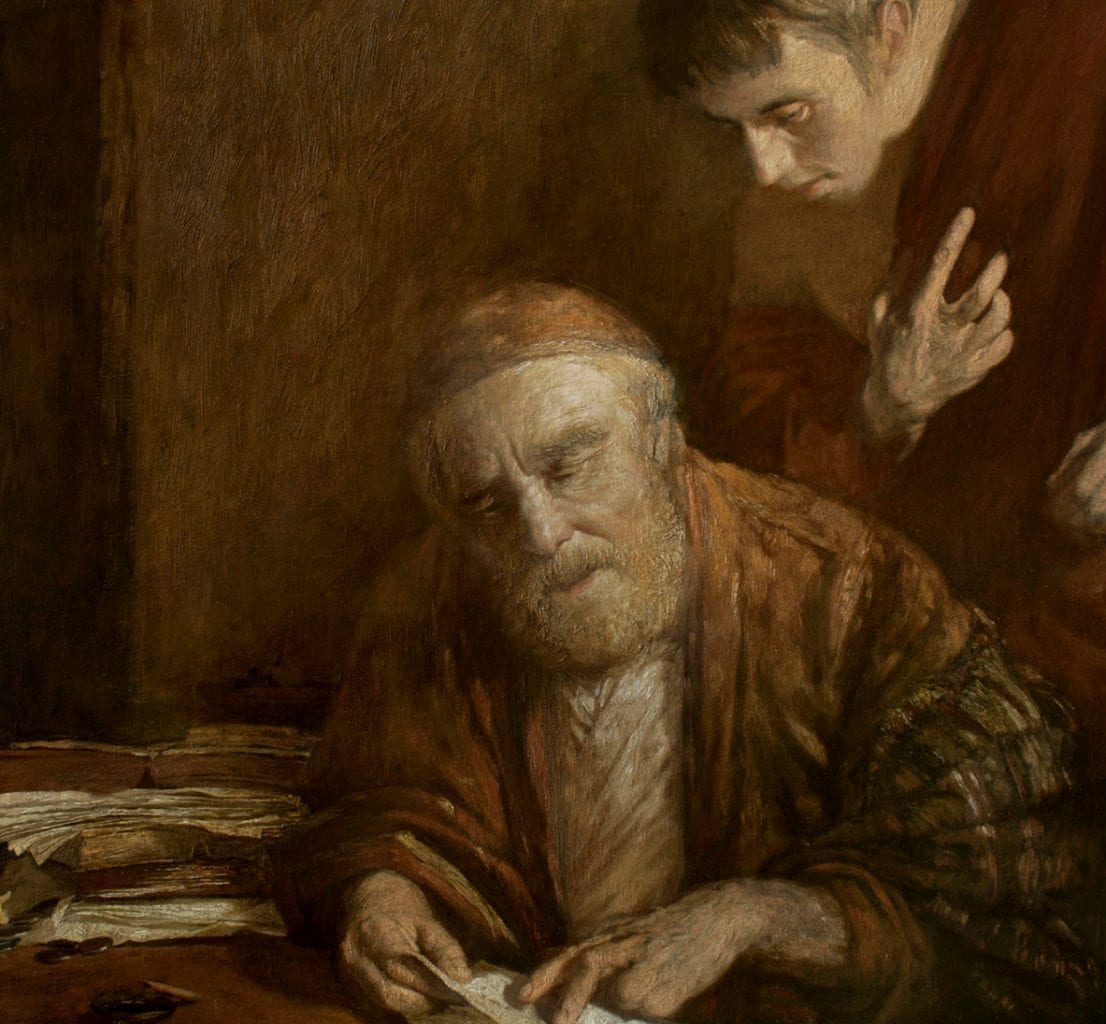 Parable of the Dishonest Steward

In Luke 16, Jesus provides a provocative lesson on stewardship. He presumes we know that a steward is someone entrusted with the administration of his master’s property. What is expected of the steward, anyway? To conserve his masters property and maintain it, of course. In this story, the master owns an agricultural business. The nature of a business is to turn a profit. The steward’s job, then, was not just to maintain the property, but to grow the business.

If you entrust hard-earned money to the stewardship of a stock broker, don’t you expect him to grow that portfolio? Remember the parable of the talents in Matthew 25– the master was very stern with the steward who preserved what he’d been given but failed to make it grow.

The steward in Luke 16 did not increase his master’s property. He squandered it. It is not clear if he did so through dishonest greed or by foolish business decisions. But in any case, he failed. When he was given a termination notice, he suddenly kicked into gear. To ingratiate himself with those who could provide for him after he lost his job, he wrote off part of their debt.

Scholars disagree about the meaning of this. Some say he did this dishonestly at the expense of his master. Others say that he was simply giving away his own commission. I think the latter makes more sense, since rather than rebuking him, his master praised him for his prudence.

Prudence means taking initiative to get something done, coming up with a plan, and being willing to sacrifice some present pleasures (his commission on a few deals) to generate long-term benefits.

The moral? How ironic it is that non-spiritual people often take more initiative, exercise more creativity, and expend more effort than spiritual people when it comes to getting what they want.

Stewardship means more than just throwing five bucks in the basket and signing up to help with the Lenten fish fry. It means realizing that all we have is entrusted to us by God and that we have an obligation to grow it, making it as fruitful as possible for his glory. The steward asks these questions: How can I free up the most time for the most important things – God, the Church, and family? How can I develop my talents so as to be most effective for God’s glory?

When it comes to money, good stewards ask: how can I make better use of the money I already have to further God’s work?

But another question often needs also to be asked: how can I generate more income so as to give more? Churches need to do this. We call that fund-raising. Christian individuals and families need to do this too. We call this employment, business opportunity, and investment. Making smart and profitable decisions in this regard is a spiritual and holy thing to do.

But what about Jesus’ warning that you can’t serve both God and Mammon? If financial decisions result in self-indulgence at the expense of honesty and justice (see Amos 8:4ff), then you are serving mammon. If your increased profits finance your family, your church, Christian education, evangelization, the crisis pregnancy center, or local homeless shelter, chances are you are serving God.

This post on what a dishonest steward can teach us about exercising prudence in stewardship – taking the initiative to use our time, talent and treasure to grow the master’s property.  It is a reflection on the Scripture readings for the 25th Sunday in ordinary Time, Cycle C (Amos 8:4-7; Ps 113; 1 Tim 2:1-8; Luke 16:1-13).  How to use money to serve God.

For more on a Christian approach to money and wealth, see the DISCIPLESHIP SECTION of the Crossroads Initiative Library.