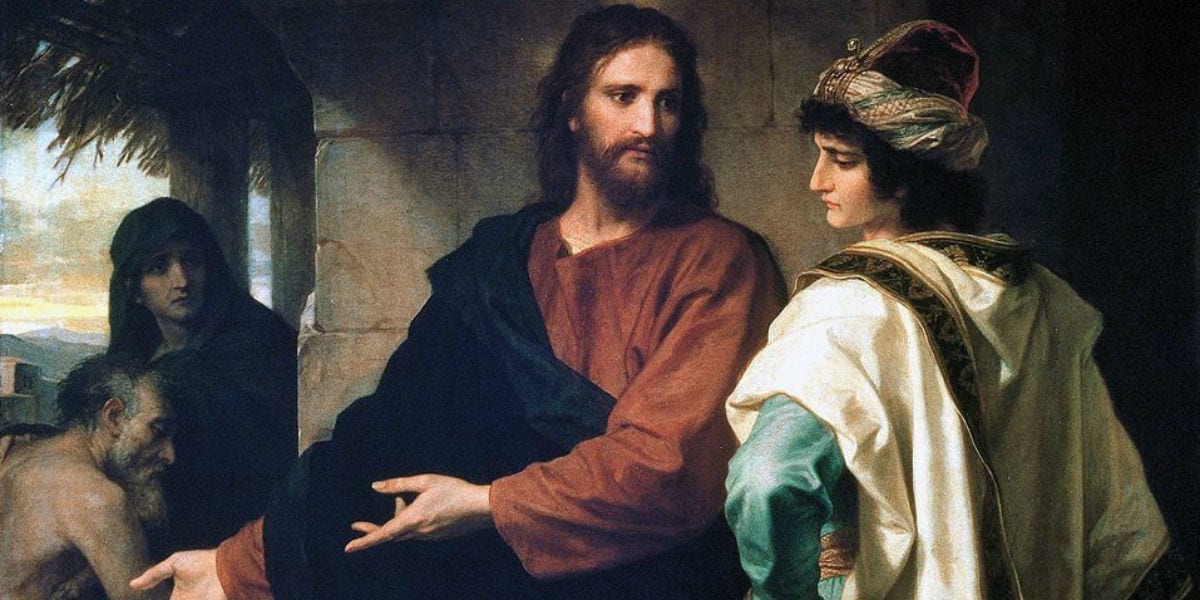 Both the Rich Young Man in Mark’s Gospel and King Solomon had a very difficult choice to make. In a similar moment of decision, what would be the desire of your heart? Wisdom and adventure, or comfort and convenience? Where do true riches…and security…lie?

He had already fulfilled all the elementary requirements. He was a decent person who hadn’t killed anybody, had honored his parents, and would never think of stealing another man’s goods or another man’s spouse. But he was curious – what would it take to advance beyond that to assurance of heaven, to perfection, to true intimacy with God?

Curiosity is not the same as desire. Curiosity has the itch to know but not necessarily the will to act.  True desire will pay any price to get what it wants.

Jesus decided to help this rich young man to get honest with himself, for he could see into the man’s heart. After all, Jesus is the Word of God made flesh, and Scripture says that God’s word penetrates the surface and drives deep into a person, like a double-edged sword.  So the gaze of the living Word penetrates. And now he speaks words that also penetrate and even sting a bit. “Go give what you have to the poor and you’ll have treasure in heaven. Then come follow me.”

Immediately the man’s countenance fell. He had not bet on this sort of response. More prayers and fasting he could handle perhaps. But giving up all that he’d worked for? And traipsing after this itinerant rabbi all over who-knows-where, not knowing where his next meal would be coming from — all this was all too much for him.

He wanted God as a part of his life. But he wasn’t ready to give God control of his life, to abandon himself completely, to find his whole identity and security in the Lord. His affluence provided him with a level of comfort and prominence that he’d learn to depend upon. It was just too scary to let go of that. 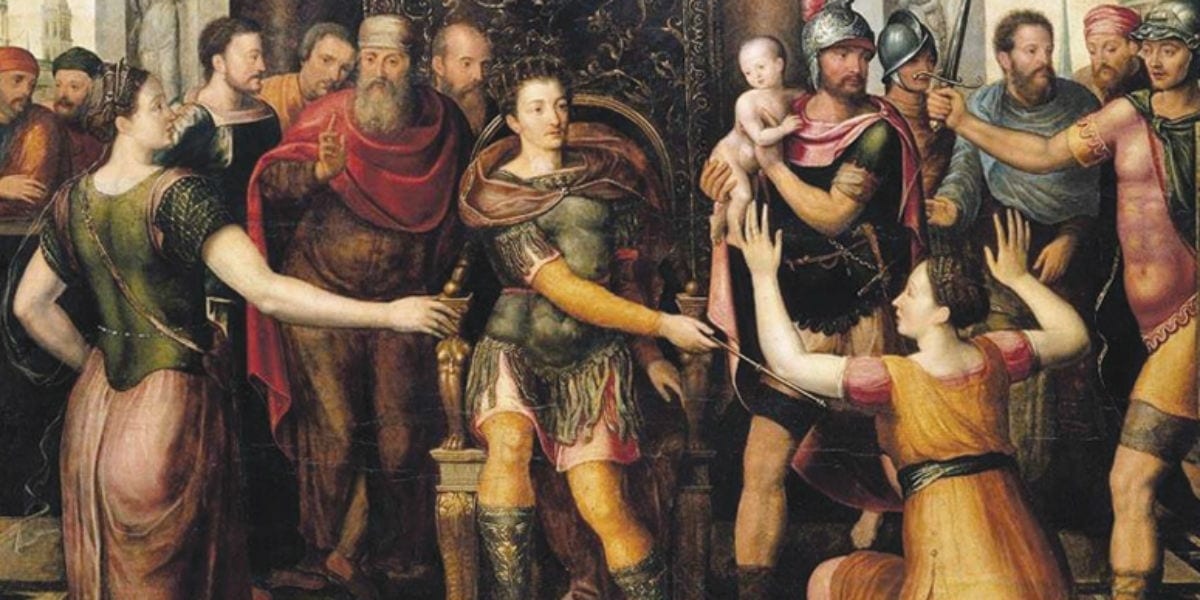 This was a crisis moment in his life, where a choice was set before him that would manifest his true spiritual condition.   Tragically, he utterly failed the heart monitor test.

Solomon – the Treasure of Wisdom

But there was another young man, a thousand years earlier, who faced the same sort of test and responded differently. His father had built him a very nice kingdom. At the very point at which he was to take over the reigns, the Word of God came to him and offered him anything he truly desired. What was his heart’s desire? To be given riches surpassing the wealth of all other kings on the planet? To be granted stunning military victory over all his enemies?

Solomon chose neither of these. He knew that God knew him better than he knew himself and that God loved him more than he loved himself.

If he alone was in control of vast armies and riches, he could lose them in a heartbeat, or use them to do more harm than good. If he alone were calling the shots, trying to make himself and his people happy, he’d probably end up miserable and make his people miserable.

Humility & the Fear of the Lord

Humility caused him to recognize his littleness and God’s greatness. This respect for God’s grandeur, otherwise known as fear of the Lord, is the beginning of wisdom. The first thing wisdom does is seek more wisdom. So that is what he asked for, God’s wisdom, God’s counsel, God’s help and even God’s control. Ironically, putting the reigns in God’s hands enabled this loving God to bring military success and prosperity greater than Israel had ever enjoyed before or since.

He Went Away Sad

Jesus points out how this works after the rich young man went away sad. Yes, those who give up precious relationships and possessions to follow Jesus will encounter hardship and persecution. But they will also receive, even in this life, infinitely more than they gave up and in the age to come, everlasting life.

But God can’t lead us on the adventure of a lifetime if we’re still clinging desperately to what we think will make us happy, with the reigns of our lives grasped tightly in our own hands.