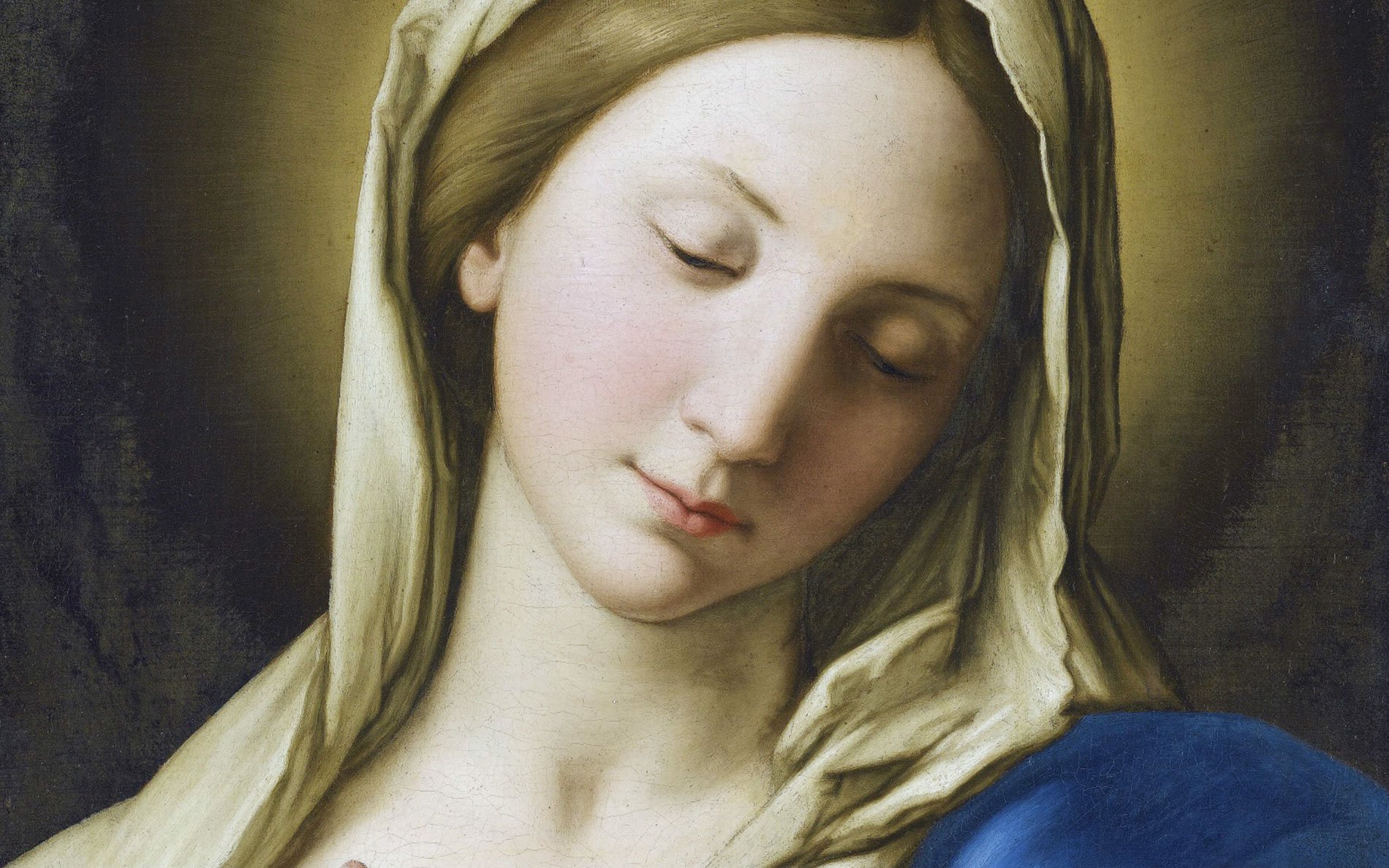 Augustine on the words of Jesus “anyone who does the will of my Father who sent me is my brother and sister and my mother” (Matthew 12:50; Mark 3:35).  This indicates Mary’s true greatness as a disciple, one who conceived not only in body, but in faith; Augustine urges us to emulate Mary’s motherhood through faith and evangelization in the reading used for the Feast of the Presentation of Mary.

Stretching out his hand over his disciples, the Lord Christ declared: Here are my mother and my brothers; anyone who does the will of my Father who sent me is my brother and sister and my mother.

I would urge you to ponder these words. Did the Virgin Mary, who believed by faith and conceived by faith, who was the chosen one from whom our Savior was born among men, who was created by Christ before Christ was created in her – did she not do the will of the Father? Indeed the blessed Mary certainly did the Father’s will, and so it was for her a greater thing to have been Christ’s disciple than to have been his mother, and she was more blessed in her discipleship than in her motherhood. Hers was the happiness of first bearing in her womb him whom she would obey as her master.

Mary heard the Word of truth and Kept it

Now listen and see if the words of Scripture do not agree with what I have said. The Lord was passing by and crowds were following him. His miracles gave proof of divine power. and a woman cried out: Happy is the womb that bore you, blessed is that womb! But the Lord, not wishing people to seek happiness in a purely physical relationship, replied: More blessed are those who hear the word of God and keep it. Mary heard God’s word and kept it, and so she is blessed. She kept God’s truth in her mind, a nobler thing than carrying his body in her womb. The truth and the body were both Christ: he was kept in Mary’s mind insofar as he is truth, he was carried in her womb insofar as he is man; but what is kept in the mind is of a higher order than what is carried in the womb.

Member & Mother of the Church

The Virgin Mary is both holy and blessed, and yet the Church is greater than she. Mary is a part of the Church, a member of the Church, a holy, an eminent – the most eminent – member, but still only a member of the entire body. The body undoubtedly is greater than she, one of its members. This body has the Lord for its head, and head and body together make up the whole Christ. In other words, our head is divine – our head is God.

Now, beloved, give me your whole attention, for you also are members of Christ; you also are the body of Christ. Consider how you yourselves can be among those of whom the Lord said: Here are my mother and my brothers. Do you wonder how you can be the mother of Christ? He himself said: Whoever hears and fulfills the will of my Father in heaven is my brother and my sister and my mother. As for our being the brothers and sisters of Christ, we can understand this because although there is only one inheritance and Christ is the only Son, his mercy would not allow him to remain alone. It was his wish that we too should be heirs of the Father, and co-heirs with himself.

Mothers of Christ, drawing others to Baptism

Now having said that all of you are brothers of Christ, shall I not dare to call you his mother? Much less would I dare to deny his own words. Tell me how Mary became the mother of Christ, if it was not by giving birth to the members of Christ? You, to whom I am speaking, are the members of Christ. Of whom were you born? “Of Mother Church,” I hear the reply of your hearts. You became sons of this mother at your baptism, you came to birth then as members of Christ. Now you in your turn must draw to the font of baptism as many as you possibly can. You became sons when you were born there yourselves, and now by bringing others to birth in the same way, you have it in your power to become the mothers of Christ.

This post is an excerpt from a sermon of Saint Augustine of Hippo (Sermo 25, 7-8: PL 46, 937-938).   It appears in the Roman Office of Readings for the Feast (liturgical memorial) of the Presentation of Mary on November 21. The feast of the Presentation of Mary commemorates the dedication of the church of Saint Mary which was built in Jerusalem near the site of the Temple. With Christians of the East, the Latin Church also recalls on this day the tradition (recorded in the 2nd century Protoevangelium of St. James) according to which Mary, while still a small child, was presented to the Lord in the temple by her parents, Saints Joachim and Anne.

For More on the Virgin Mary as the first disciple, read Dr. Italy’s article MARY, MODEL OF FAITH