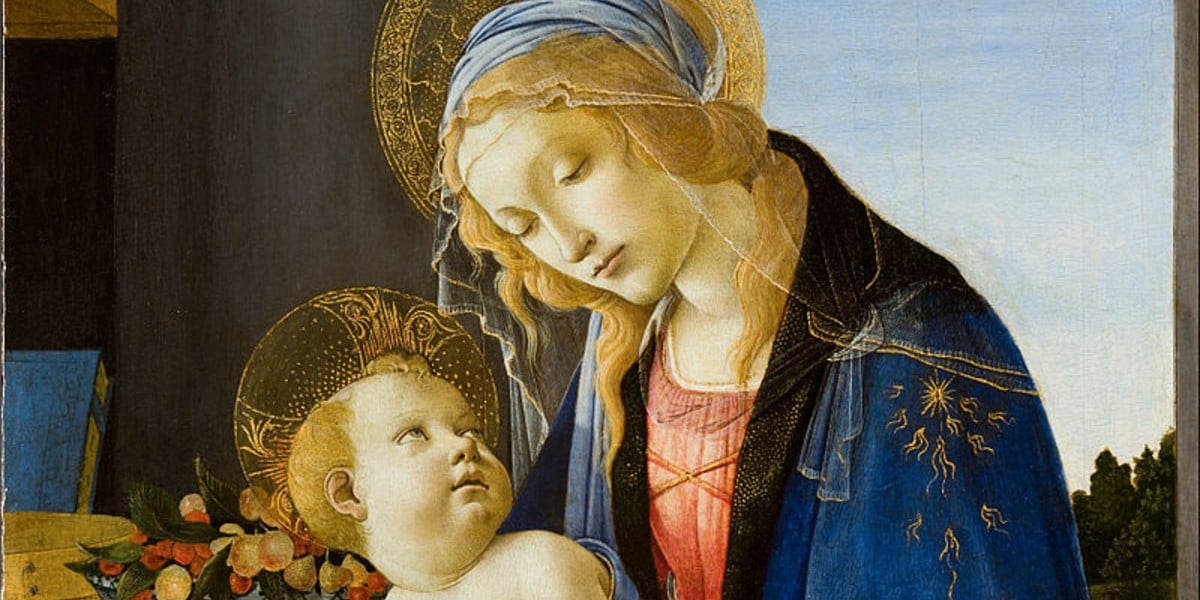 Immaculate Conception & Mary as a Model of Faith

The Gospel of Luke presents Mary, mother of Jesus,  as the model of faith, showing us what faith must include to be authentic and effective.  And imitating Mary’s virtue is key to an authentic Marian devotion and an adequate understanding of the deepest meaning of the Immaculate Conception — that it’s all about grace.

To LISTEN to this post on Mary read by Dr. Italy, click on the play arrow on the left, directly below this paragraph.

The Beatitudes rank high on the list of all-time favorite Bible passages. But what is beatitude, anyway?   In the bible, a “blessed” person is someone who has received gifts of the greatest value, gifts that lead to true fulfillment and lasting happiness.

If I were to ask you to name the first beatitude, you’d probably say “blessed be the poor in Spirit.”

According to Matthew you’d be right, but not according to Luke.  At the very beginning of his gospel, Luke reveals that the very first beatitude is uttered by a woman filled with the Spirit, speaking of another woman overshadowed by the Spirit.  Elizabeth says, “Blessed is she who has believed.” (Luke 1: 45).

Is Marian devotion important in Christian life?  This has been a bone of contention between Catholics and Protestants for nearly 500 years.

Blessed is She Who Has Believed

Let’s look at the evidence in just the first chapter of Luke.  First, the Angel Gabriel honors Mary with the greeting “Hail, full of grace” (Luke 1:29).  Then Elizabeth prophesies “blessed are you among women.”  Next the prophet John leaps for joy in his mother’s womb at the sound of Mary’s voice.  Then, in her response to Elizabeth, Mary prophesies “all generations will call me blessed” (Lk. 1:48).

But it is Elizabeth’s final words to Mary that hold the key to understanding why she is to be honored, namely, her faith.  “Blessed is she who has believed.”

By Grace, Through Faith

One of the battle-cries of the Protestant Reformation was “Faith Alone!”  One key conviction that united the many disparate strands of the Reformation was that it is impossible to earn God’s favor by our good works, but rather we receive his love as a pure gift, a grace, through faith.

Now consider Mary.  Did she crisscross the Mediterranean planting Churches like Paul?  Did she give eloquent sermons like Stephen (Acts 7).  Did she govern the Church like Peter?  No.  Her claim to fame is that she simply said yes to God.  She believed He could do as he said and would do as He said.

But true faith is not just intellectual conviction that God exists or that He can do thus and such.  Faith involves entrusting oneself, abandoning oneself to God, willing to submit to his will.

That’s why Paul talks about “the obedience of faith” (Romans 16:26).  She surrendered her plan for her life, and yielded to God’s plan.  And she did this not once, but again and again, even when he left her to begin his public ministry.  And when that ministry led to the horror of Calvary, her faith stood its ground at the foot of the cross.

So Catholics honor Mary for being the perfect example of the greatest Protestant virtue.  Ironic isn’t it?  And the deepest meaning of that disputed doctrine, the Immaculate Conception, is that it was the grace of God working mysteriously from the moment of conception that made possible Mary’s exemplary life of faith.  Even her faith is a gift of His grace.  It’s all grace, according to Catholic doctrine.

Mary, of course, knew this.  That’s why she responded to Elizabeth’s praise with the humble, exuberant prayer known as the Magnificat: “My soul magnifies the Lord, and my spirit rejoices in God my Savior.”  She is like the crystal-clear pool that reflects the suns rays back to the heavens. So no one needs to fear that honor given her will detract from the majesty of Her divine Son.  She deflects all the praise given her right back to God, the source of her greatness.

So the answer is that Marian devotion is indeed necessary in Christian life.  But what is true devotion to Mary according to the fathers of the Second Vatican Council?  Not sentimental piety or gullible preoccupation with every rumored apparition.  But rather, imitation of her virtues, particularly her faith (Lumen Gentium 67).

For a 15 minute PODCAST on this topic, listen to THE IMMACULATE CONCEPTION AND THE PROTESTANT REFORMATION.