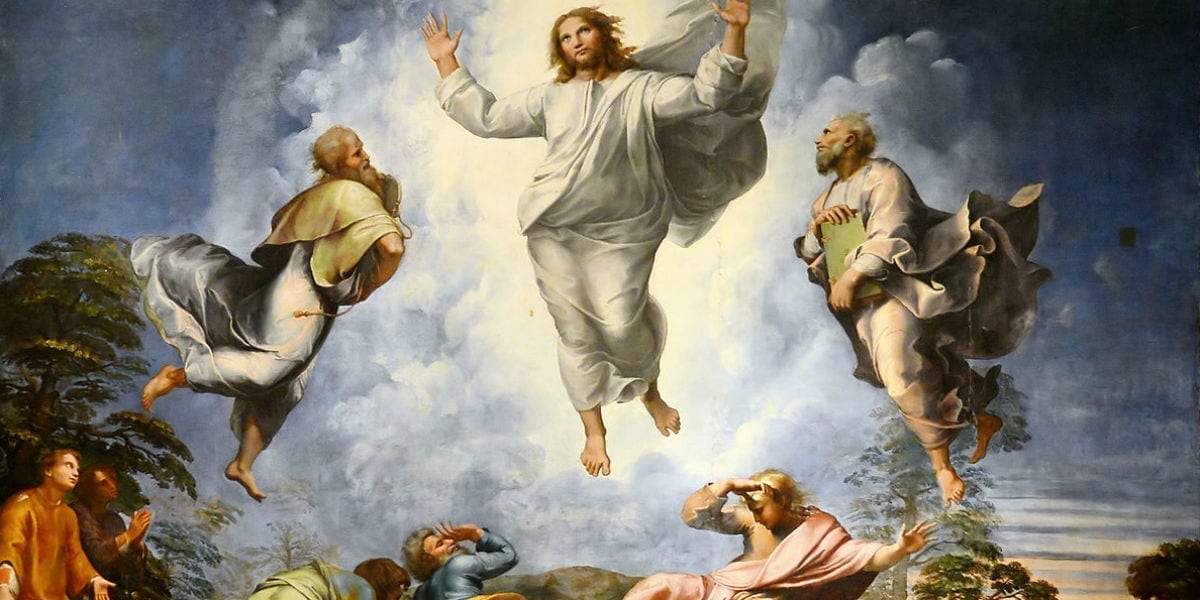 Commenting on the Transfiguration of the Lord on Mt. Tabor, Leo contrasts the law, symbolized by Moses, with the grace of the gospel brought by Jesus Christ.  He notes how this glimpse of the glory of his divinity and risen humanity was given to Peter, James & John to prepare them for the shock and scandal of the cross.

The Lord reveals his glory in the presence of chosen witnesses. His body is like that of the rest of mankind, but he makes it shine with such splendor that his face becomes like the sun in glory, and his garments as white as snow.

Surpassing glory vs. the Scandal of the Cross

The great reason for this transfiguration was to remove the scandal of the cross from the hearts of his disciples, and to prevent the humiliation of his voluntary suffering from disturbing the faith of those who had witnessed the surpassing glory that lay concealed.

With no less forethought he was also providing a firm foundation for the hope of holy Church. The whole body of Christ was to understand the kind of transformation that it would receive as his gift. the members of that body were to look forward to a share in that glory which first blazed out in Christ their head.

The Lord had himself spoken of this when he foretold the splendor of his coming: Then the just will shine like the sun in the kingdom of their Father. Saint Paul the apostle bore witness to this same truth when he said: I consider that the sufferings of the present time are not to be compared to the future glory that is to be revealed in us. In another place he says: You are dead, and your life is hidden with Christ in God. When Christ, your life, is revealed, then you also will be revealed with him in glory. 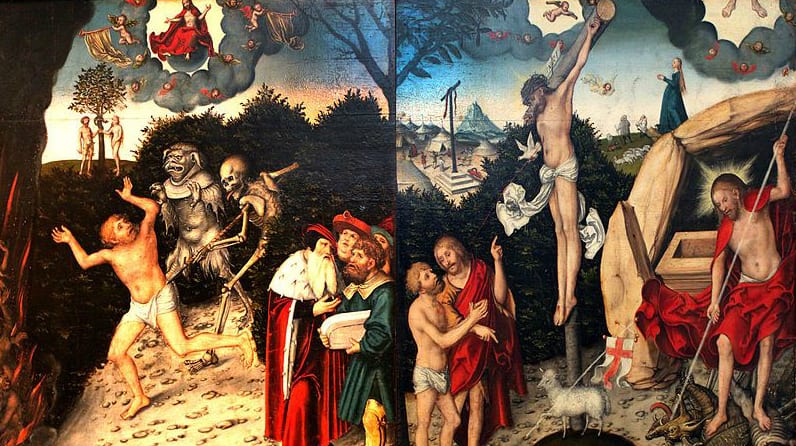 This marvel of the transfiguration contains another lesson for the apostles, to strengthen them and lead them into the fullness of knowledge. Moses and Elijah, the law and the prophets, appeared with the Lord in conversation with him. This was in order to fulfill exactly, through the presence of these five men, the text which says: Before two or three witnesses every word is ratified.

What word could be more firmly established, more securely based, than the word which is proclaimed by the trumpets of both old and new testaments, sounding in harmony, and by the utterances of ancient prophecy and the teaching of the Gospel, in full agreement with each other?

The writings of the two testaments support each other. The radiance of the transfiguration reveals clearly and unmistakably the one who had been promised by signs foretelling him under the veils of mystery.

As Saint John says: The law was given through Moses, grace and truth came through Jesus Christ. In him the promise made through the shadows of prophecy stands revealed, along with the full meaning of the precepts of the law. He is the one who teaches the truth of the prophecy through his presence, and makes obedience to the commandments possible through grace.

In the preaching of the holy Gospel all should receive a strengthening of their faith. No one should be ashamed of the cross of Christ, through which the world has been redeemed.

Rest through Toil, Life Through Death

No one should fear to suffer for the sake of justice; no one should lose confidence in the reward that has been promised. The way to rest is through toil, the way to life is through death. Christ has taken on himself the whole weakness of our lowly human nature. If then we are steadfast in our faith in him and in our love for him, we win the victory that he has won, we receive what he has promised.

When it comes to obeying the commandments or enduring adversity, the words uttered by the Father should always echo in our ears: This is my Son, the beloved, in whom I am well pleased; listen to him.

This is an excerpt from a homily by St. Leo the Great (Sermo 51, 3-4, 8: PL 54, 310-311, 313).  It explains the meaning of the Transfiguration of the Lord Jesus Christ on Mount Tabor in terms of a foretaste of glory before the scandal of the cross.  Saint Leo contrasts the law, symbolized by Moses, with the grace of the gospel brought by Jesus Christ, providing a great Lenten reading.  It appears in the Roman office of readings for the 2nd second Sunday in Lent, given that the gospel of the day is the Transfiguration (Luke 9:28ff).

For more on the meaning of Jesus transfiguration atop Mt. Tabor, see the TRANSFIGURATION SECTION of the Crossroads Initiative Library.

It is regrettable that so little is known about the early life of this man who proved to be such an extraordinary shepherd of the Catholic Church that he came to be known not only as Pope Saint Leo I, but also is one of the only two Popes in two thousand years to be called “the Great.” What we do know is that as a deacon of the Roman Church, before being elevated to the office of Pope in 440 AD, St. Leo the Great had opposed the heresy of Pelagianism which taught that grace was not necessary for salvation, but was rather a bonus that God granted to those who earned it by their good works.

St. Leo the Great was Pope during the middle of the fifth century, a troubled time when barbarian armies were ravaging the once mighty Roman Empire. For all intents and purposes, the Western Empire was in total political and military collapse and there was a vacuum of political leadership. Pope St. Leo filled the void and became the advocate for the temporal as well as spiritual needs of his flock. He is perhaps most famous for persuading Attila the Hun to abandon his plans to sack the city of Rome and to withdraw his forces beyond the Danube river (452). St. Leo once again was the spokesperson for the Roman citizenry in 455 when the Vandal barbarians swept into Central Italy, securing concessions from them.

Through both his powerful teaching and his leadership, Pope St. Leo the Great very much strengthened the office of the Papacy and made a strong biblical case for the Divine institution of this ministry by examining the biblical evidence for Peter’s unique role among the apostles. The writings that survive by St. Leo, besides his famous Tome, consist of 143 letters and 96 sermons. His sermons cover every season of the liturgical year and are a veritable treasure. They reveal to us a man with a clear and vigorous way of teaching the faith passed down from the apostles. St. Leo the Great died in 461, is regarded as one of the most important of the Western Fathers of the Church. He was declared a “Doctor of the Church” by Pope Benedict XIV.  For more info on St. Leo the Great, see When the Church Was Young: Voices of the Early Fathers. Biography by Dr. Italy