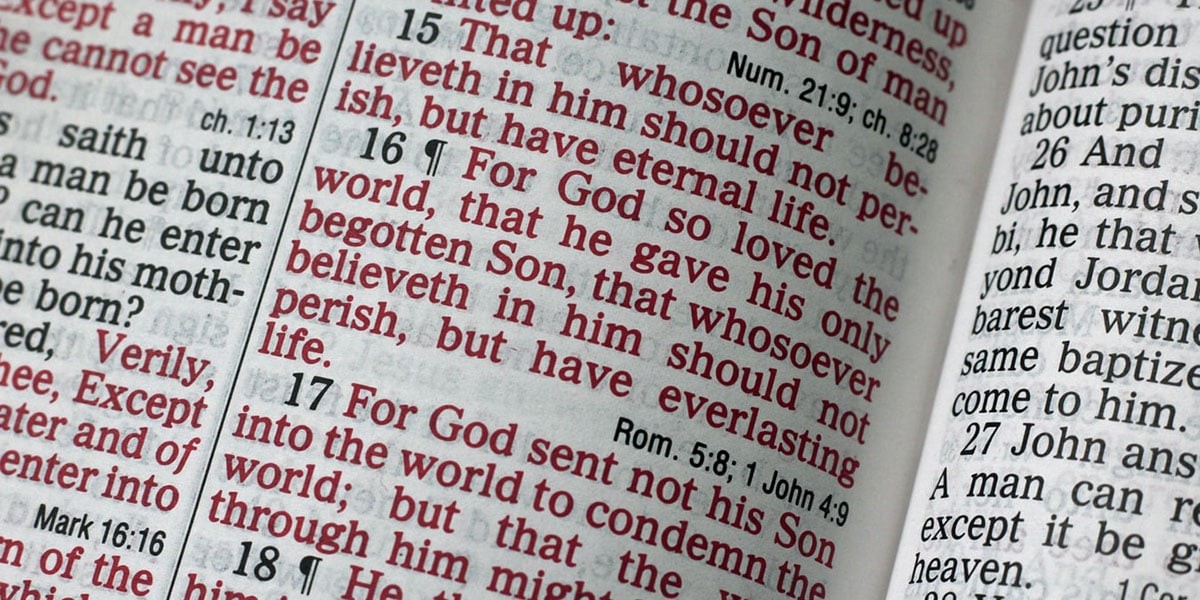 What does the term Tradition really mean? Is it opposed to the Bible? The sola scriptura principle of the Protestant Reformation assumed it was — here we examine this assumption in the light of a few key scriptures.  For the 22nd Sunday in Ordinary Time, cycle B.

One of the great battle cries of the Protestant Reformation was “sola scriptura!” Many thought that the Catholic Church had cluttered up the simple Christian faith by adding all sorts of practices, customs and doctrines over the centuries. They thought the Church in their day was guilty of exactly the same Pharisaical obsession with traditions condemned by Jesus in Mark 7:1-23. The solution, it seemed, was simple. Let’s purify the Church by ditching all these traditions and keeping the Bible alone.

Tradition – that which is Handed Down

But if we read this portion of the Bible closely, the Lord is not telling us that tradition is a dirty word. His apostle Paul, in fact, tells us in 2 Thessalonians 2:15 to “hold fast to the traditions you received from us, either by our word or by letter.”

“Tradition” simply means something that is handed or passed on from one person to another, one generation to another. One question to ask when examining any particular “tradition” is where it came from. Its value depends on its origin. Did it come from Jesus? His apostles? Some pious believers who lived centuries later?

Apostolic Tradition vs. traditions of the Pharisees

The traditions Paul passed down were divine (from the Lord) and apostolic traditions, like the meaning and importance of the Eucharist (1 Corinthians 11:23-34) or the death and resurrection of the Lord Jesus (I Cor 15:3-11) and so were of the utmost importance.

The traditions of the Pharisees were quite a different matter. They were not of themselves evil. But they were pious customs of human origin passed down to support the living out of the law.  Unfortunately, the Pharisees were incapable of distinguishing divine law from its human support system. Worse than that, they actually used pious customs as loopholes to help them get around the difficult demands of the Torah.

If you get your Bible out and read the full text of Mark chapter 7, you’ll get a clearer picture of this. Everyone knows that when God gave Moses and the Israelites the Ten Commandments, he meant business. The fourth commandment, “honor your father and mother,” means not just that young kids ought to do what their parents tell them, but that adult children should provide for the financial needs of aging parents, assuring they live out their declining years in honor and dignity. But the Pharisees appealed to a religious custom that absolved them from this weighty responsibility. They “dedicated” their money to God and thereby “sheltered” it, making it unavailable for parental support.

It’s not the tradition that’s the problem here, but the deviousness of the human heart that will use piety as an excuse to evade the obligations of true religion, which include looking after orphans and widows and presumably elderly relatives in their distress (James 1:27).

And this is exactly Jesus’ point in Mark 7. The kinds of foods we eat don’t make us spiritually impure. No, it is the foul things that come out of the deep recesses of the human heart, wounded by original sin, that separate us from God and each other and lead to all the misery in this world.

The Pharisees thought they’d purify Israel through dietary laws and religious customs.  Protestant Reformers of the 16th century thought they could purify the church by leaving behind ecclesiastical traditions and customs not explicitly found in the Bible. History has proven both endeavors to be futile.

The answer is simple. Let’s just commit ourselves to radical obedience to God’s Word.  Let’s admit our need, our sinfulness, our tendency to make excuses, and humbly, genuinely lay open our lives and hearts before God’s word and listen. As Moses tells us in Deuteronomy (4:1-8) and James tells us in his letter, let’s do more than listen. Let’s really hear and obey. Let’s give ourselves no wiggle room, but act on God’s word, regardless of how much it may cost us.

Banner/featured image: Photo of a page of Scripture by wisconsinpictures on Unsplash. Public domain.