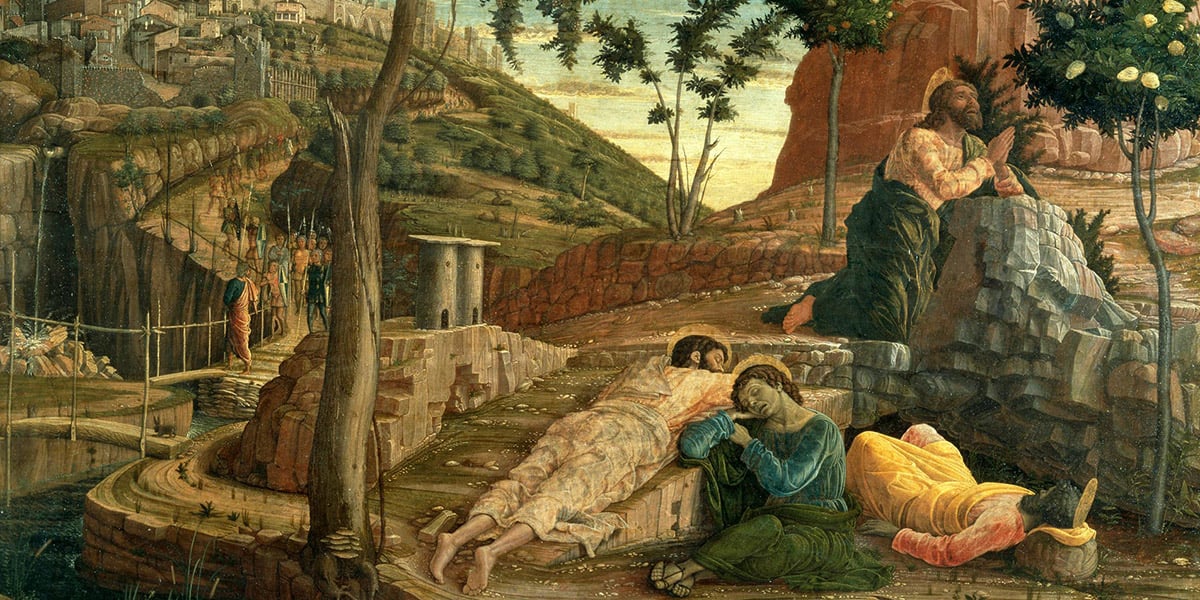 Home > Seasons  > Year B  > Lent B  > 5th Sunday Lent B  > A Love Stronger than Death – Unless a grain of wheat fall to the ground
Dr. Marcellino D'Ambrosio

As we approach Easter, the Church switches our focus from our Lenten sacrifices to a much more important sacrifice.  It was motivated by a love stronger than death, a choice for fruitfulness over comfort and safety.  Unless a grain of wheat fall to the ground and die, it remains just a grain of wheat.  For the 5th Sunday of Lent, B.

All of us want the very best for those we love. But as we pursue it, we often have a rude awakening. The best turns out to be quite expensive, whether you are dealing with homes, cars, or colleges. To get it will cost much time and money, maybe even some blood, sweat, and tears.

We are then presented with the opportunity for a gut-check. How badly do we really want the best? Is it a burning desire that is strong enough to propel us up the steep hill we need to climb to get to the top? Or would we rather just settle for less?

As Lent winds down and Holy Week approaches, the liturgical readings switch focus from our need for redemption to the dramatic choice looming before the Redeemer. He had leapt from heavenly glory to the indignity of a stable. He had left his mother for a band of uncomprehending disciples and a fickle crowd.

That was all hard enough. But now, if he would fulfill the Father’s plan to deliver us from the bondage of sin, even more would be required.

Hebrews 5 mentions Jesus’ tears and loud cries to God, recalling the agony he experienced in the garden. The Garden of Gethsemane, by the way, is on the slope of a mountain. The guards approaching the garden with their torches were visible to Our Lord from a long way off, as they made their way along the Kidron Valley. Jesus saw them coming. He could have simply walked over the crest of the Mount of Olives and disappeared into the Judean wilderness. 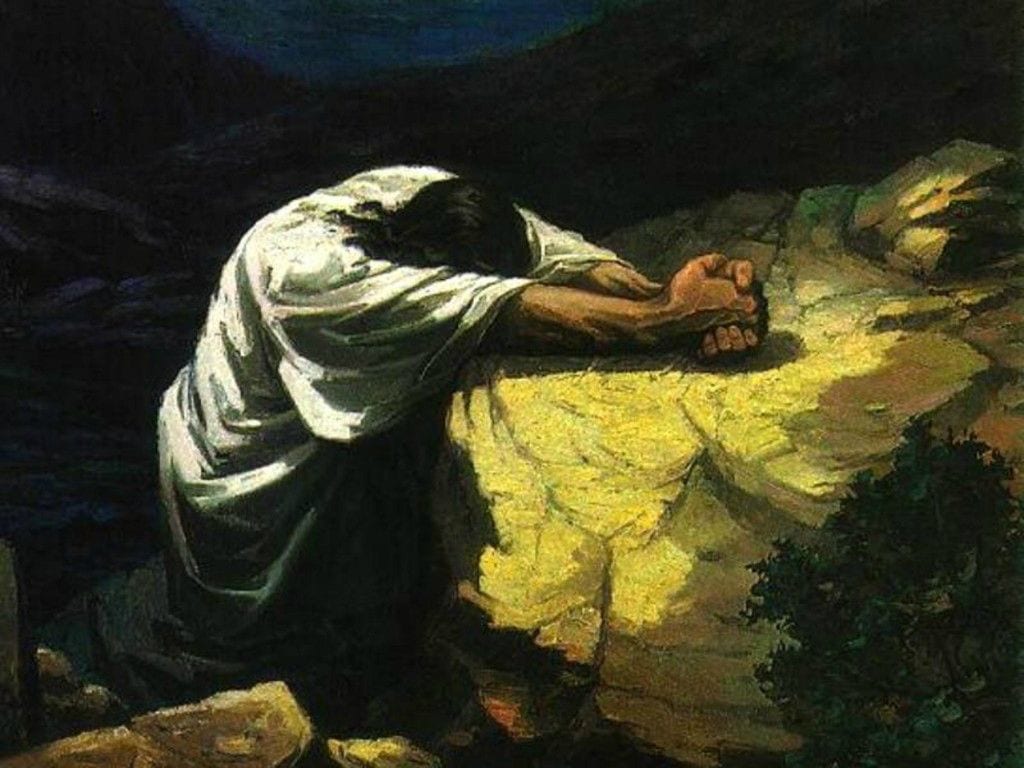 To tell the truth, he “saw them coming” weeks before that and could have eluded them at any time.

But his burning desire to save us was greater than his natural aversion to torture. His love was even stronger than death. Unless a grain of wheat fall to the ground and die, it remains just a grain of wheat. But if it dies, it produces much fruit.

Jesus knew that his death would be fruitful beyond all imagining. And being fruitful was more important to him than being comfortable.

We gratefully celebrate this love in every Eucharist, remembering it most solemnly during Holy Week.

But the Lord calls us not just to remember his sacrifice, but to imitate it. We are called to be not just believers, but disciples. Jesus renounced his natural human life, but was given in return a new, risen, humanity which explodes the limits of the human existence that we know.

We all have a life that we’re rather attached to, with people, places, things, and activities that we are comfortable with.  After all, my life may not be perfect, but it is familiar. And it’s mine. The Lord invites me not just to give up chocolate for a few weeks, but to give up myself. He asks me to die to my own plans, my own will, and put my destiny entirely in his hands.

No Longer I who Live

Incidentally, that is precisely what baptism is supposed to mean – that it is no longer I that live, but Christ that lives in me (Galatians 2:19b-20). That I’m no longer in the driver’s seat, but I’ve put Jesus there. That all that is dearest to me, I’ve put on the altar and will only take it back if the Lord gives it back.

Why would we do such a radical thing?

Only if we truly believe that planting the seed of our lives and dreams in the fertile soil of the Lord’s vineyard will produce much fruit. That we, like the apostles, will grow to be more than we’d ever hoped we’d be. That he would do through us, as through them, more than we’d ever dreamt possible.

So here’s the question: is being fruitful was more important to you than being safe . . . or comfortable . . . or in control?

This post focuses on a love stronger than death and the fruitfulness of the grain of wheat that falls to the ground and dies.  It reflects upon the readings for the 5th Sunday in Lent, liturgical cycle B (Jeremiah 31:31-34; Psalm 51, Hebrews 5:7-9; Gospel of John 12: 20-33).

For more great ideas for the passion, see the passion section of the Crossroads Initiative Library.