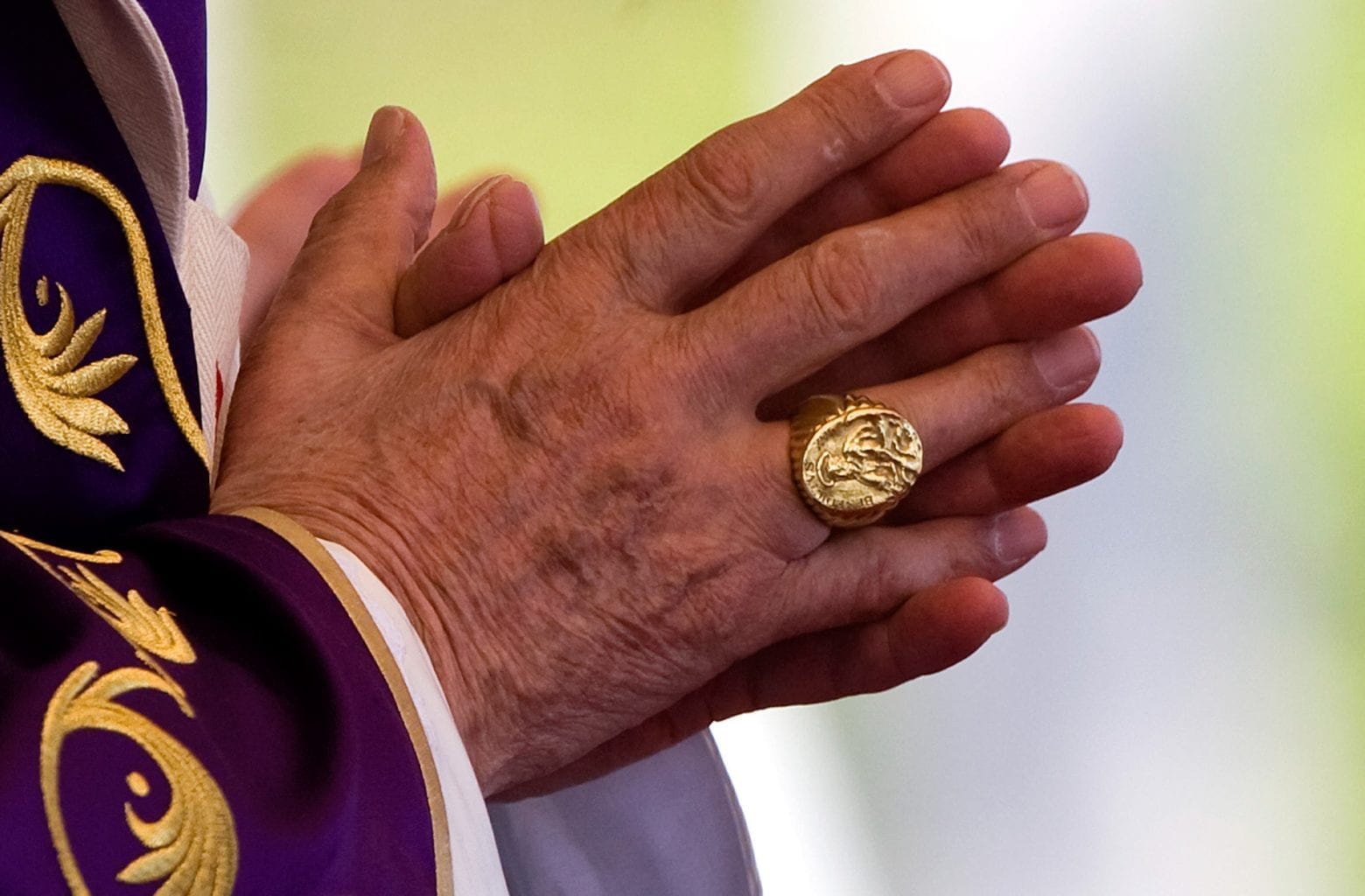 This excerpt from the Second Vatican Council’s Dogmatic Constitution on Divine Revelation (Dei Verbum) chapter II paragraphs 7-10 treats of the nature and purpose of Tradition as a vehicle for the transmission of Divine Revelation.  It also addresses he role of the Magisterium (Episcopal Teaching Office) in the interpretation of both Scripture and Tradition.

In His gracious goodness, God has seen to it that what He had revealed for the salvation of all nations would abide perpetually in its full integrity and be handed on to all generations. Therefore Christ the Lord in whom the full revelation of the supreme God is brought to completion (see Cor. 1:20; 3:13; 4:6), commissioned the Apostles to preach to all men that Gospel which is the source of all saving truth and moral teaching, (1) and to impart to them heavenly gifts.

This Gospel had been promised in former times through the prophets, and Christ Himself had fulfilled it and promulgated it with His lips. This commission was faithfully fulfilled by the Apostles who, by their oral preaching, by example, and by observances handed on what they had received from the lips of Christ, from living with Him, and from what He did, or what they had learned through the prompting of the Holy Spirit. The commission was fulfilled, too, by those Apostles and apostolic men who under the inspiration of the same Holy Spirit committed the message of salvation to writing. (2)

But in order to keep the Gospel forever whole and alive within the Church, the Apostles left bishops as their successors, “handing over” to them “the authority to teach in their own place.”(3) This sacred tradition, therefore, and Sacred Scripture of both the Old and New Testaments are like a mirror in which the pilgrim Church on earth looks at God, from whom she has received everything, until she is brought finally to see Him as He is, face to face (see 1 John 3:2).

8.  And so the apostolic preaching, which is expressed in a special way in the inspired books, was to be preserved by an unending succession of preachers until the end of time. Therefore the Apostles, handing on what they themselves had received, warn the faithful to hold fast to the traditions which they have learned either by word of mouth or by letter (see 2 Thess. 2:15), and to fight in defense of the faith handed on once and for all (see Jude 1:3) (4) Now what was handed on by the Apostles includes everything which contributes toward the holiness of life and increase in faith of the peoples of God; and so the Church, in her teaching, life and worship, perpetuates and hands on to all generations all that she herself is, all that she believes.

This tradition which comes from the Apostles develop in the Church with the help of the Holy Spirit. (5) For there is a growth in the understanding of the realities and the words which have been handed down. This happens through the contemplation and study made by believers, who treasure these things in their hearts (see Luke, 2:19, 51) through a penetrating understanding of the spiritual realities which they experience, and through the preaching of those who have received through episcopal succession the sure gift of truth. For as the centuries succeed one another, the Church constantly moves forward toward the fullness of divine truth until the words of God reach their complete fulfillment in her.

The words of the holy fathers witness to the presence of this living tradition, whose wealth is poured into the practice and life of the believing and praying Church. Through the same tradition the Church’s full canon of the sacred books is known, and the sacred writings themselves are more profoundly understood and unceasingly made active in her; and thus God, who spoke of old, uninterruptedly converses with the bride of His beloved Son; and the Holy Spirit, through whom the living voice of the Gospel resounds in the Church, and through her, in the world, leads unto all truth those who believe and makes the word of Christ dwell abundantly in them (see Col. 3:16).

9. Hence there exists a close connection and communication between sacred tradition and Sacred Scripture. For both of them, flowing from the same divine wellspring, in a certain way merge into a unity and tend toward the same end. For Sacred Scripture is the word of God inasmuch as it is consigned to writing under the inspiration of the divine Spirit, while sacred tradition takes the word of God entrusted by Christ the Lord and the Holy Spirit to the Apostles, and hands it on to their successors in its full purity, so that led by the light of the Spirit of truth, they may in proclaiming it preserve this word of God faithfully, explain it, and make it more widely known.

Consequently it is not from Sacred Scripture alone that the Church draws her certainty about everything which has been revealed. Therefore both sacred tradition and Sacred Scripture are to be accepted and venerated with the same sense of loyalty and reverence.(6)

10. Sacred tradition and Sacred Scripture form one sacred deposit of the word of God, committed to the Church. Holding fast to this deposit the entire holy people united with their shepherds remain always steadfast in the teaching of the Apostles, in the common life, in the breaking of the bread and in prayers (see Acts 2, 42, Greek text), so that holding to, practicing and professing the heritage of the faith, it becomes on the part of the bishops and faithful a single common effort. (7)

Magisterium – the teaching office  of the Church

But the task of authentically interpreting the word of God, whether written or handed on, (8) has been entrusted exclusively to the living teaching office of the Church, (9) whose authority is exercised in the name of Jesus Christ. This teaching office is not above the word of God, but serves it, teaching only what has been handed on, listening to it devoutly, guarding it scrupulously and explaining it faithfully in accord with a divine commission and with the help of the Holy Spirit, it draws from this one deposit of faith everything which it presents for belief as divinely revealed.

It is clear, therefore, that sacred tradition, Sacred Scripture and the teaching authority of the Church, in accord with God’s most wise design, are so linked and joined together that one cannot stand without the others, and that all together and each in its own way under the action of the one Holy Spirit contribute effectively to the salvation of souls.

This excerpt from the Second Vatican Council’s Dogmatic Constitution on Divine Revelation (Dei Verbum) treats of the nature and purpose of Tradition as a vehicle for the transmission of Divine Revelation and the role of the Magisterium (Episcopal Teaching Office) in the interpretation of both Scripture and Tradition.

For more on the Teaching Authority of the Catholic Church, see the Magisterium Section of the Crossroads Initiative Library.