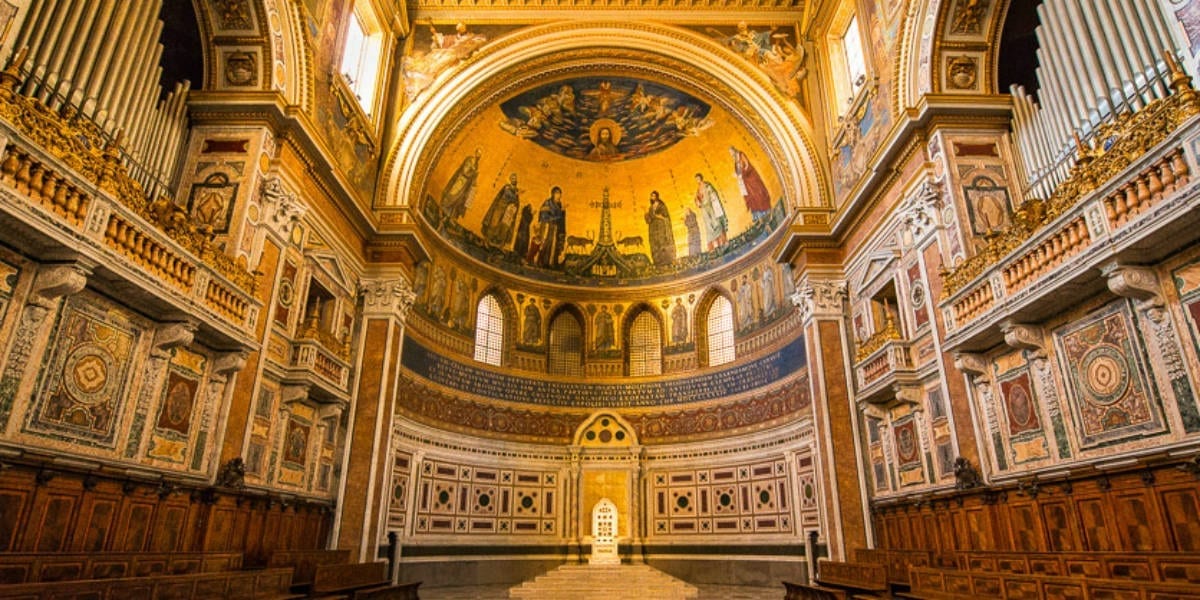 The Feast of the Dedication of the St. John Lateran Basilica in Rome on November 9th raises an important question: “why do Roman Catholics and other Christians spend so much money on Church buildings when it is the people who are the true Church and temple of God?”

As a rebellious teenager, I thought the Catholic church should stop wasting its money on expensive churches. We ought to sell them all and buy food for the poor, I argued.

Funny thing. Jesus, who cared much for the poor, did not have this attitude. As an adolescent he yearned to spend time in Herod’s sumptuous Temple (Luke 2). As an adult, he defended its integrity against the money changers (John 2). St. Francis of Assisi, who gave away all his possessions, begged for money to buy materials to restore ruined churches which he rebuilt with his own hands.

Why this high regard for church buildings? Ezekiel 47 gives us one important reason. Because the liturgical worship that goes on inside, most especially the Eucharist, is the “source and summit” of our entire Christian life.

The Church as a Haven & Refuge

The world is a dusty, tiring place that often beats us down. The Church building is a haven, a quiet refuge, a place to encounter God. Here we drink deeply of the life-giving waters of word and sacrament that revive our drooping spirits (Psalm 23). The grace that flows from the altar bears us back into the world, changed, and able to change others, bringing healing and bearing fruit.

Saint Paul, in I Corinthians 3, gives us another reason to honor Churches. George Fox, the founder of the Quakers, concluded from this passage that if we Christians are the Church, we should call our places of worship “steeple-houses.” To call buildings “churches” obscures the fact that we are the Church.

The Building as a Mirror

The Judeo-Christian Tradition sees it differently. The Church building is a mirror that, held up before us, reminds us of who we are. The world tells us that we are consumers, employees and voters, and flashes a constant stream of icons at us every day to remind us of this. The Church building is an icon that reminds us of our deepest identity. As we gather for Sunday worship, we who were scattered by diverse loyalties, professions, and life-styles, are now united as the Body of Christ and dwelling place of the Spirit.

How does a person enter the Church? Through the cleansing waters of baptism. Maybe that’s why there are holy water fonts at the doors of most Catholic churches. Maybe those statues of saints are there to remind us that we are “fellow citizens with the saints and members of the family of God” (Ephesians 2:19f).

So what about all the expensive treasures of architecture, painting, sculpture, and stained glass? Sell them all and use the proceeds to buy food for the poor? What then would the poor have?

In Texas, we have a homestead law that seeks to guarantee that no matter what financial misfortunes might befall people, they will not lose their homes. The loss of one’s home is a loss of one’s dignity. Our churches, from the local chapel to St. Peter’s Basilica, belong not to the hierarchy, but to the whole family. They’ve been given to us by the hard work and contributions of our forebears to remind us of our dignity as sons and daughters of the living God. 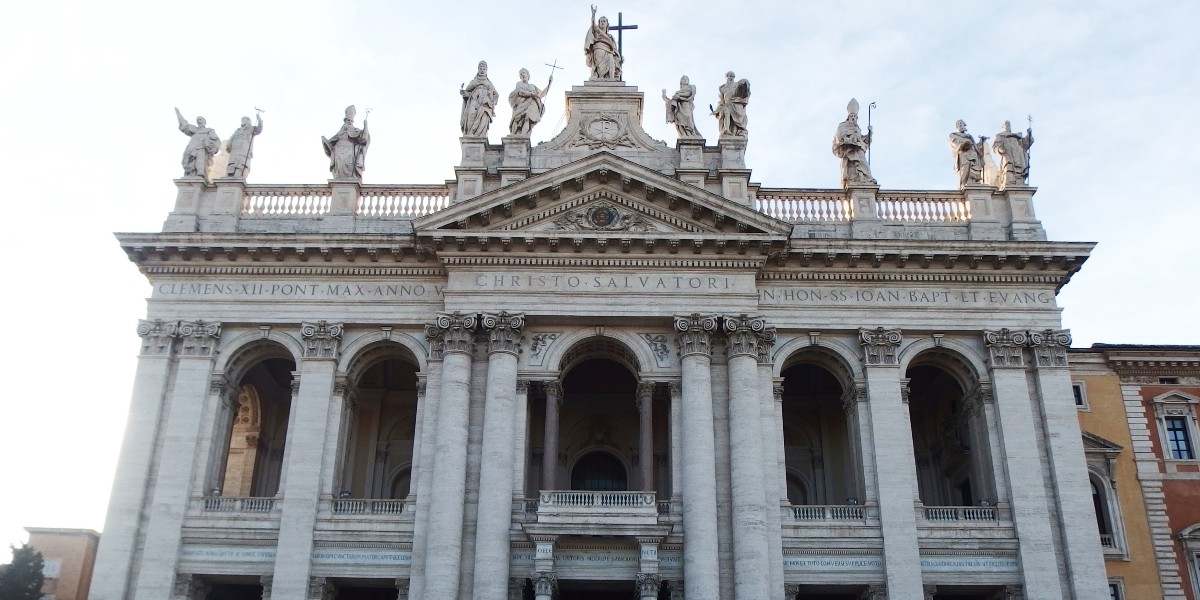 Banner/featured image of the Basilica of St. John Lateran by Palickap. Public domain.

The Basilica of St. John Lateran

The Lateran Basilica, whose dedication we celebrate every November, was donated to the Church by Constantine soon after he legalized Christianity in AD 313. Ever since it has been, as the official cathedral of the Pope, the mother church of all Christendom, the cathedral of the world.

It is there that the most powerful pope of the middle ages, Innocent III, had a dream of a magnificent church breaking apart only to be shored up by a poor man in a beggar’s robe. Soon afterwards, a group of beggars from Assisi arrived, led by a man named Francis, asking for his approval for their lifestyle and work. Prepared by his dream, he recognized the hand of God, and encouraged a movement that renewed the Church.

The Purification & Rebuilding of the Church

As we meditate on this feast, let us allow zeal for God’s house to consume us as it did Jesus and Francis, that we may embrace the task of purification, renewal and rebuilding given us by the Council that met in another great Roman basilica some fifty years ago.

This post on the Dedication of the St. John Lateran Basilica in Rome is a reflection on the Scripture readings for the Feast of the Dedication of the Lateran Basilica on November 9 (Ezekiel 47:1-12; Psalm 46, I Corinthians 3:9-17; John 2:13-22).  The Lateran Basilica and the land surrounding it once belonged to the Roman Emperor Constantine, who gave it to the bishop of Rome in compensation for the Church property confiscated and destroyed during the years of persecution.  It thus became the Pope’s residence and continued as such until the 14th century when the pontiff’s residence was moved to the Vatican.  It remains even today the official cathedral of the church of Rome and thus the Mother Church of Western Christendom.