Why We Stone Prophets

The prophets of the Old and New Testaments show us that sometimes love demand that we speak truth that people don’t want to hear.  Jeremiah was thrown into a cistern; Jesus was run out of Nazareth. This shows us that God’s messengers shouldn’t expect honor, respect, and popularity.  For the 4th Sunday in Ordinary time, cycle C.

One of the themes of Pope Francis at World Youth Day 2013 was to “shake things up.”

This is quite different from the prevailing wisdom: “In polite conversation, never bring up politics or religion.” That’s the advice I was given as a child.

And it’s good advice, too, if your main goal is to make sure everybody likes you. Politics and religion are risky because they involve deeply held convictions, and if you happen to challenge these convictions, you get the same reaction that a dentist gets when his probe hits a nerve.

But politeness at any cost is not God’s style. The reason for this is that God is love, and love is more concerned about the welfare of others than with one’s own image. So if someone is on a seemingly pleasant canoe ride down a lazy river, love cares enough to warn the passengers that Niagara Falls is up ahead.

“But everyone is entitled to his or her own opinion.” Opinions don’t change the fact that going over the falls in a canoe will probably kill you.

Religious and moral choices are like this. They set one on a course that leads either to a safe harbor or over the falls. Sex outside of marriage, intoxication with drugs and alcohol, honoring Jesus but rejecting the authority of His Church, all these choices have very unpleasant, even deadly, consequences.

The Role of a Prophet

So God sends prophets (the Greek word means “spokesmen”) whose role includes warning people that they are headed over the falls. You’d think people would be grateful for the heads up. But often people respond to bad news by killing the messenger.

Why is this? Because somehow we’ve gotten the idea in our heads that we are basically “good people” whom God ought to appreciate, and that our beliefs and lifestyle are at least as good as all others.

When a prophet calls these comforting illusions into question, we find it threatening and uncomfortable. If the prophet is right, then we need to change.  Change always means pain and we just don’t like pain.

Reactions to Jesus and Jeremiah

Jeremiah and Jesus both are dealing with people who think that they are “good people.” After all, they are God’s chosen people. They offer sacrifices. God is on their side.

So they respond to Jeremiah’s warnings by eliminating the source of pain. They throw him into a muddy cistern and he narrowly escapes with his life. Jesus, in Luke 4, eludes the people of Nazareth when they want to throw him over the hill, but ultimately gives his life for those who cry out “Crucify him!” 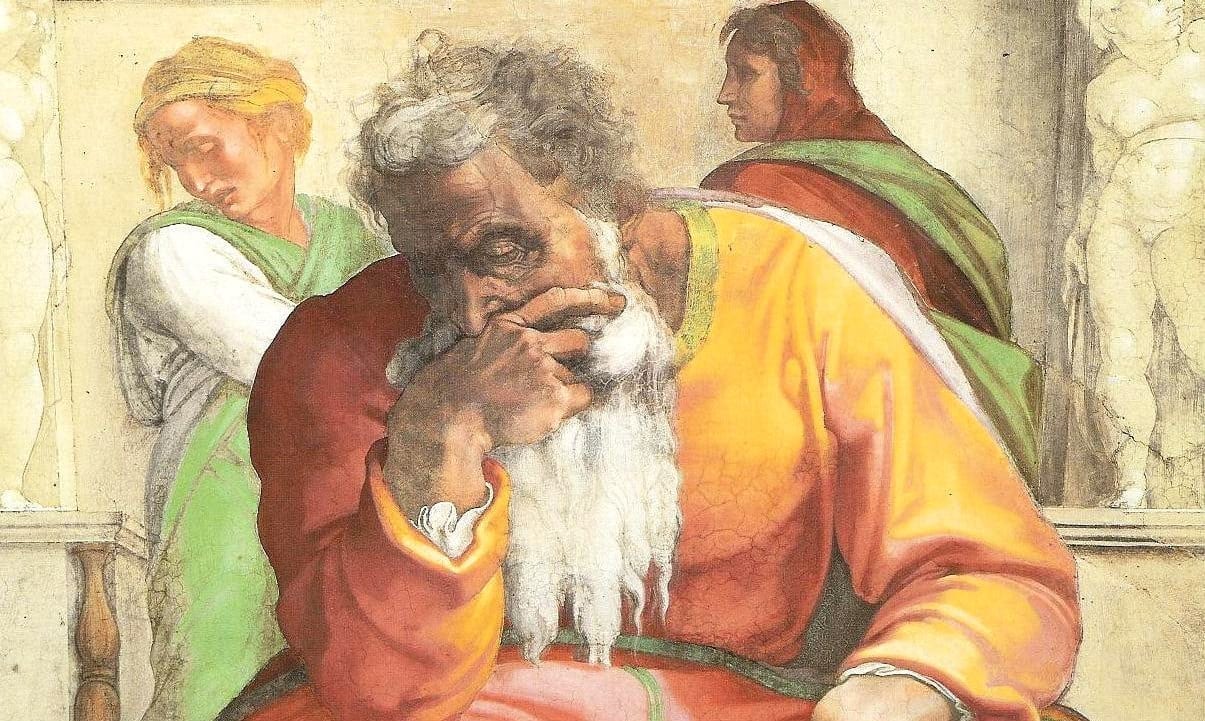 So if this is how people are going to respond, why bother to rock the boat? Why stick your neck out?

Faithful does not always mean Successful

Because people have a right to the truth, whether they end up heeding the truth or not. The prophet’s responsibility is to speak God’s word as clearly and convincingly as possible. What people will do with that word is not under his control. Mother Teresa was fond of saying that God does not require us to be successful; he requires us to be faithful.

At first glance, Jeremiah did not have much “success.” His listeners totally ignored him, the Babylonians destroyed Jerusalem, and Israel was taken into exile. On Good Friday, it did not look like Jesus had been successful either. But 300 years later the Romans who crucified him were now worshiping him, and the lives that had been forever changed were too numerous to count.

All Called to be Prophets

We who have been confirmed have been given a share in Christ’s prophetic anointing. If our goal is to be everybody’s buddy, we are going to have a hard time being faithful. The word that God commands us to share is sometimes comforting, sometimes disturbing. We must get over our fear of offending people and love them enough to tell them the truth.

Love is not about being sentimental. The love of God, spoken about in 1 Corinthians 13, is tough love.

For more on Jesus as a prophetic witness to the truth, see the JESUS SECTION of the Crossroads Initiative Library.