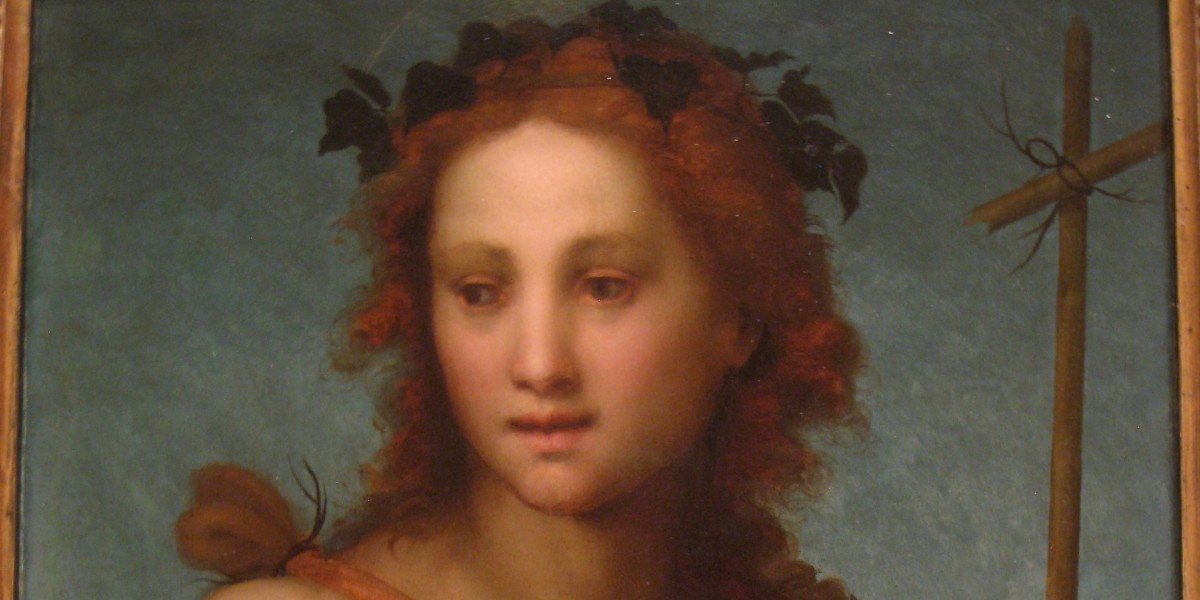 Birth of John the Baptist – Augustine

John the Baptist (aka the forerunner is the only Saint other than the Virgin Mary whose birthday is marked by the highest class of liturgical feast, a Solemnity. Here Augustine brings out the similarities and contrasts between the birth of the Lord Jesus Christ and that of his cousin, who serves as a sort of boundary between the Old and New Testaments.  The silence of Zechariah ends when John, the voice, is born.

The Church observes the birth of John as in some way sacred; and you will not find any other of the great men of old whose birth we celebrate officially. We celebrate John’s, as we celebrate Christ’s. This point cannot be passed over in silence, and if I may not perhaps be able to explain it in the way that such an important matter deserves, it is still worth thinking about it a little more deeply and fruitfully than usual.

Birth of John the Baptist

I have proposed some matters for inquiry, and listed in advance some things that need to be discussed. I have introduced these points even if we are not up to examining all the twists and turns of such a great mystery, either for lack of capacity or for lack of time. You will be taught much better by the one who speaks in you even when I am not here; the one about whom you think loving thoughts, the one whom you have taken into your hearts and whose temple you have become.

You will remember that, before he was born, at Mary’s arrival he leapt in his mother’s womb. Already he had been marked out there, designated before he was born; it was already shown whose forerunner he would be, even before he saw him. These are divine matters, and exceed the measure of human frailty. Finally, he is born, he receives a name, and his father’s tongue is loosed.

Zachary is struck dumb and loses his voice, until John, the Lord’s forerunner, is born and releases his voice for him. What does Zachary’s silence mean, but that prophecy was obscure and, before the proclamation of Christ, somehow concealed and shut up? It is released and opened up by his arrival, it becomes clear when the one who was being prophesied is about to come.

The releasing of Zachary’s voice at the birth of John has the same significance as the tearing of the veil of the Temple at the crucifixion of Christ. If John were meant to proclaim himself, he would not be opening Zachary’s mouth. The tongue is released because a voice is being born – for when John was already heralding the Lord, he was asked, Who are you and he replied I am the voice of one crying in the wilderness.

John the Baptist as the Voice

John is the voice, but the Lord in the beginning was the Word. John is a voice for a time, but Christ is the eternal Word from the beginning.

This reading on the Birth of John the Baptist and the silence of Zechariah is an excerpt of a sermon of St. Augustine (Sermo 293, 1-3; PL 38, 1327-1328).  It compares and contrasts Christ, the Word, with John, the voice who is the boundary between New and Old Testaments.  It appears in the Roman Office of Readings for June 24, the Solemnity of the Birth of John the Baptist.  The accompanying biblical reading is taken from Jeremiah 1: 4-19.

For more on the forerunner and the Solemnity of his Birth, see the JOHN THE BAPTIST section of the Crossroads Initiative Library.