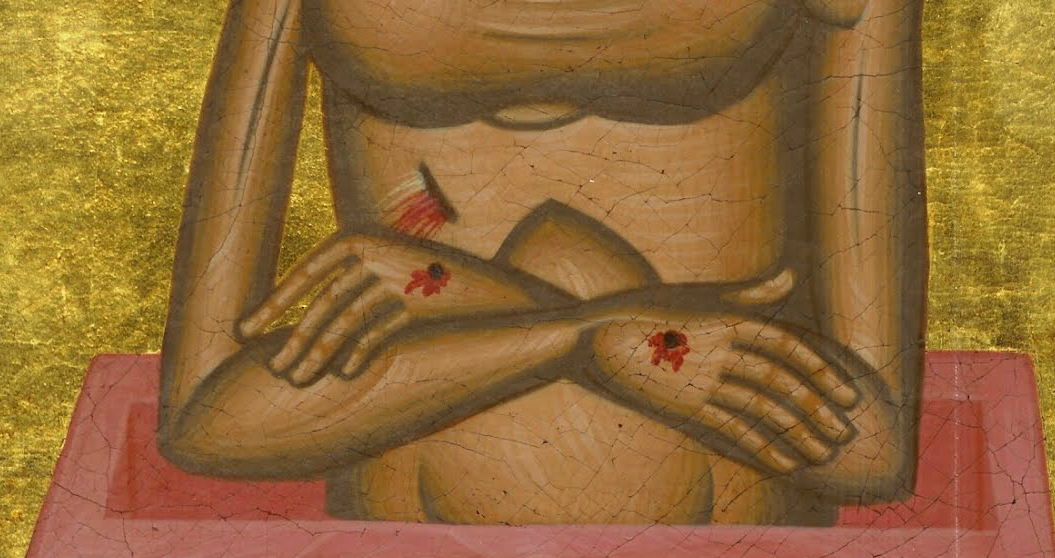 By His Wounds We are Healed – Theodoret of Cyr

By his wounds we are healed- Theodoret of Cyr, an Early Church Father, here reflects on several key scripture passages, including the Song of the Suffering Servant found in Isaiah 53.  He speaks of the sacrament of baptism as a symbol and type of the Lord’s death which frees us from the tyranny and slavery of death.

Our Savior’s passion is a healing remedy for us, as the prophet teaches when he cries out: He bears our sins and suffers pain for us, and we esteemed him stricken, smitten by God and afflicted. But for our sins he was wounded, for our iniquities he was bruised; upon him fell the chastisement that brought us peace, and by his wounds we are healed. We had all gone astray like sheep, and therefore he was led like a lamb to the slaughter, and was dumb like a sheep before its shearer.

Good Shepherd of the Sheep

When a shepherd sees that his sheep have scattered, he keeps one of them under his control and leads it to the pastures he chooses, and thus he draws the other sheep back to him by means of this one. And so it was when God the Word saw that the human race had gone astray: he took the “form of a slave” (Philippians 2) and united it to himself, and by means of it won over the whole race of men to him, enticing the sheep that were grazing in bad pastures and exposed to wolves, and leading them to the pastures of God.

This was the purpose for which our Savior assumed our nature, this was why Christ the Lord accepted the sufferings that brought us salvation, was sent to his death and was committed to the tomb. He broke the grip of the age-old tyranny and promised incorruptibility to those who were prisoners of corruption. For when he rebuilt that temple which had been destroyed and raised it up again, he thereby gave trustworthy and firm promises to those who had died and were awaiting his resurrection.

Jesus tells us: “Just as my human nature, which I took from you, has won its resurrection in virtue of the Godhead that dwelt in it and with which it was united, just as this nature has shed decay and suffering and passed over to incorruptibility and immortality; so, in the same way, you too will be set free from the grievous slavery of death; you too will cast aside your corruptible nature and your sufferings and you will be clothed with impassability.”

Baptism, Symbol of His Death

To this end he imparted the gift of baptism to all mankind through his apostles. Go, he said, make disciples of all nations, baptizing them in the name of the Father and of the Son and of the Holy Spirit (Mat 28). Baptism is a kind of symbol and type of the Lord’s death, which is why Paul says: If we have shared with God’s Son in a death like his, we shall certainly share in his resurrection.

This selection by St. Theodoret of Cyr on the Lord’s passion  (n. 28: PG 75, 1467-1470) comes from his work on the Incarnation.  It reflects on several key scripture passages, including the Song of the Suffering Servant found in Isaiah 53 and reflects on the sacrament of baptism as a symbol of Christ’s death.  It is used in the Roman Office of Readings for Tuesday of the 19th week in Ordinary Time.

A native of Antioch, St. Theodoret of Cyr was educated in monastery schools and ultimately entered the monastery of Nicerte around 416. Consecrated Bishop of Cyr (sometimes rendered Cyrrhus) contrary to his will in 423, he pastored his flock with great zeal while fighting paganism and heresy. As a spokesman for the Antiochene School of theology, Saint Theodoret found himself in the thick of the controversy about Christ’s humanity and divinity and how they were related in the person of Jesus. The emphasis of this Early Church Father was on the distinctness and completeness of the human and divine natures of Christ, and he opposed the Monophysites who appeared to confuse the two. St. Theodoret participated in the important council of Chalcedon where Christology received a very definitive orthodox expression. This valiant bishop and Father of the Catholic Church died around 466 AD.  (Bio by Dr. Italy)