Here Irenaeus underlines the Catholicity of the Church with many cultures professing a single truth, a common tradition of catholic and apostolic faith going back to the apostles and their disciples. Though this was written about 185 AD, one can recognize here the outline of the Creed professed 150 years later at the Council of Nicaea as well as the Apostle’s Creed.  Since the evangelist Mark was a herald of this one faith, this selection is read on April 25, his feast.

The Church, which has spread everywhere, even to the ends of the earth, received the faith from the apostles and their disciples.

Our Faith in One God, One Lord, One Spirit

By faith, we believe in one God, the almighty Father who made heaven and earth and the sea and all that is in them. We believe in one Lord Jesus Christ, the Son of God, who became man for our salvation.

And we believe in the Holy Spirit who through the prophets foretold God’s plan: the coming of our beloved Lord Jesus Christ, his birth from the Virgin, his passion, his resurrection from the dead, his ascension into heaven, and his final coming from heaven in the glory of his Father, to recapitulate all things and to raise all men from the dead, so that, by the decree of his invisible Father, he may make a just judgement in all things and so that every knee should bow in heaven and on earth and under the earth to Jesus Christ our Lord and our God, our Savior and our King, and every tongue confess him.

One Catholic Church, One Apostolic Tradition

The Church, spread throughout the whole world, received this preaching and this faith and now preserves it carefully, dwelling as it were in one house. Having one soul and one heart, the Church holds this faith, preaches and teaches it consistently as though by a single voice. For though there are different languages, there is but one tradition. 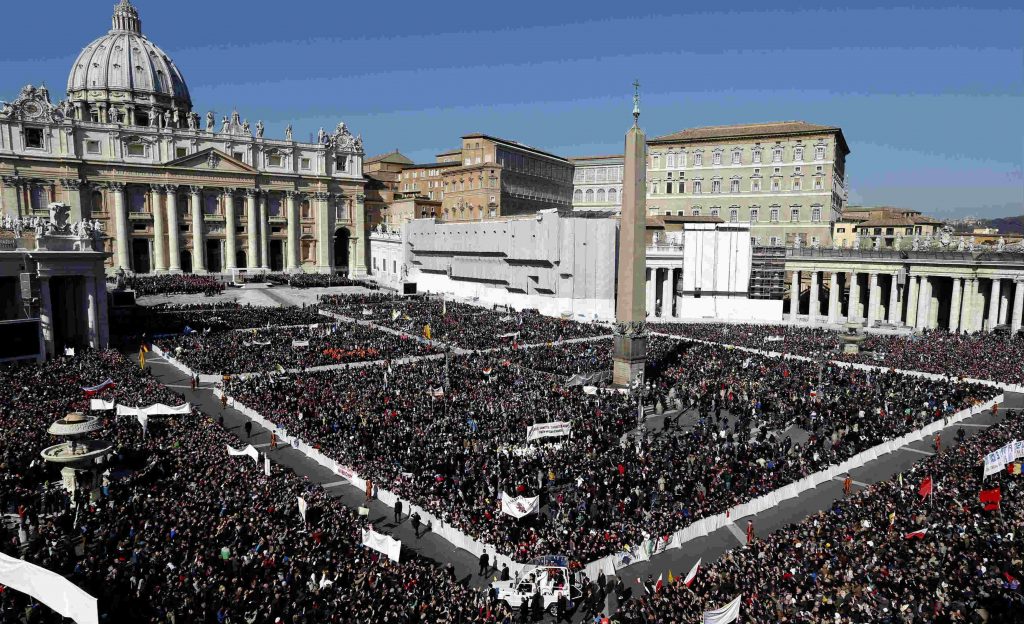 The faith and the tradition of the churches founded in Germany are no different from those founded among the Spanish and the Celts, in the East, in Egypt, in Libya and elsewhere in the Mediterranean world. Just as God’s creature, the sun, is one and the same the world over, so also does the Church’s preaching shine everywhere to enlighten all men who want to come to a knowledge of the truth.

Our Apostolic Faith – the same everywhere

Now of those who speak with authority in the churches, no preacher however forceful, will utter anything different – for no one is above the Master – nor will a less forceful preacher diminish what has been handed down. Since our faith is everywhere the same, no one who can say more augments it, nor can anyone who says less diminish it.

For more on the Creeds of the Catholic Church, read Dr. Italy’s post on THE APOSTLES’ CREED AND THE NICENE CREED.

This excerpt, focusing on the one catholic, apostolic faith, comes from Saint Irenaeus’ monumental work, Against Heresies (Lib 1, 10, 1-3: PG 7, 550-554).  It appears in the Roman Office of Readings for the Feast of Saint Mark the evangelist, on April 25 with the accompanying biblical reading of Ephesians 4:1-16.

Saint Mark, a cousin of Barnabas, accompanied Saint Paul on his first missionary journey and later went with him to Rome. He was a disciple of Saint Peter whose apostolic teaching was the basis for Mark’s gospel. Mark is said to be the founder of the Church of Alexandria, Egypt.