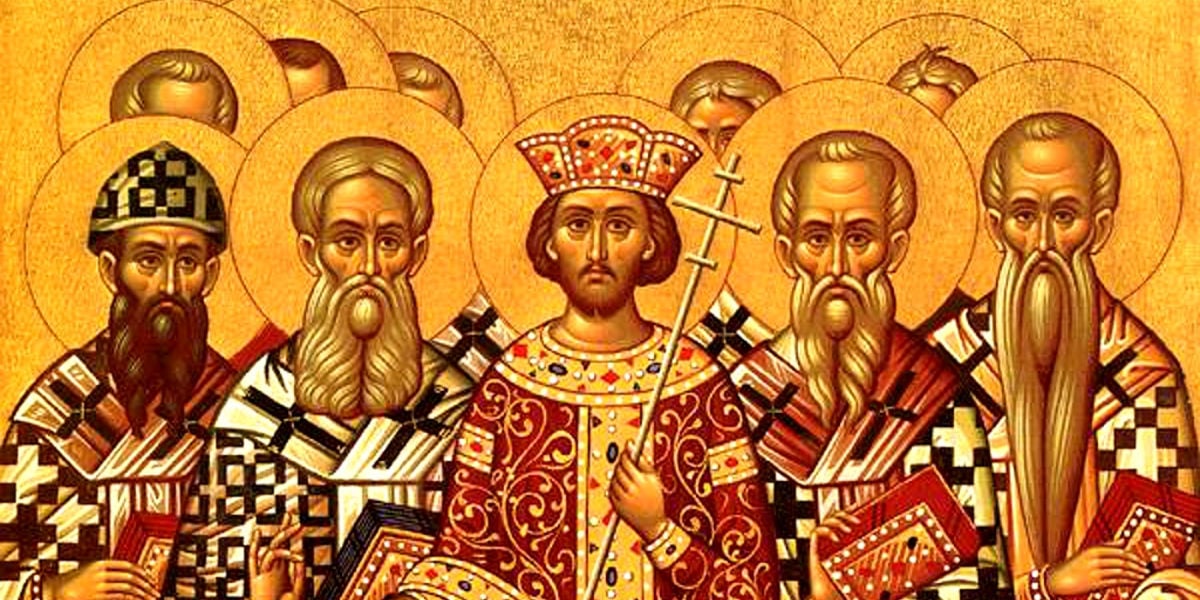 The Apostles Creed & The Nicene Creed

Catholic Christians are generally familiar with two creeds – the Nicene Creed which we typically recite at Sunday Mass and the Apostle’s Creed which is the first prayer of the rosary.  Where do these creeds come from, why are they different, and what is true significance?

When we shifted to the 2011 revised translation of the Roman missal a few years back, we had to relearn a few phrases in the creed.  “We believe” shifted to “I believe.”  Theological terms like “incarnate” and “consubstantial” made their appearance.

Our Catholic Faith is one and unchanging.  It is only translations that have changed over the years, not the Creed itself.  The reason for the most recent revision?  So that our words will more closely reflect the traditional Latin text that goes back to the early days of the Church.

But here is an interesting point – the Latin text is itself a translation.  The Creed that we typically recite each Sunday was first proclaimed in the language of the New Testament – Greek.  And it was not originally intended to be recited at Mass.  Like most of the confessions of early Christian faith, it arose from baptism, where the catechumen was asked “do you believe in God the Father?” and responded, “I do believe.”  This is why the pronoun in the ancient creeds was “I” rather than “we.”  The creed that we call the Nicene Creed arose from a baptismal rite from the area covered by Paul and Barnabas in their missionary journeys.

For more information on the Nicene Creed, read St. Cyril of Jerusalem’s article on the topic.

But Roman Catholics also know another confession of faith, the Apostles’ Creed.  We use it at the beginning of the rosary.  We also find it in the liturgy of baptism and the renewal of baptismal vows that sometimes takes place at Mass.

This use is fitting, for the Apostles’ Creed originally came from the baptismal ceremony of the Church of Rome, founded by the great apostles Peter and Paul.  The changes in the 2011 translation of this creed are barely noticeable.  But one thing has always been noticeable – that the Apostles’ Creed is a good deal simpler than the Nicene, though they have much in common.  Why?

First, let’s note the similarities.  Both Creeds have three main parts or stanzas, as nearly all expressions of faith coming from the early Church.  That’s because our faith is not a list of tenets as in a political platform, but a statement of personal commitment to the three divine persons – the Father, the Son, and the Holy Spirit.  Both creeds mention the Church, the sacraments, and eternal life.  But they don’t make up a separate fourth stanza.  They are viewed as part of the work of the Holy Spirit and so fall under the Creed’s third stanza which is dedicated to person and activity of the third person of the Most Holy Trinity.

But the second and third stanzas of the Nicene Creed are longer and more detailed than those of the Apostles Creed.  Why?

While both creeds started out as simple professions of faith in three divine persons, they were forced to expand.  Various heresies arose challenging the Church’s teaching.  In both east and west, a popular heresy of the second century taught that the material world was disgusting, that God the Father of Jesus did not create it, and that the body of Jesus was only an appearance.  So all creeds had to add that God the Father was creator of heaven and earth and that Jesus was truly born and truly died.

In fourth century, powerful heresies arose, primarily in the East, that denied the divinity of both Jesus and the Spirit.  The Creed we call “Nicene” was expanded by the first two ecumenical councils, which took place in the East, to emphasize the equality of Jesus with the Father and the divinity of the Holy Spirit.  The Apostles Creed underwent no such official expansion.

But here’s the most important thing – whenever we recite either form of the creed, whether at Mass, during the rosary, or in private devotion, we are renewing our baptismal commitment to live, not for ourselves, but for the Father, Son, and Holy Spirit.  Today, many Christians insist that faith is all about an intimate, personal relationship.  This is nothing new.  It has always been affirmed by the Creeds of the Catholic Church.

To read the excerpt from the Catechism of the Catholic Church on the Nicene Creed, click here.