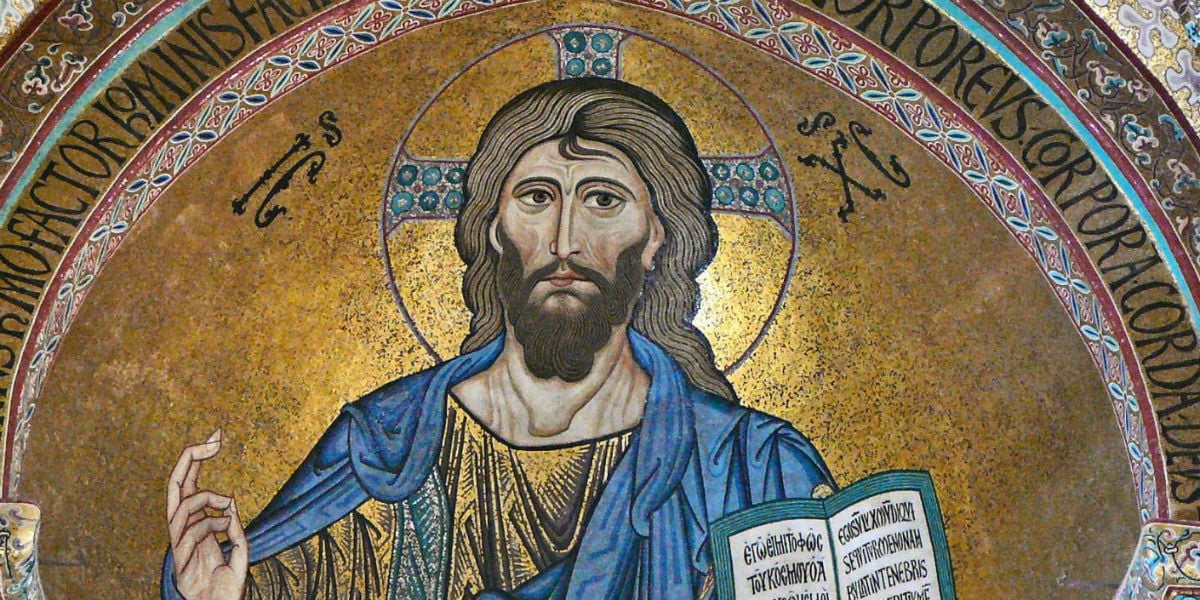 The belief second and final coming of Jesus as sovereign Lord and judge of the world is common to all Christians, Catholic, Orthodox and Protestant.  It is commemorated each November in the Roman Catholic Feast of Christ the King, a celebration that inspires both hope and a salutary fear. To LISTEN to this post read by Dr. Italy, click on the play arrow on the left, directly below this paragraph.

It would seem that the second coming of Christ is an evangelical Protestant doctrine.  You don’t see many mainline Protestants or Catholics pay much attention to it.  Evangelicals, on the other hand, make millions selling book and movies about it.

But let’s take a look at the Catholic Eucharistic Liturgy–after the consecration the memorial acclamation proclaims “Christ has died, Christ has Risen, Christ will come again!”  Or “when we eat this bread and drink this cup, we proclaim your death Lord Jesus, until you come in glory.”  In the Our Father we pray “thy Kingdom Come.”  If there were any ambiguity as to what this means, the priest’s next prayer clears it up: “as we wait and work in joyful hope for the coming of our savior Jesus Christ.”  And the Nicene Creed proclaims the constant doctrine of the Catholic Church “he will come again in glory to judge the living and the dead.”

Christ, the King of Glory

He came once in humility and obscurity, riding on an ass and wearing a crown of thorns.  He will come again in glory, publicly, riding on the clouds and will decisively put an end to the culture of death, once and for all.

It all seems so real, so invincible, the political and military power of great nations and the ideological control exercised by the entertainment industry and the news media.  Every once in a while a hurricane or an earthquake reminds us of our impotence faced with the forces of nature, so called “acts of God.”  Imagine the awesome power of that coming, that final act of God.  As Isaiah 40:15 notes, “the nations are no more than a drop in the bucket, as dust on the scales.”

Should we be worried?  If we are living a life of opposition to God, yes.  Hell trembles at the thought of his coming.  The stories of the flood and of Sodom and Gomorrah in the book of Genesis are inspired Scripture. They demonstrate what ultimately happens when unrepentant, stubborn sin confronts the holy majesty of God’s righteousness.  He will come as King, to deal decisively and violently with evil (remember the cleansing of the Temple?).  He will come as judge, to make clear what it is that each person has chosen as their destiny, to call all to accountability for their choices, which are in fact eternal choices with eternal consequences.

But what if you’ve sought to do His will and be his disciple?  Then this coming will be an exciting rescue mission.  For the king comes as judge for some and savior for others.  For those who welcome him, every tear shall be wiped away.  They shall be from every tribe, tongue, people, and nation (Revelation 7:9) and will be ushered into a dimension of joy that can scarcely be imagined.

He is no local warlord, no regional ruler.  He is the universal King and no one is outside his dominion.   And he is no namby pamby either.  I love the mosaic in the apse of the Shrine of the Immaculate Conception.  There Christ the returning King is depicted with rippling muscles that would make Arnold Schwarzenegger look like a 98 pound weakling.  Jesus meek and mild looks in this rendering like someone you definitely don’t want to mess with.  The face of the mosaic has a curious quality–one side of his face has a stern look intended for his enemies.  But the other side of his face, though strong, is yet tender in compassion for his friends.

I think I’d rather be counted among his friends.