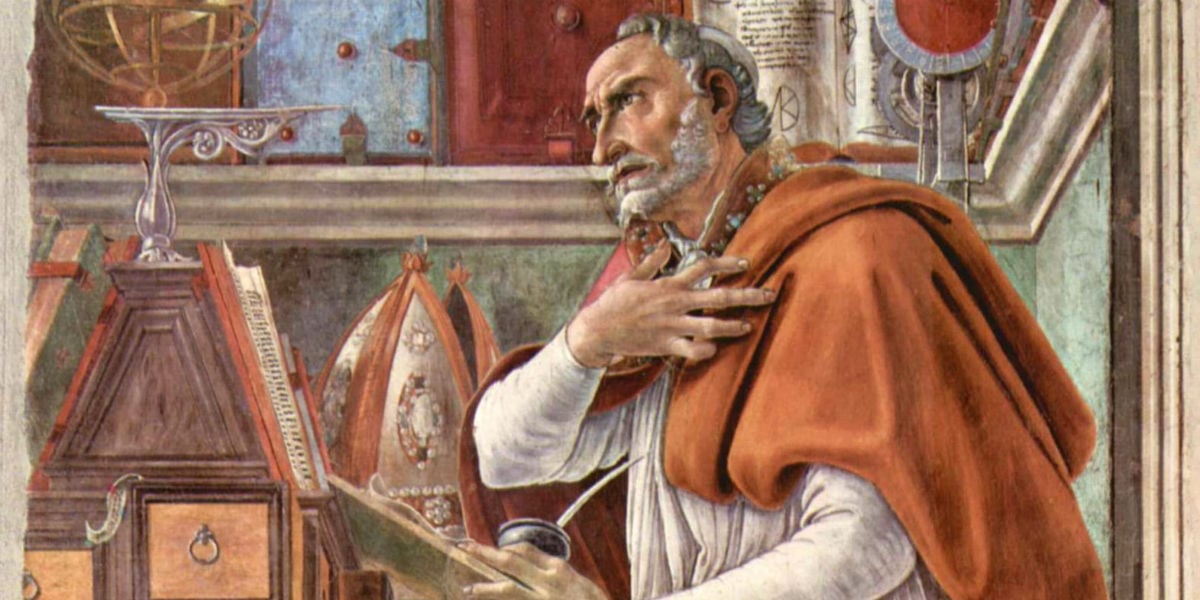 Augustine comments on the Last Judgment scene found in Matthew 25 and speaks about the second coming of our Lord and Savior Jesus Christ and how to be properly prepared for it by showing the same mercy to others by which we wish to be judged.

Then all the trees of the forest will exult before the face of the Lord, for he has come, he has come to judge the earth.

He has come the first time, and he will come again. At his first coming, his own voice declared in the gospel: Hereafter you shall see the Son of Man coming upon the clouds. What does he mean by hereafter? Does he not mean that the Lord will come at a future time when all the nations of the earth will be striking their breasts in grief? Previously he came through his preachers, and he filled the whole world. Let us not resist his first coming, so that we may not dread the second.

Having as Though Not Having

Be Prepared For his Second Coming

But I wish you to be without anxiety. He who is without anxiety waits without fear until his Lord comes. For what sort of love of Christ is it to fear his coming? Brothers, do we not have to blush for shame? We love him, yet we fear his coming. Are we really certain that we love him? Or do we love our sins more? Therefore let us hate our sins and love him who will exact punishment for them. He will come whether we wish it or not. Do not think that because he is not coming just now, he will not come at all. He will come, you know not when; and provided he finds you prepared, your ignorance of the time of his coming will not be held against you.

All the trees of the forest will exult. He has come the first time, and he will come again to judge the earth; he will find those rejoicing who believed in his first coming, for he has come.

He Will Judge the World

He will judge the world with equity and the peoples in his truth. What are equity and truth? He will gather together with him for the judgement his chosen ones, but the others he will set apart; for he will place some on his right, others on his left. What is more equitable, what more true than that they should not themselves expect mercy from the judge, who themselves were unwilling to show mercy before the judge’s coming.

Those, however, who were willing to show mercy will be judged with mercy. For it will be said to those placed on his right: Come, blessed of my Father, take possession of the kingdom which has been prepared for you from the beginning of the world. And he reckons to their account their works of mercy: For I was hungry and you gave me food to eat; I was thirsty and you gave me drink.

What is imputed to those placed on his left side? That they refused to show mercy. And where will they go? Depart into the everlasting fire. The hearing of this condemnation will cause much wailing. But what has another psalm said? The just man will be held in everlasting remembrance; he will not fear the evil report. What is the evil report? Depart into the everlasting fire, which was prepared for the devil and his angels. Whoever rejoices to hear the good report will not fear the bad. This is equity, this is truth.

Or do you, because you are unjust, expect the judge not to be just? Or because you are a liar, will the truthful one not be true? Rather, if you wish to receive mercy, be merciful before he comes; forgive whatever has been done against you; give of your abundance. Of whose possessions do you give, if not from his? If you were to give of your own, it would be largess; but since you give of his, it is restitution. For what do you have, that you have not received?

These are the sacrifices most pleasing to God: mercy, humility, praise, peace, charity. Such as these, then, let us bring and, free from fear, we shall await the coming of the judge who will judge the world in equity and the peoples in his truth.

For more great resources for the Last Judgment, the Second coming of Christ and the Advent Season, visit the Crossroads Initiative ADVENT RESOURCE LIBRARY

An excerpt from St. Augustine’s discourse on Ps. 95 (14 & 15: CCL 39, 1351-1353 – note this is Psalm 96 according most Bibles today), on the Last Judgment in Matthew 25, the second coming of our Lord and Savior Jesus Christ and the importance of preparing for it through works of mercy.  This selection on the second coming and Last Judgment is used in the Roman Office of Readings for the 33rd Sunday in Ordinary Time.