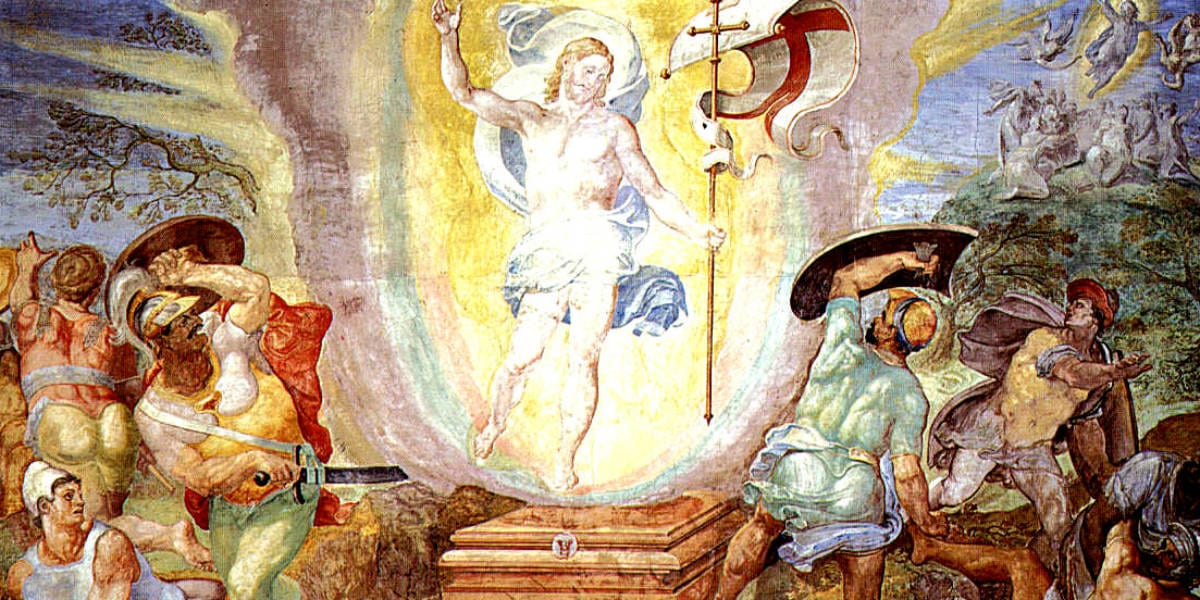 He’s no Ghost – Easter and the Gnostic Gospels

On the first Easter, the Risen Lord makes clear to his frightened disciples he not a ghost or specter and in so doing shows why the gnostic gospels are bogus and did not make it into the Bible.

To LISTEN to this post on Easter and the Gnostic Gospels read by Dr. Italy, click on the play arrow on the left, directly below this paragraph.

In the heyday of the Roman Empire, the corruption of the times caused waves of dissatisfaction to ripple across the civilized world.  Many were disgusted with the gross sensuality of society and yearned for a higher, spiritual kind of existence. They sought a redeemer who would come down from heaven and enlighten those who walked in darkness.

When these people, called “Gnostics,” heard about Jesus of Nazareth, they suspected they’d found their man. But surely, they thought, he had to have been a divinity who just appeared to be flesh and blood so that he could pass on to us the secret knowledge needed for spiritual enlightenment.

Since he wasn’t really human, he couldn’t have really died. The whole Calvary thing must have been just the final act of the play, the necessary device to get him off stage so he could resume his proper angelic mode of existence, free of all entanglement with our gross, material world.

For the Gnostics thought that the greed and lust they saw all around them was just the inevitable result of having physical bodies. Salvation for them was the soul’s escape from the prison of the body so that it could soar like a bird back to its heavenly home.

These Gnostics wrote documents that they claimed represented the secret, spiritual view of Jesus and his message. The supposed Gnostic “gospels” of Judas, Thomas, and Mary Magdalene all come from this movement, written about 120 years after the death and resurrection of Jesus.

It’s as if Jesus knew that this distorted idea would arise. For in the gospel of Luke, written much earlier that the phony Gnostic gospels, the risen Lord appears to the disciples and debunks the idea that he is some pure spirit.

No Ghost but Flesh and Blood

As might be imagined, the disciples are spooked by the appearance of someone they buried just a few days before. But Jesus insists that he is no ghost. Though he is somewhat changed in appearance, He is clearly flesh and blood and has a fish dinner to prove it. His death was no accident or mirage. He proved that by showing them the wounds in his hands and feet.

God had created the material world, and placed man and woman in it as rulers over it. He views creation as good, and man and woman as very good. It wasn’t the body that caused the problem, but a horrible choice made by the soul. Sin was a spiritual decision, acted out in the body and having a disastrous impact upon all creation on every level, both spiritual and material.

More than a Gnostic Teacher

So the redeemer saved us by a spiritual decision that had to be acted out in the body, consisting of the offering of his body as a sacrifice that would remove sin and renew all creation. The psalms, the law, and the prophets had all foretold it–the savior would not just teach, but had to suffer and die. This however, would not be the end of the story. Passage after passage hinted that he would somehow live again.

Was all this easy to find and clearly laid out in the Old Testament? Not in the least. The Scriptures are divine, having been inspired by the Holy Spirit, laden with meaning exceeding the awareness of their human authors. Reading the scriptures with just human eyes, a person is bound to miss a lot.

The Understanding of the Scriptures

So on that Easter Sunday afternoon, Jesus explained all the passages that referred to his death and resurrection and opened the disciples’ minds to the understanding of the Scriptures. He did that by giving them a share in the same Spirit who inspired the Scriptures in the first place.

Through baptism and confirmation, he has given us the very same spirit of understanding. So let’s forget about the lost “gospel” of Judas and fantasies like the DaVinci Code, and instead approach the life-giving words of the Spirit-breathed Scriptures with zeal and faith. There are so many exciting discoveries to be made!