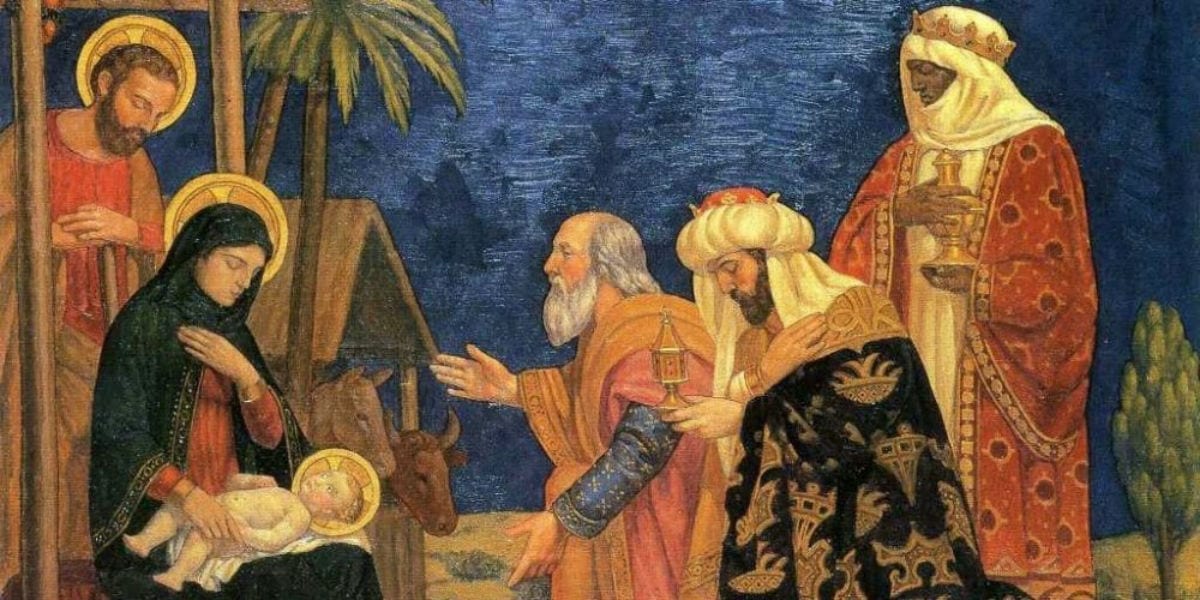 Epiphany of the Heart

The Feast of the Epiphany occurs soon after Christmas.  Epiphany means revelation, appearance, or manifestation of a king.  In this case it refers to the visit of the wise men to the cradle of a baby who was revealed to them as the King of hearts.

Gold may have been one of the original Christmas presents, but don’t be mistaken – there was never a golden age in the church free of controversy and struggle.

Galatians and Acts tell us about a particularly big controversy in the early church. It seems that pagans, like Cornelius and Titus, began stepping forward to accept Christ.

Many assumed that this meant that these pagans now had to become good Jews. Circumcision. Eating Kosher. Observing the Sabbath and the Jewish holidays.

But Paul, the former Pharisee, had a revelation, an “Epiphany.” He saw clearly that the story of salvation, from Abraham to the Baptist, was but a prologue. That the ceremonies of the law were provisional. That God’s call to the Jews to distinguish themselves from Gentiles was only to prepare them to serve those Gentiles. He saw more clearly than anyone that God’s secret plan, “the mystery,” as he often called it, was to bring the human race back together again as one family. After all, we began as one family before sin fragmented us into rival nations (Genesis 11).

God had started small in the creation of the human race–just one couple. The re-creation of humanity also started the same way. The couple Abraham and Sarah led to a family which became a nation, the Jews.

But some Jews took pride in belonging to an exclusive club. Gentiles were scorned as “dogs” by many. And some Jewish-Christians picked up this attitude, requiring pagan converts to keep the Jewish Law.

Paul would have none of it. It was a new day. The new law of the Spirit replaced the old law engraved in stone. The works of the law had been replaced by the gift of grace. And this new treasure belonged equally to everyone who would accept it, Jew or Gentile, slave or free, male or female (Ephesians 3, Galatians 3:27-29). The idea was so controversial that the first Church council was called to debate it (Acts 15).

Revelation of A New Era

Epiphany means “revelation,” “appearance,” or “manifestation.” The revelation of a new era experienced by Paul was anticipated by earlier Epiphanies that we celebrate at the end of the Christmas season.

First, the visitors to the babe of Bethlehem. Luke tells us of the shepherds who paid homage to the infant king. They were Jews who belonged to the lowliest strata of society–rough, unlearned, and very poor.

On the other hand, Matthew tells us of wise men from the East who come with very costly gifts. These visitors are pagan Gentiles–learned, wealthy, and from the most prominent class of society. So even in the first days of his life, this child was manifested as the Divine King who had come for everyone, without distinction. An Epiphany.

Further Epiphanies – The Jordan and Cana

For years this child grew without being noticed. He became a man who worked quietly with his hands.

But there came a time when God gave us more Epiphanies. Many were baptized by John, but only upon Jesus did a dove descend. Because only he was the Son of God destined to baptize people of every tribe, tongue, people, and nation with the Holy Spirit (Acts 2).

Many were invited to the wedding feast at Cana (John 2), but only Jesus turned water into wine. The vessels used to contain the water turned wine were not chosen by accident–they were stone jars used in purification rituals of Jewish law. For this was an Epiphany, not only of who Jesus was, but what he had come to do–change the water of the old law into the rich wine of the new dispensation.

These three events are what the Church commemorates in the Feast of the Epiphany. But it is not enough to celebrate this feast with family and friends. We are called to invite all to join the family, make everyone Christ’s “friends.” The inheritance belongs to the entire human race. We have no right to keep it to ourselves.

Banner/featured Epiphany image of the Magi or 3 Wise Men by an unknown artist. Public domain.