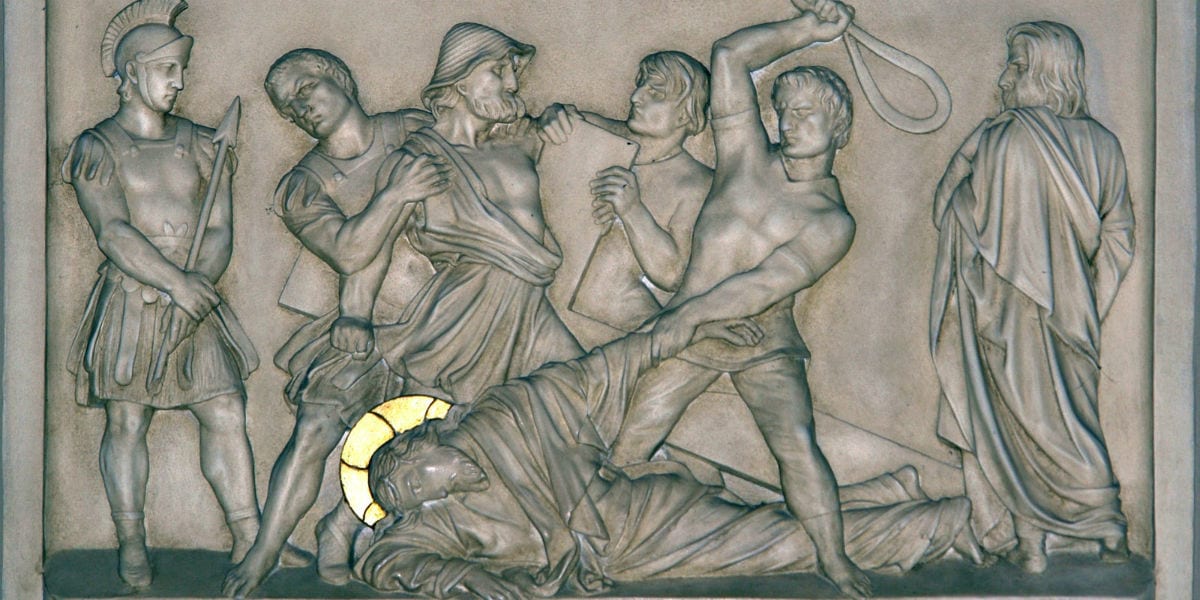 Good Friday – Victory of the Cross

Good Friday is the day of the Crucifixion, Passion, and Death of the Lord Jesus Christ.  Was the cross a big mistake or was it in His plan?  Was it an agonizing defeat or a brilliant victory?

Terrorism is nothing new.  It’s probably as old as the human race.

In fact the cradle of civilization, now Iraq, was the home of the most infamous terrorists of antiquity, the Assyrians.  Their goal was to conquer their neighbors in a way that would minimize initial resistance and subsequent rebellion.  To do this, they knew fear would be their greatest weapon.  Simple threat of death was not enough because many would prefer death to slavery.  So the Assyrians developed a way to execute rebels that produced the maximum amount of pain for the longest amount of time.  It was called crucifixion.  It proved to be a very effective terror tactic indeed.

It was the policy of the Roman Empire to adopt whatever appeared useful from conquered peoples.  They found crucifixion an excellent tool of intimidation.  The humiliation of being stripped naked and made a public spectacle was particularly loathsome to Jews for whom public nudity was an abomination.  Incidentally, crucifixion was deemed so horrible that Roman law forbade that it be carried out on a Roman citizen, even a traitor.  It was reserved only for slaves and conquered peoples.

Scandal of The Cross

Non-Christians have often asked a very good question–why do Christians adorn their churches, homes, and necks with a symbol of abasement, terror, and torture?  Why build an entire religion around the cross?

St. Anselm (12th century) explained it this way.  Our first parent’s sin was all about pride, disobedience, and self-love.  Deceived by the serpent, Adam and Eve ate the forbidden fruit in defiance of God because they wanted to exalt themselves as His equal.  The results were catastrophic–loss of communion with God, each other, and the created universe.  The history of the human race has been a story in which each one of us, weakened by the impact of this sin on our nature, have followed its pattern, proudly refusing to obey God and love our neighbor.

Anselm pointed out sin constitutes an infinite offense against the goodness and honor of God.  Having been created free and responsible, bound by the law of justice, our race is obliged to offer acts of love, humility and obedience to God powerful enough to cancel out the long legacy of disobedience, pride, and unlove and restore our friendship with him. 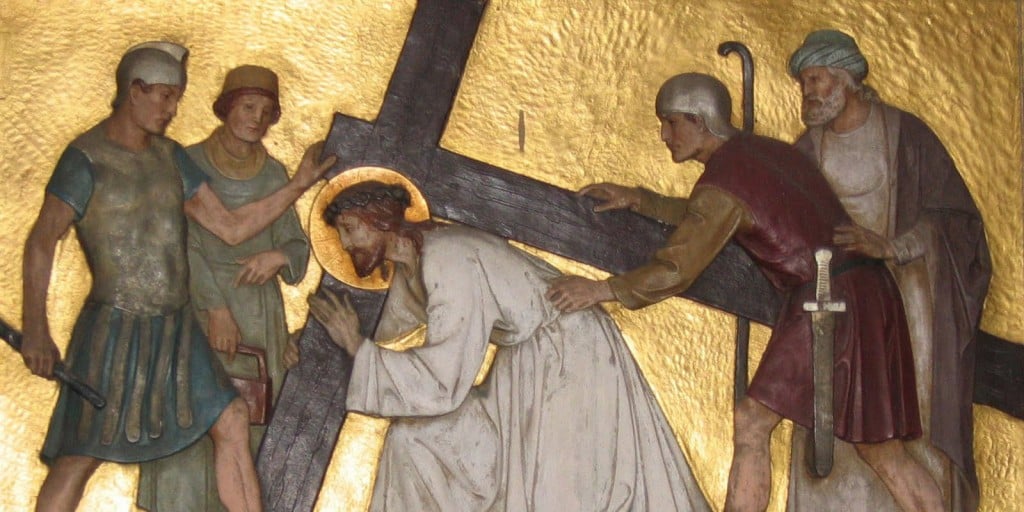 The problem is, our wounded race could not begin to attempt such a task.  So the Father sent His Eternal Word to become man and accomplish the task in our place, to substitute for us.  For the immortal, infinite God to empty himself and unite himself to a limited, vulnerable human nature was already a feat of unimaginable love and humility.  But for redemption to be complete, the hero would have to withstand the greatest fury that hell and fallen humanity could hurl against him–the cross.

Victory – Love to the End

Surely, after the crowds he had healed and fed cried “Crucify him!” and his own apostles fled, Jesus would realize it wasn’t worth it.  Surely he would curse the ingrates and use his divine power to free himself as many suggested in their taunts.  But no.  His was love to the end, love to the max (John 13:1).  His death was the clear and undeniable manifestation of the victory of obedience over disobedience, love over selfishness, humility over pride.

Good Friday was the D-Day of the human race.  Since Pentecost, the power of Christ’s obedient, humble, unstoppable love has been made available to all who are willing to share it, producing martyrs and saints in every generation, down to the Maximilian Kolbe’s and Mother Teresa’s of our own era.

So the cross is not only victorious, it is fruitful.  It bore the fruit of salvation in the loving act of Christ but has kept bearing new fruit throughout the ages.  That’s why, if you go to the Church of San Clemente in Rome, you’ll see one of the most stunning mosaics in the Eternal City.  The ancient instrument of subjection and death, wrapped with verdant vines supporting fruit of every shape and size, the triumphant cross become the tree of life.

This post focuses on Good Friday, crucifixion, and the triumph and victory of the cross.  It reflects on  the reading of the Passion on Good Friday.  It is also appropriate as a meditation on the Feast of the Exaltation of the Holy Cross on September 14.

For more on Good Friday and Holy Week, see the Holy Week section of the Crossroads Initiative Library.