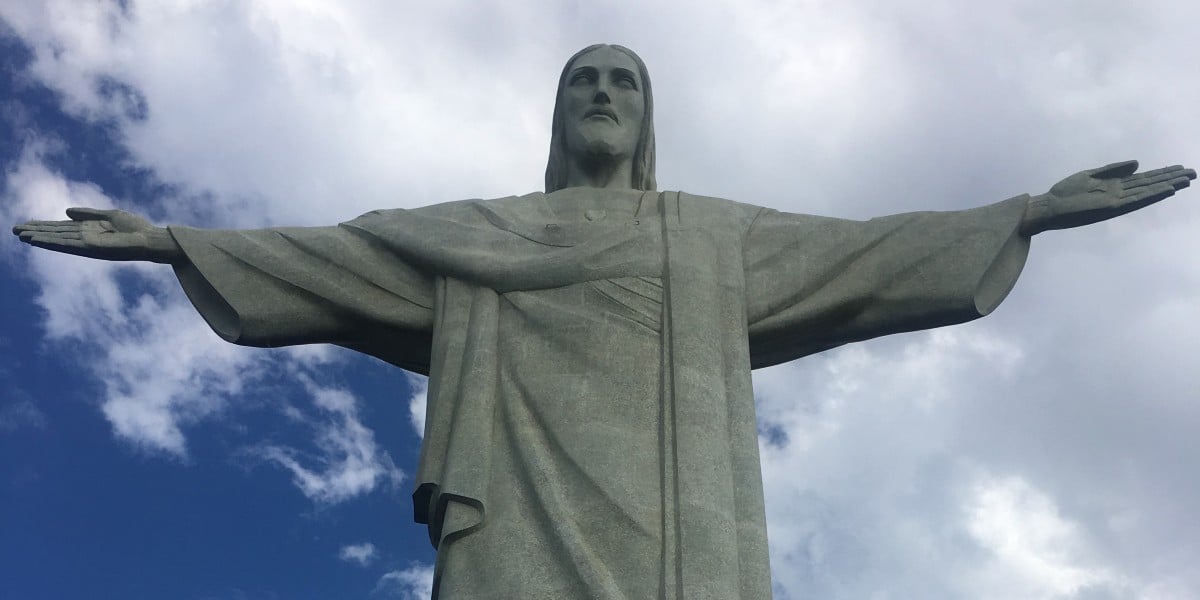 I Am the Way, the Truth and the Life

In John 14:6, Jesus says “I am the way, the truth and the life.  No one comes to the Father except through me.”  Is this not narrow and close-minded? To LISTEN to this post read by Dr. Italy, click on the play arrow on the left directly below this paragraph.

How many times have you heard something like this:  “As long as you believe in God and try to be a good person, your religion doesn’t matter.” “There are different paths up the same mountain, but they all lead to the peak.”

This is the prevailing wisdom.  It’s politically correct.  Tolerant.  Reasonable.

The highway to heaven had been closed for centuries.  God did not set up the road block.  We did.  But the barriers that we erected were immovable.  At least by us.  God was the only one who could open the way.

There was a problem with truth and life as well.  Sure, people had some ideas about God.  But the ideas were shadowy, fragmentary and mingled with distortions.  Everyone in the ancient world knew there was a Creator who deserved worship.  But some people thought homage required human sacrifice.  And most thought that there were many gods.  A few, like Aristotle, realized that there could only be one God.  But he imagined this God to be remote and aloof, unconcerned with human affairs.

Finally there was the issue of life, divine life.  Even the Jews, who had the most truth about God, had a problem here. They knew what God required.  But even the best among them lacked the power to do it.  Take David for instance.  When the chips were down, he proved defenseless against the power of lust, deceit, and even murder.

Jesus is the way.  Indeed he is a two way street.  In him, God comes to meet us, holding nothing back, offering everything of who he is and what he has.  Through Him and Him alone, we have access to God to such a point that we can now call God Abba, Father.

Jesus is the truth.  Not just some truth but the entire truth.  He is God’s definitive and perfect Word expressing who God is, what He’s like, who we are, and what we need to do to be saved from misery and futility.

And Jesus is the life.  He gives us not only commandments and noble ideals, but also the energy to live them out, the power to become new people.  That Power is the Lord and Giver of Life Himself, the Holy Spirit, who Jesus pours out on those who accept Him.

So there is only one Way, one Truth, one Life, and one Priest who offers a perfect sacrifice for sins. So how can it be that we are called a royal priesthood (I Peter 2)?  How can it be that we who believe in Him are to do greater works than he? (John 14:11-12)

Simple.  Once we’ve been baptized, there is no longer a separation between us, on the one hand, and Him on the other.  We are baptized into him, become members of his body, so he begins to live his life and exercise his priesthood through us.

If we let him, he will use our lips to spread his truth, our lives to show the way, and our love to give others life.  And the works He will accomplish through us will far surpass what he did in his three short years of public ministry.  More hungry will be fed, more sick healed, more books written.  Tyrannical, atheistic empires will even be brought down.  The Good News will be preached not just in Galilee, but all over the world, not just in person, but touching millions at a time . . .  through radio, TV, and internet.

But the greatest work that He will accomplish through us is to teach us to be priests, to offer the spiritual sacrifice of our own lives (Romans 12:1) to the Father through Him, with Him, and in Him.  For the meaning of human life is to love, and the greatest gift we’ve received from Him is the power to give ourselves away.

Banner/featured image by Luis Calderon on Scopio. Used with permission.