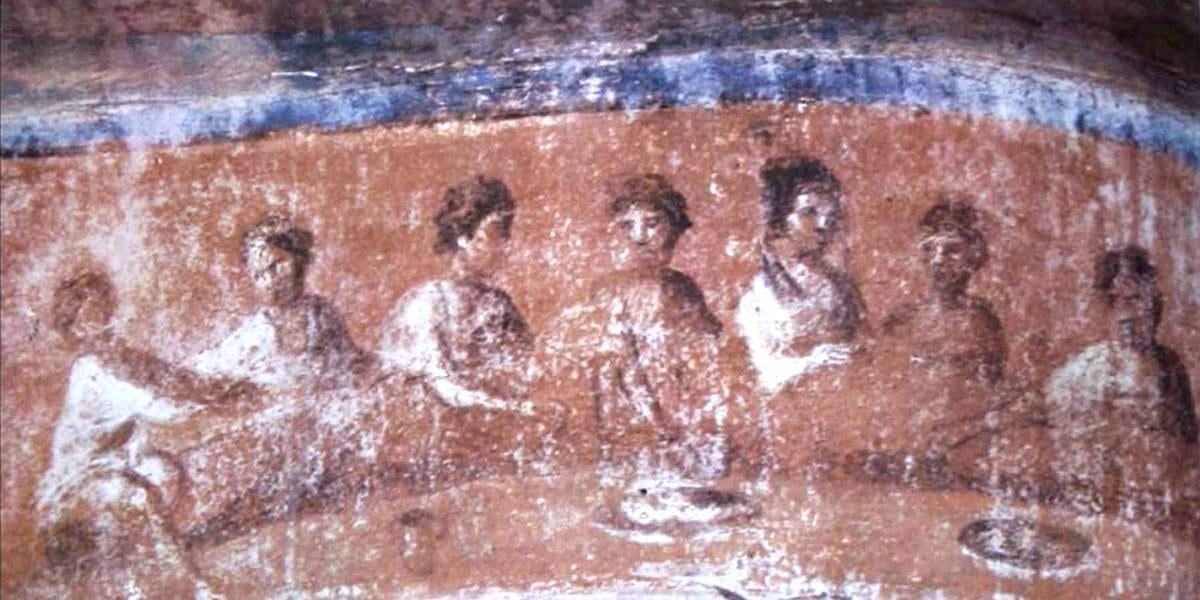 Christians are called to be not just believers, but intentional disciples who make a conscious decision to follow Jesus and him alone.  But discipleship can’t be a one-time decision.  As in a marriage, the commitment must be renewed daily.  For the 21st Sunday in Ordinary Time, cycle B.

The ancient world was thickly populated with gods. Those open-minded Romans actually collected as many as they could find and enshrined them all in a special building that still stands today, the Pantheon (meaning “all gods” in Greek).

The Israelites ran into quite of few of these idols. There were the animal gods of the Egyptians. Then there were the fertility gods of the Canaanites, worshiped through ritual prostitution. Then there was Moloch, the god of the Ammonites, who demanded the sacrifice of infant children. Joshua chapter 24 is all about the Israelites making a conscious decision to serve the Lord, the God of Abraham, Isaac, and Jacob, instead of these idols. After all, they knew there are no “free agents.”  Everybody worships something.

We, unfortunately, are not wise enough to know this. Many of us in the 21st century think that we are autonomous and run our own lives, thank you very much.

But the abortion holocaust proves that the spirit of Moloch is alive and well on planet earth. And while fertility is not in style, one look at our entertainment industry shows us that sex makes the world go round. Bob Dylan tried to point this out in a song that said “it may be the devil, or it may be the Lord, but your gonna have to serve somebody.”

So Christian discipleship isn’t something you just fall into, or are raised with.  To become a disciple, a conscious, intentional commitment is required.  But this decision is not a one-time deal. It has to be renewed again and again.  True, the Israelites said yes to Yahweh’s proposal in Exodus 19 and accepted the wedding band of the Ten Commandments. But 40 years later, facing new challenges and new idols, they had to recommit themselves at Shechem.

Really, the relationship between us (the church) and Christ is a lot like a marriage. That’s what Ephesians 5 is about. The union is intimate. He binds himself to care lovingly for us as for his own body, nourishing us with Word and Eucharist, cleansing us in baptism and penance. We for our part, trusting in His love, submit to his direction. He’s not just our savior, He’s our Lord. We obey and serve Him. This is a permanent and exclusive relationship. Therefore it has to be renewed on a daily basis.

All the characters in the gospel reading had once made a decision to follow Jesus and become his disciples. But when faced with Jesus’s hard teaching on the Eucharist, it was just too much for many of them (Jon 6:66). They hadn’t bargained for this. (Notice, by the way, that Jesus doesn’t chase after them and say “wait a minute — I was just speaking symbolically!”). They were quintessential “heretics.” The word heresy means “choice” — picking and choosing only those doctrines that keep me in my comfort zone and don’t threaten my idols. 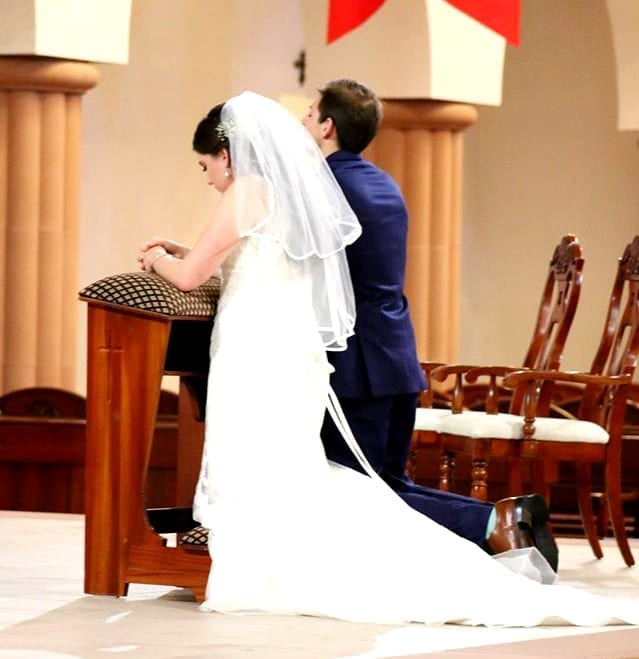 In the early centuries of the Church, the nature of true discipleship was manifested very dramatically in the baptismal ceremony. On Holy Saturday night the catechumens would gather in the baptistry. The first thing they would do is face West, the place where darkness swallows up the sun each night, and repudiate Satan, their old master. After this divorce decree, they turned to the East, the direction of the rising sun, and professed their vows to be faithful to their new, triune spouse.

After passing through the water, these newly baptized disciples were led into the church, draped in white robes and holding candles in what St. Cyril called a nuptial procession. There, after confirmation, they enjoyed the wedding feast of the Eucharist. Every Sunday thereafter they remembered their baptism as they once again partook of the wedding feast. And every day they were encouraged to renew their vows by repeating the sign that was first traced on their foreheads on that special day, the sign of the cross, their wedding band.

C.S. Lewis once wrote a fantasy that I highly recommend, called the Great Divorce. Our greatest temptation is the illusion that we can have peaceful coexistence in our lives between good and evil, God and idols. The reality is that they are mutually exclusive.  We have to make a decision between the two.  If we compromise and try to serve both, our life will be a chaotic battleground and we’ll be the casualties.

For yet another reflection on the readings for the 21st Sunday in Ordinary Time, Cycle B, see this post on the DIFFERENCE BETWEEN BELIEF AND FAITH.

This post is on Christian discipleship as an intentional commitment, and exclusive decision similar to marriage.  It is a commitment which disciples renew every day.  It  reflects on the readings for the 21st Sunday in Ordinary Time, Cycle B, Joshua 24:1-2, 15-17, 18; Ephesians 5:21-32; John 6:60-69.