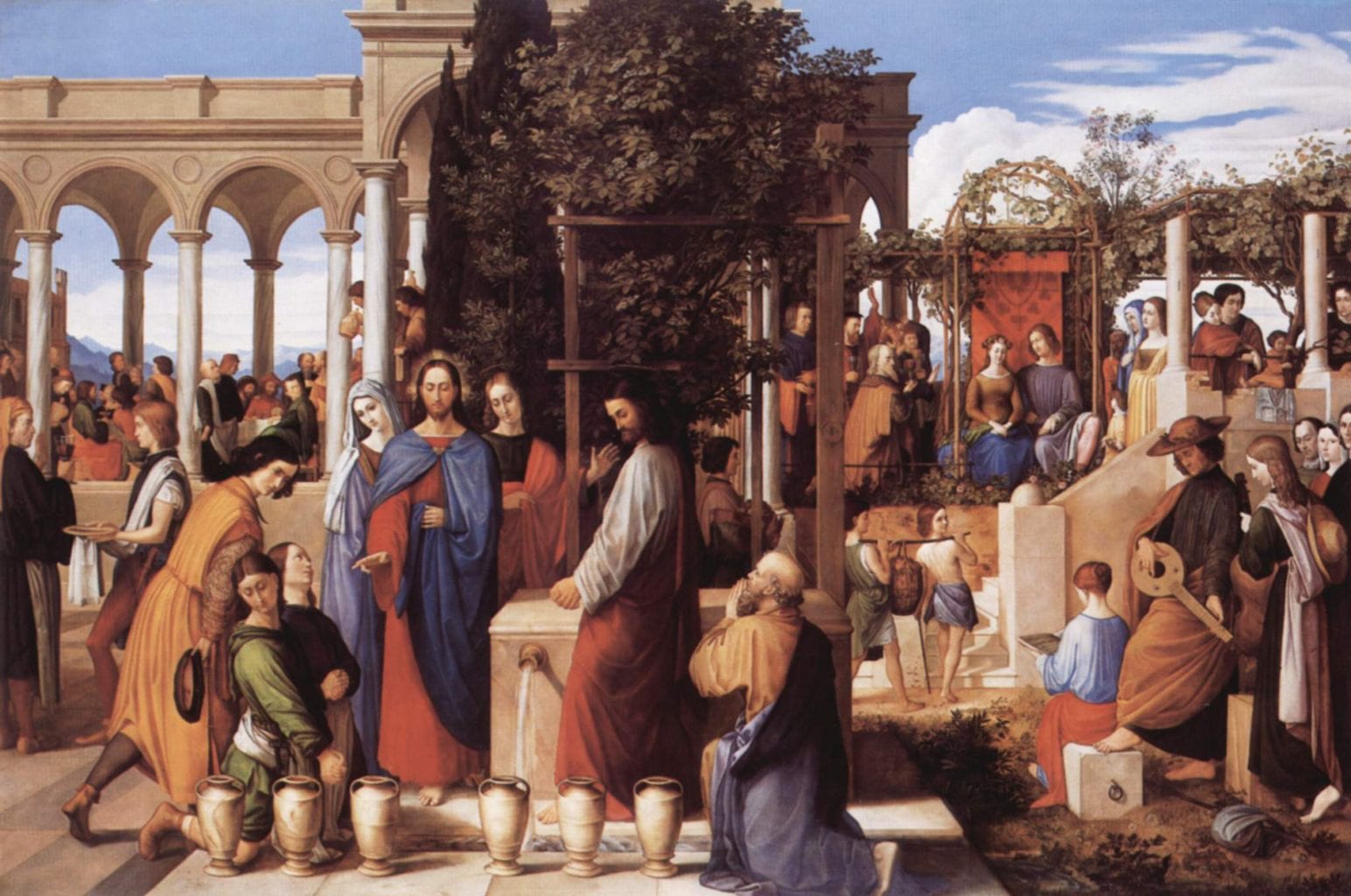 This excerpt from Gaudium et Spes 48, Vatican II’s Pastoral Constitution on the Church in the Modern World, affirms the sanctity of marriage and the family based on the special sacrament of matrimony.

The intimate partnership of married life and love has been established by the Creator and qualified by His laws, and is rooted in the conjugal covenant of irrevocable personal consent.

Hence by that human act whereby spouses mutually bestow and accept each other a relationship arises which by divine will and in the eyes of society too is a lasting one. For the good of the spouses and their off-springs as well as of society, the existence of the sacred bond no longer depends on human decisions alone. For, God Himself is the author of matrimony, endowed as it is with various benefits and purposes.[1] All of these have a very decisive bearing on the continuation of the human race, on the personal development and eternal destiny of the individual members of a family, and on the dignity, stability, peace and prosperity of the family itself and of human society as a whole.

By their very nature, the institution of matrimony itself and conjugal love are ordained for the procreation and education of children, and find in them their ultimate crown. Thus a man and a woman, who by their compact of conjugal love “are no longer two, but one flesh” (Matt. 19:6), render mutual help and service to each other through an intimate union of their persons and of their actions. Through this union they experience the meaning of their oneness and attain to it with growing perfection day by day.

As a mutual gift of two persons, this intimate union and the good of the children impose total fidelity on the spouses and argue for an unbreakable oneness between them.[2]Christ the Lord abundantly blessed this many-faceted love, welling up as it does from the fountain of divine love and structured as it is on the model of His union with His Church. For as God of old made Himself present[3] to His people through a covenant of love and fidelity, so now the Savior of men and the Spouse[4] of the Church comes into the lives of married Christians through the sacrament of matrimony. He abides with them thereafter so that just as He loved the Church and handed Himself over on her behalf,[5] the spouses may love each other with perpetual fidelity through mutual self-bestowal.

Authentic married love is caught up into divine love and is governed and enriched by Christ’s redeeming power and the saving activity of the Church, so that this love may lead the spouses to God with powerful effect and may aid and strengthen them in sublime office of being a father or a mother.[6]

For this reason Christian spouses have a special sacrament by which they are fortified and receive a kind of consecration in the duties and dignity of their state.[7] By virtue of this sacrament, as spouses fulfill their conjugal and family obligation, they are penetrated with the spirit of Christ, which suffuses their whole lives with faith, hope and charity. Thus they increasingly advance the perfection of their own personalities, as well as their mutual sanctification, and hence contribute jointly to the glory of God.

As a result, with their parents leading the way by example and family prayer, children and indeed everyone gathered around the family hearth will find a readier path to human maturity, salvation and holiness. Graced with the dignity and office of fatherhood and motherhood, parents will energetically acquit themselves of a duty which devolves primarily on them, namely education and especially religious education.

As living members of the family, children contribute in their own way to making their parents holy. For they will respond to the kindness of their parents with sentiments of gratitude, with love and trust. They will stand by them as children should when hardships overtake their parents and old age brings its loneliness.

This excerpt on matrimony is from Gaudium et Spes, Vatican II’s Pastoral Constitution on the Church in the Modern World, part two, chapter 1, paragraph 48.  This chapter deals with the sanctity of marriage and the family.  It appears in the Roman Office of readings for Monday in the 3rd week of Ordinary Time, with an accompanying biblical reading from Deut 24:1-25:4.