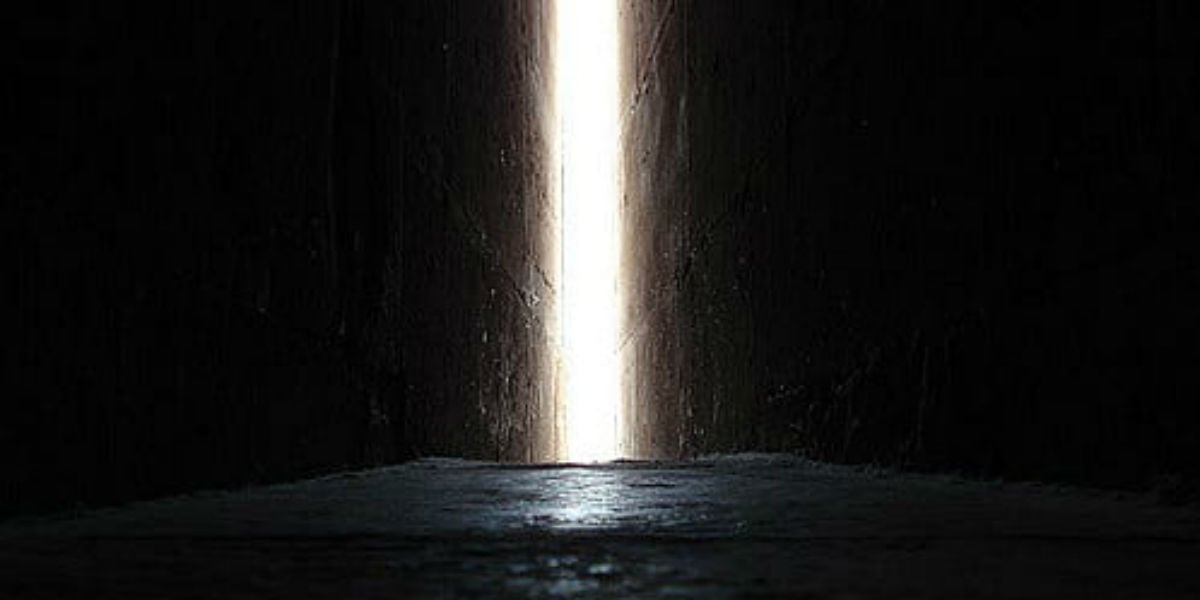 Narrow Door to a Universal Church

Jesus’ call to enter through the narrow door seems to conflict with the idea that God wants all to be saved, that the universal, Catholic Church means “here comes everybody.”  But a deeper look resolves the inconsistency.

Start small, finish big. That seems to be God’s motto. He begins salvation history with two people from what is now Iraq. When planning to raise a really big family, why start with an elderly couple who’ve never been able to have kids? But this is precisely what God does. He turns the sterile Abram and Sarai into Abraham and Sarah, ancestors of a worldwide family which still celebrates their memory nearly 4,000 years later.

Family that becomes a Nation

In God’s plan, this family was to turn into a mighty nation. An unlikely candidate for greatness, this “nation” was birthed out of a rag-tag band of Abraham’s descendants who’d been slaves for hundreds of years. A poet once wrote “how odd of God to choose the Jews.” But after 40 years of desert camping, they entered their promised land and eventually became a mighty kingdom.

But God had bigger plans still. This nation was not to hoard the treasure, looking down their noses at the rest of the world. That was the Pharisees’ mistake. No, they were to be a priestly people destined to bring salvation to all. This salvation was to come once again from the least likely of places. Galilee? What good could come from a land of hillbillies and fisherman? They spoke with an accent so thick that you could cut it with a knife (see Mat 26:73).

Do you see a pattern here?

The best and brightest, the biggest and the strongest– like Pharaoh, Goliath, and Caesar – these are not chosen. Rather, it’s the least likely to succeed, the little, ordinary people. That way, no one can take credit and no one can lose heart. No one is qualified and no one is disqualified. Even the all-stars can get in on it if they’ll step off the pedestal and humble themselves before God.

So all are called to be saved and find their place among God’s people, the Church. The only One who could earn salvation has already done so, and shared it with all of us as a free, undeserved gift. That’s what the word “Catholic” means – grace and membership are unrestricted, universal, for the “whole” world rather than some exclusive, elite club.

That means everybody is going to heaven, right? I mean, how could a loving, large-minded God send anyone to hell? 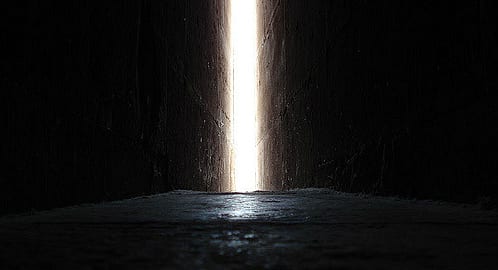 He doesn’t. God’s heart is large but as Luke 13:22-30 points out, the door to heaven is narrow. Jesus is that door. No one comes to the Father except through Him. The map to the narrow door is widely published. The Father issues regular, personal invitations. But people still need to accept the invitation and walk through the door.

Apparently many choose not to.

Some won’t enter the door because they’ve been offended, even scandalized by one of the doormen. Others won’t enter because they don’t accept that only this door was the right one. Some are really busy and put it off till things settle down.

The Door will Close

There are many reasons. But there comes a moment when the journey is over and the door closes and locks. Wherever you stand at this moment is where you’ll stand forever.

That fact that you were baptized Catholic is no guarantee that you are now on the inside. Neither is the fact that you once accepted Jesus as your personal Lord and Savior.

But we went to Mass every Sunday (“ate and drank in your company”). But we went to Wed night prayer meeting and bible study (“you taught in our streets”).

Actions speak louder than words. Your words may “Lord, Lord” (Matt. 7:21) and your lips may sing hymns every Sunday. But what does the “body language” of your actions say? What side of the narrow door you stand on is not a choice that is made once, either on the day you confess Christ or the day you are baptized. It is a choice that must be made every day up till that last and final day.

You can’t know when that day will be. Here’s the question you need to be concerned with–where do you stand right now?

This post on the Lord Jesus Christ as the narrow door to the universal Catholic Church is offered as a reflection on the Scripture readings for the 21st Sunday in Ordinary time, cycle C (Isaiah 66; Psalm 117; Hebrew 12; Luke 13:22ff).

For more on the narrow door, read the post on Jesus as the Way, the Truth and the Life by Dr. Italy.