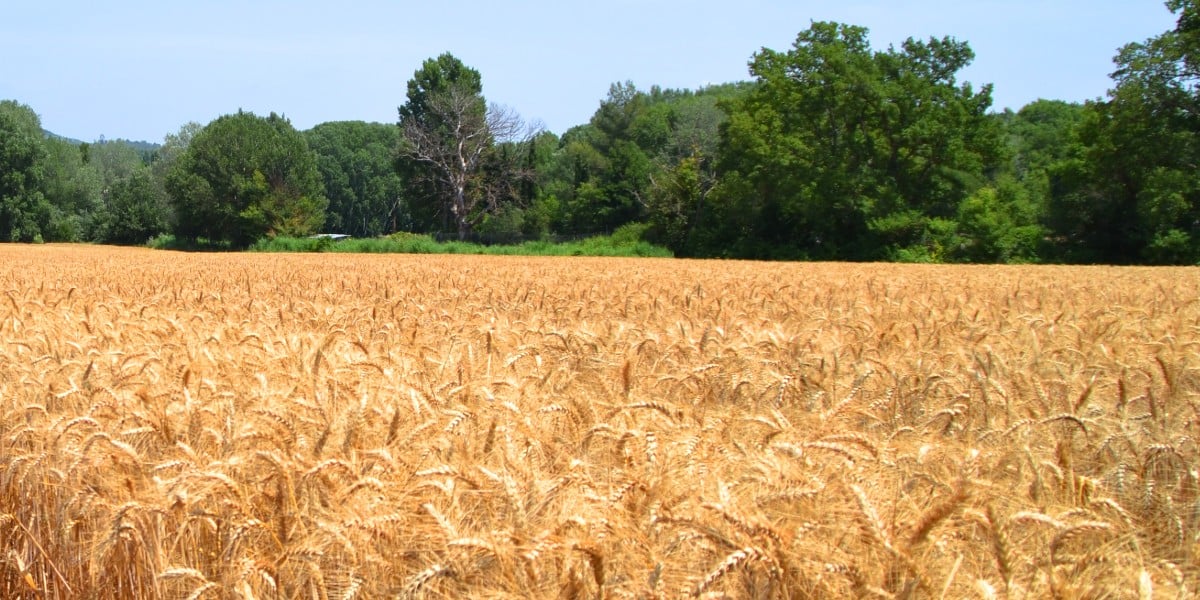 Home > Seasons  > Year A  > Ordinary Time A  > 16th Sunday A  > Parable of the Wheat and Tares – The Church as a Hospital for Sinners
Dr. Marcellino D'Ambrosio

The parable of the wheat and the tares or weeds is Jesus’ response to those who want to cleanse the Christian community of the impure and imperfect.  The Church, in this world, is more a hospital for sinners than a club for saints.  To LISTEN to this post read by Dr. Italy, click on the play arrow on the left, directly below this paragraph. .

At one time or another, we’ve all dreamed of a perfect world. Imagine a company where everyone is productive, a government full of honest politicians, a church where all are saints.

A Church of the Perfect?

Dreaming about such things is natural; expecting such things is dangerous. Unrealistic expectations lead to discouragement, despair, even cynicism. That would be bad enough. But the expectation that the Church is only for the holy has led people to embark on some very misguided projects throughout history.

Consider those who burned witches and heretics to cleanse the church of evil. Or the Puritans who were so appalled by ecclesiastical corruption that they planted a purified Church of the saints in a new land, legislating piety and subjecting the lapsed to public humiliation.

Parable of Wheat & Tares – Church, a Hospital for Sinners

Jesus’ own example should have prevented these errors. First of all, Jesus himself was criticized by the Pharisees for dining with the unclean. He accepted tax collectors and sinners as disciples. He knew the flaws in Peter, Judas, and the others, but he chose them anyway. And just in case his own actions weren’t enough to get his point across, he told the parable of the wheat and the weeds (Matthew 13:24ff).

All this is not to say that Jesus was soft on sin. He commanded the adulteress to go and sin no more and sharply rebuked the apostles numerous times for their pitiful lack of faith. But he did not dismiss them after their numerous blunders. He had come for the sick, not the healthy. His church was to be a hospital for sinners, not a club just for saints.

Of course a hospital exists not to keep people sick, but get them well. If patients want to be admitted, they must be willing to accept treatment, occasionally even severe treatment. Harsh medicines must be used to fight deadly diseases such as cancer. Other times cancerous organs even need to be cut out. Electric shock therapy has even been employed to bring people out of depression.

This brings up an objection that has caused heated debate in recent years. If the Church is meant to be inclusive as the parable of the wheat and tares suggests, then why do we still have the penalty of excommunication on the books? Why do some clamor that Catholic politicians who support legal abortion should be denied holy communion? Isn’t this just a mean-spirited sort of Puritanism?

Not in the least. Withholding communion is done for two reasons. One is that the reception of Holy Communion means not only that one wants personally to receive the Eucharistic body of Christ, but that one is in full, visible communion with the ecclesial body of Christ, which is the Church.  That means fully accepting the Church’s teaching and submitting to the authority of its pastors.

To receive communion while living in a state of grave sin or brazen dissent from church teaching causes tremendous confusion. It could mislead observers into concluding that the sin or error in question is not so serious after all and induce them to also indulge in it. Secondly, it could also lead the communicant to the same conclusion–that his or her actions or opinions really are acceptable and fall within the boundaries of what is spiritually healthy.

Excommunication is not snotty Puritanism. When employed, it is intended as a form of shock therapy. The patient is delusional and needs to be woken up to reality before it is too late. If we don’t act to bring the patient back to his senses, he will likely do himself in and perhaps even take others with him.

When to employ such therapy is a matter for Pope and bishops to decide. Our responsibility is not to worry about how to separate the evil tares from the wheat of the church, but how to uproot the weeds of wickedness from the field of our own hearts. That task is big enough!

For even more on the Eucharist, visit the EUCHARIST LIBRARY of the Crossroads Initiative.

This post on the parable of the wheat and the tares or weeds focuses on the church as a hospital for imperfect sinners.  It also addresses the role of discipline, withholding communion, even excommunication.  It is a reflection upon the readings for the sixteenth (16th) Sunday in Ordinary Time, liturgical cycle A (Wisdom 12:13, 16-19 Psalm 86, Romans 8:26-7; Matthew 13:24-43).

Banner/featured image by Lugdivine Borello on Scopio. Used with permission.