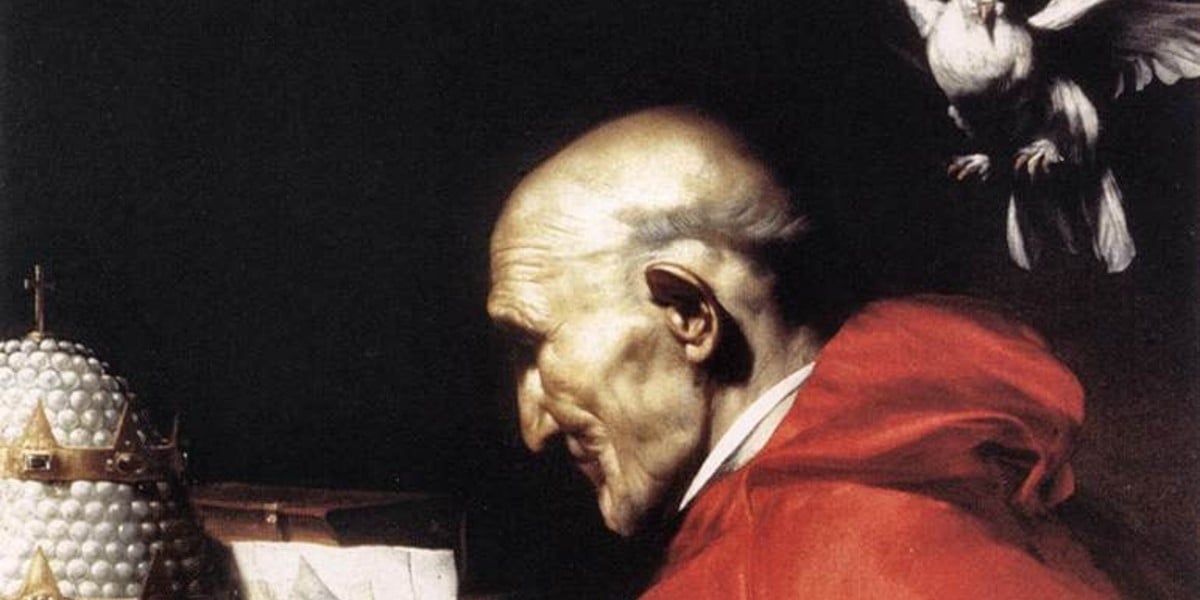 On the Feast of St. Luke, Pray for Priests! – Gregory the Great

Gregory the Great here discusses the Lord’s exhortation to pray for priests and preachers of the gospel who are true laborers since the harvest is great but the serious laborers are few. It is fittingly read on the St. Luke the Evangelist on October 18.

Saint Luke appears to have born of a pagan Semitic family, probably in Syria. After accepting the Christian faith, he became a co-worker of the apostle Paul. From Saint Paul’s preaching he compiled one of the four canonical gospels. He handed down to us an inspired account of the beginnings of the Church in another canonical work, the Acts of the Apostles, which tells of events up to the time of Saint Paul’s first stay in Rome. Between his Gospel and Acts, St. Luke’s writings account for more of the verses in the New Testament than even St. Paul. He has preserved for us some of the most famous parables and stories of the gospel tradition which we would not know otherwise, including Gabriel’s annunciation to the Virgin Mary, the Visitation of Mary to Elizabeth, the Prodigal Son and the Good Samaritan.

Beloved brothers, our Lord and Savior sometimes gives us instruction by words and sometimes by actions. His very deeds are our commands; and whenever he acts silently he is teaching us what we should do. For example, he sends his disciples out to preach two by two, because the precept of charity is twofold-love of God and of one’s neighbor.

The Lord sends his disciples out to preach in two’s in order to teach us silently that whoever fails in charity toward his neighbor should by no means take upon himself the office of preaching.

Rightly is it said that he sent them ahead of him into every city and place where he himself was to go. For the Lord follows after the preachers, because preaching goes ahead to prepare the way, and then when the words of exhortation have gone ahead and established truth in our minds, the Lord comes to live within us. To those who preach Isaiah says: Prepare the way of the Lord, make straight the paths of our God.

Let us listen now to his words as he sends his preachers forth: The harvest is great but the laborers are few. Pray therefore the Lord of the harvest to send laborers into his harvest. That the harvest is good but the laborers are few cannot be said without a heavy heart, for although there are many to hear the good news there are only a few to preach it. Indeed, see how full the world is of priests, but yet in God’s harvest a true laborer is rarely to be found; although we have accepted the priestly office we do not fulfil its demands.

Think over, my beloved brothers, think over his words: Pray the Lord of the harvest to send laborers into his harvest. Pray for us so that we may be able to labor worthily on your behalf, that our tongue may not grow weary of exhortation, that after we have taken up the office of preaching our silence may not bring us condemnation from the just judge.

This excerpt from a homily (Hom. 17, 1-3, PL 76, 1139) by St. Gregory the Great (d. 604 AD) discusses the Lord’s exhortation to pray for priests and preachers of the gospel who are true laborers since the harvest is great but the serious laborers are few. It is used in the Roman Office of Readings for the Feast of St. Luke the Evangelist on October 18.