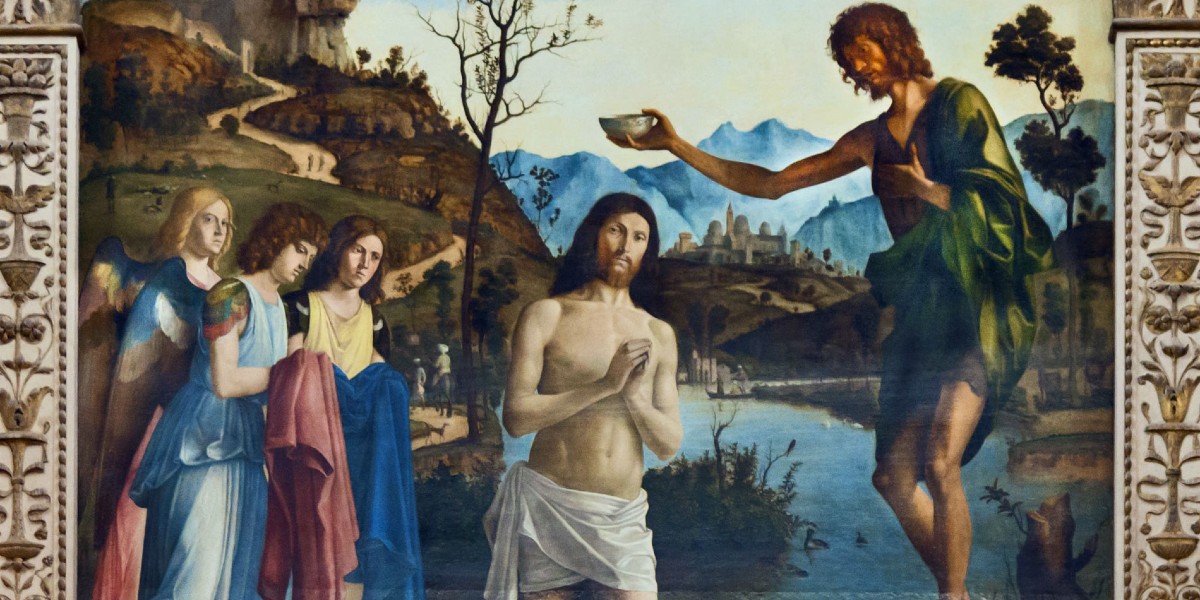 Ambrose here addresses those who have just received the sacrament of baptism, showing them the many types or prefigurations of the waters of baptism to be found in the Old Testament Scriptures. This a wonderful meditation for those participating in RCIA.

Listen to the Apostle’s teaching: For all our fathers were under the cloud, and all passed through the sea, and were all baptized into Moses in the cloud and in the sea. Moreover, Moses himself sings in triumph You sent your Spirit and the sea covered them.

Baptism prefigured in the Exodus through the Sea

As you see, holy baptism was prefigured even then at the crossing of the sea, where the Egyptians perished but the Hebrews escaped. What else, after all, are we daily taught about baptism? That with the immersion in water, guilt is swallowed up and error done away with, but that virtue and innocence remain unharmed?

Overshadowed by a Cloud

You hear that our fathers were under the cloud, a kindly cloud which cooled the heat of carnal passions. That kindly cloud overshadows those whom the Holy Spirit visits. Finally it came upon the Virgin Mary, and the Power of the Most High overshadowed her, when she conceived Redemption for the race of men. The miracle worked by Moses was a prefiguration of this miracle. But then – if the Spirit was in the figure, how can he not be present in the reality? As Scripture says, The law was given by Moses, but grace and truth came by Jesus Christ.

Marah was a spring of unendurably bitter water: Moses threw wood into it and it became sweet. For you see: water without the preaching of the Cross of the Lord is of no use for future salvation, but, after it has been consecrated by the mystery of the wood of the saving Cross, it is made suitable for the use of the spiritual cleansing and of the cup of salvation. So as Moses (that is, the prophet) threw wood into that fountain, so the priest utters over this font the proclamation of the Lord’s cross, and the water is made sweet for the purpose of grace.

You must not trust, then, wholly to your bodily eyes. What is not seen is in reality seen more clearly; for what we see without eyes is temporal whereas what is eternal (and invisible to the eye) is discerned by the mind and spirit.

Cleansing of Namaan in the Jordan Prefigured Baptism

And it is said that, having taken silver and gold, Naaman went to the king of Israel. And the king, when he heard why Naaman had come, tore his garments, saying that this was an attempt to put him in the wrong, since healing leprosy was not in the power of kings. Elisha, however, sent word to the king that he should send the Syrian to him, so that he might know there was a God in Israel. And when he had come, he told him to dip himself seven times in the river Jordan.

Naaman doubted until the time when he was cleansed; but you are cleansed by now, and so you should not have doubts.

St. Ambrose was the bishop of Milan, Italy who baptized St. Augustine in the second half of the 4th century AD. This excerpt on the types which prefigured the waters of baptism in the Old Testament Scriptures comes from his treatise On the Mysteries (nn. 12-16, 19: SC 25 bis, 162-164).  It appears in the Roman Catholic Office of Readings on Tuesday of the fifteenth (15th) week in ordinary time.  The accopanying biblical reading is from 1 Kings 19: 1-21.

For the previous section of Ambrose’s On the Mysteries, click here.

For the next section of Ambrose’s On the Mysteries, click here.