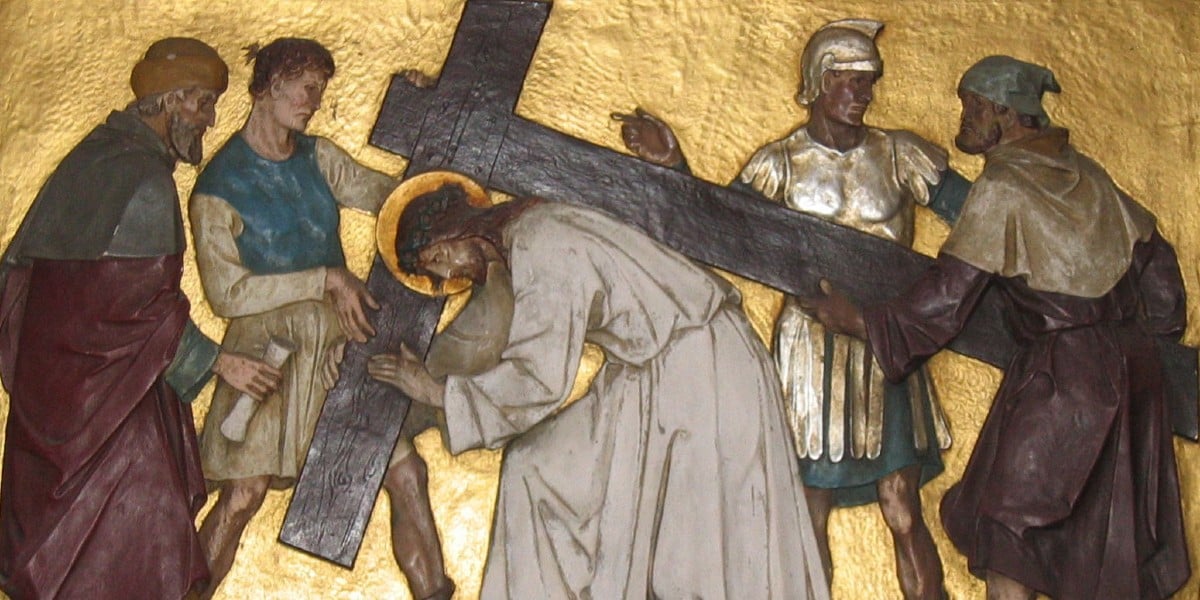 Tabor to Calvary: Was Jesus Abandoned by God?

This post examines the relationship between the transfiguration and the passion of Christ, between Mount Tabor and Calvary.  It examines the question of whether God ever abandoned Jesus and makes for helpful reading either for the Feast of the Transfiguration on August 6 or during Lent and Holy Week.

Appearances can be deceiving.  After all, Jesus was just another Galilean.  His hands were the rough hands of a workman.  People in Nazareth knew his mother.  Some even remembered the man they thought was his dad.

Yet when Jesus went up on Mt. Tabor with his three closest disciples, his appearance changed.  The glory of his divinity suddenly became visible, shining through his humanity, dazzling his overwhelmed disciples.

But then two others showed up–Moses and Elijah.  Of all the great figures of the Old Testament, why them?  The Jews were not abstract but rather very concrete thinkers.  When they thought about the first five books of the Bible, “the Law,” or “Torah”, they thought of a person – Moses.  When they considered the Bible’s prophetic writings, the greatest prophet came to mind– Elijah.  The Law and the Prophets.  That was the Jewish way of saying “the Bible.”  Moses and Elijah witness to Jesus because all of Scripture witnesses to him.

But what did the three of them talk about?  His miracles?  His teaching?

Neither.  They spoke about his “exodus” soon to be accomplished in Jerusalem.  This is what is predicted and described in a mysterious way all throughout the Law, the Prophets, and the Psalms, namely his march straight through indescribable suffering and death on his way to resurrected glory.

One thing that has troubled many people about his passion is his cry from the cross “My God, my God, why have you abandoned me?” (Matt 27:46). Some have even read into this a mistaken theology that Jesus, taking our place, experienced the most terrible consequence of our sin, namely being cut off from communion from the Father, separated from God and his grace.

Featured/above image of the Church of Transfiguration. Photo by Berthold Werner. Public domain.

So, then, how do we take Jesus’ troubling words?

They are actually a quote from a psalm.  In fact the ancient Jewish practice was to designate a particular psalm not by a number but by its first few words (as we refer to the Lord’s prayer as the “Our Father”).  There is a psalm, in fact, that begins with this phrase, Psalm 22.

Make this psalm part of your meditation on the passion this Lent. In a remarkable way it predicts the mockery that is hurled upon Christ that fateful day.  It foretells the piercing of his hands and feet by a pack of “dogs” (as gentiles were called in those days), the gambling for his clothing, even his eventual deliverance by the God who hears his cry. So Jesus, from the cross, uses these words to proclaim what is manifest in the transfiguration: “all the law and the prophets bear witness to me and to what is happening right now.”

To die for us is why Jesus came.  This is why for ten chapters in Luke’s gospel (9-19), Jesus is resolutely making his way towards Jerusalem and ultimately, Calvary.

His teaching and his miracles are remarkable.  But if he had not laid down his life for us, if he had not been raised from the dead, we’d still be in our sins.  The entire drama of human history finds its center and its meaning in these few tumultuous days.

Some have asked why Mel Gibson’s movie only covered Christ’s passion, and not his entire life.

This is the reason. Theologically, the page dividing the New and Old Testaments is not the gold-edged one between Malachi and Matthew, but rather the crimson-tinged page of the passion.

And if you’ve see this movie, you understand why Peter, James, and John needed the glory of Tabor before enduring the horror of Calvary.

This post focuses on the Transfiguration of Christ on Mt. Tabor and its relationship with his passion on Calvary.  It appears here as a reflection on the readings for the 2nd Sunday of Lent, cycle C (Genesis 15:5-18; Philippians 3:17- 4:1; Luke 9:28-36).

For more on the meaning of Jesus transfiguration atop Mt. Tabor, see the TRANSFIGURATION SECTION of the Crossroads Initiative Library.