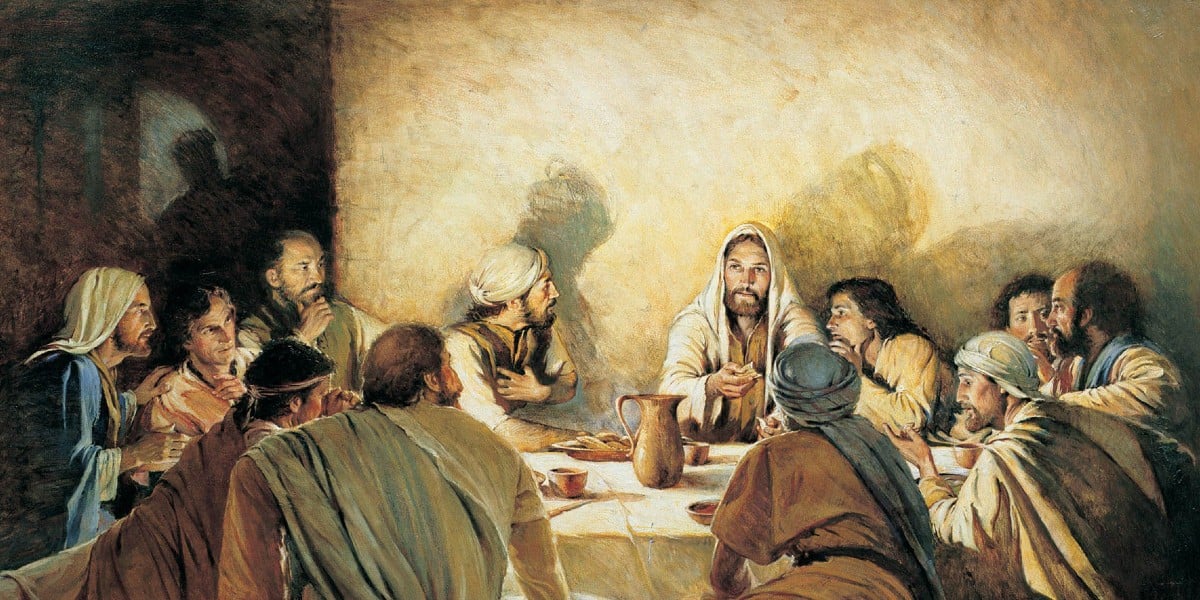 John Chrysostom shows how the transformation of twelve weak and fearful disciples into world-conquering apostles is the surest proof that they indeed saw the risen Christ.  Customarily read on the feast of St. Bartholomew, apostle, on August 24, this excerpt from a homily on Paul’s first letter to the Corinthians shows us how all the 12 apostles illustrate Paul’s saying that “the weakness of God is stronger than men.”

It was clear through unlearned men that the cross was persuasive, in fact, it persuaded the whole world. Their discourse was not of unimportant matters but of God and true religion, of the Gospel way of life and future judgement, yet it turned plain, uneducated men into philosophers.

The Foolishness of God

How the foolishness of God is wiser than men, and his weakness stronger than men! [1 Cor 1:25].

In what way is it stronger?

It made its way throughout the world and overcame all men; countless men sought to eradicate the very name of the Crucified, but that name flourished and grew ever mightier. Its enemies lost out and perished; the living who waged a war on a dead man proved helpless.

Therefore, when a Greek tells me I am dead, he shows only that he is foolish indeed, for I, whom he thinks a fool, turn out to be wiser than those reputed wise. So too, in calling me weak, he but shows that he is weaker still. For the good deeds which tax-collectors and fishermen were able to accomplish by God’s grace, the philosophers, the rulers, the countless multitudes cannot even imagine.

The Apostles & the Weakness of God

Paul had this in mind when he said: The weakness of God is stronger than men. That the preaching of these men was indeed divine is brought home to us in the same way. For how otherwise could twelve uneducated men, who lived on lakes and rivers and wastelands, get the idea for such an immense enterprise? How could men who perhaps had never been in a city or a public square think of setting out to do battle with the whole world?

That they were fearful, timid men, the evangelist makes clear; he did not reject the fact or try to hide their weaknesses. Indeed he turned these into a proof of the truth. What did he say of them? That when Christ was arrested, the others fled, despite all the miracles they had seen, while he who was leader of the others denied him!

How then account for the fact that these men, who in Christ’s lifetime did not stand up to the attacks by the Jews, set forth to do battle with the whole world once Christ was dead – if, as you claim, Christ did not rise and speak to them and rouse their courage? Did they perhaps say to themselves: “What is this? He could not save himself but he will protect us? He did not help himself when he was alive, but now that he is dead he will extend a helping hand to us? In his lifetime he brought no nation under his banner, but by uttering his name we will win over the whole world?” Would it not be wholly irrational even to think such thoughts, much less to act upon them?

It is evident, then, that if they had not seen him risen and had proof of his power, they would not have risked so much.

This post on the apostles, including St. Bartholomew, is an excerpt from a homily by St. John Chrysostom on Paul’s first letter to the Corinthians (Hom. 4, 3.4: PG 61, 34-36).  It shows how the apostles illustrate what Paul meant by “the weakness of God is stronger than men.”  It appears in the Roman Office of Readings for the Feast of St. Bartholomew, apostle, on August 24.  Saint Bartholomew was born at Cana. John’s gospel recounts that he was brought to Jesus by the apostle Philip. After Pentecost, he is said by tradition to have preached the Gospel in India where he was rewarded with the crown of martyrdom.

For more on the apostles, read Dr. Italy’s post The Apostles: Who Were the Twelve?