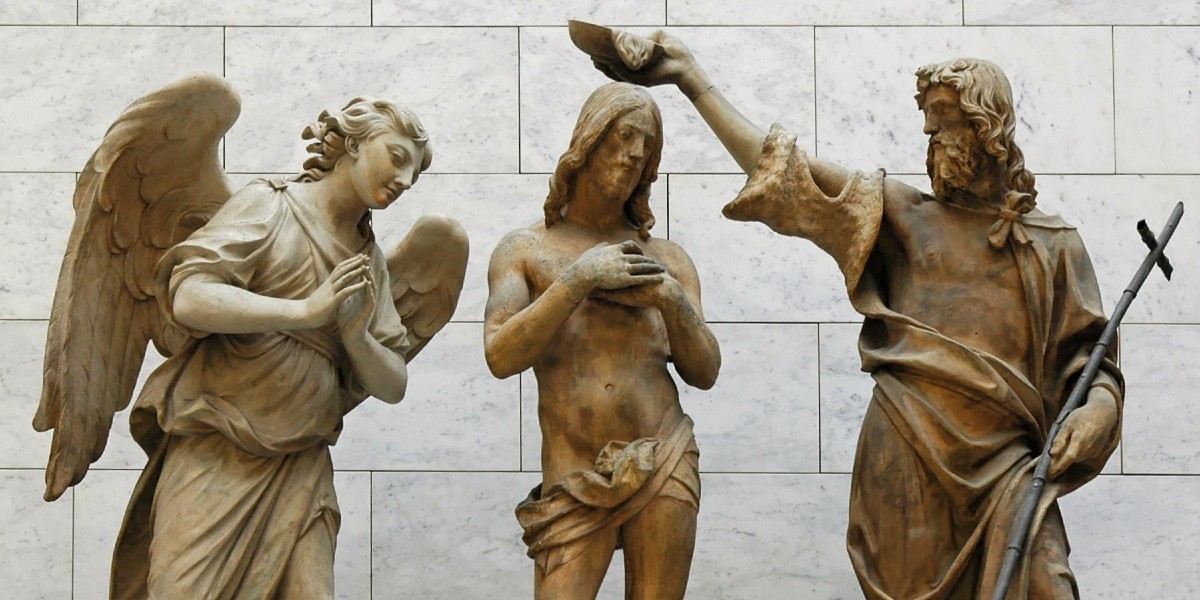 Ambrose here provides a fascinating glimpse into the rites such as the Ephphatha that precede baptism in 4th century Milan as well as into the adult catechesis (RCIA) of the early Church.   In this process, discussion of the sacraments or mysteries, mystagogia, was given only after people had already received the sacraments of initiation.  Prebaptismal instruction was limited to moral catechesis, using books such as Proverbs and Sirach, and the history of salvation as laid out in the historical books of the Old Testament. The “high priest” referred to in the reading is the bishop-the “levite” refers to the deacon.  Note that this catechumenate involved daily instruction.

W e gave a daily instruction on right conduct when the readings were taken from the history of the patriarchs or the maxims of Proverbs. These readings were intended to instruct and train you, so that you might grow accustomed to the ways of our forefathers, entering into their paths and walking in their footsteps, in obedience to God’s commands.

Now the season reminds us that we must speak of the mysteries, setting forth the meaning of the sacraments. If we had thought fit to teach these things to those not yet initiated through baptism, we should be considered traitors rather than teachers. Then, too, the light of the mysteries is of itself more effective where people do not know what to expect than where some instruction has been given beforehand.

Rite of Ephphatha, Mystery of Opening

Open then your ears. Enjoy the fragrance of eternal life, breathed on you by means of the sacraments. We explained this to you as we celebrated the mystery of “the opening” when we said: Ephphatha, that is, be opened [Mark 7:34]. Everyone who was to come for the grace of baptism had to understand what he was to be asked, and must remember what he was to answer. This mystery was celebrated by Christ when he healed the man who was deaf and dumb, in the Gospel which we proclaimed to you.

After this, the holy of holies was opened up for you; you entered into the sacred place of regeneration. Recall what you were asked; remember what you answered. You renounced the devil and his works, the world and its dissipation and sensuality. Your words are recorded, not on a monument to the dead but in the book of the living.

There you saw the levite, you saw the priest, you saw the high priest. Do not consider their outward form but the grace given by their ministries. You spoke in the presence of angels, as it is written: The lips of a priest guard knowledge, and men seek the law from his mouth, for he is the angel of the Lord almighty.  There is no room for deception, no room for denial. He is an angel whose message is the kingdom of Christ and eternal life. You must judge him, not by his appearance but by his office. Remember what he handed on to you, weigh up his value, and so acknowledge his standing.

Turn towards Christ, the true East

You entered to confront your enemy, for you intended to renounce him to his face. You turned toward the east, for one who renounces the devil turns toward Christ and fixes his gaze directly on him.

St. Ambrose of Milan was the bishop of Milan, Italy, who baptized St. Augustine. This section is from his treatise On the Mysteries (Nn. 1-7; SC 25 bis, 156-158).  It appears in the Roman Office of Readings on Sunday of the 15th week in ordinary time.

For the next selection from St. Ambrose’s treatise On the Mysteries, click here.

For more on the Sacrament of Baptism, see the BAPTISM SECTION of the Crossroads Initiative Library.