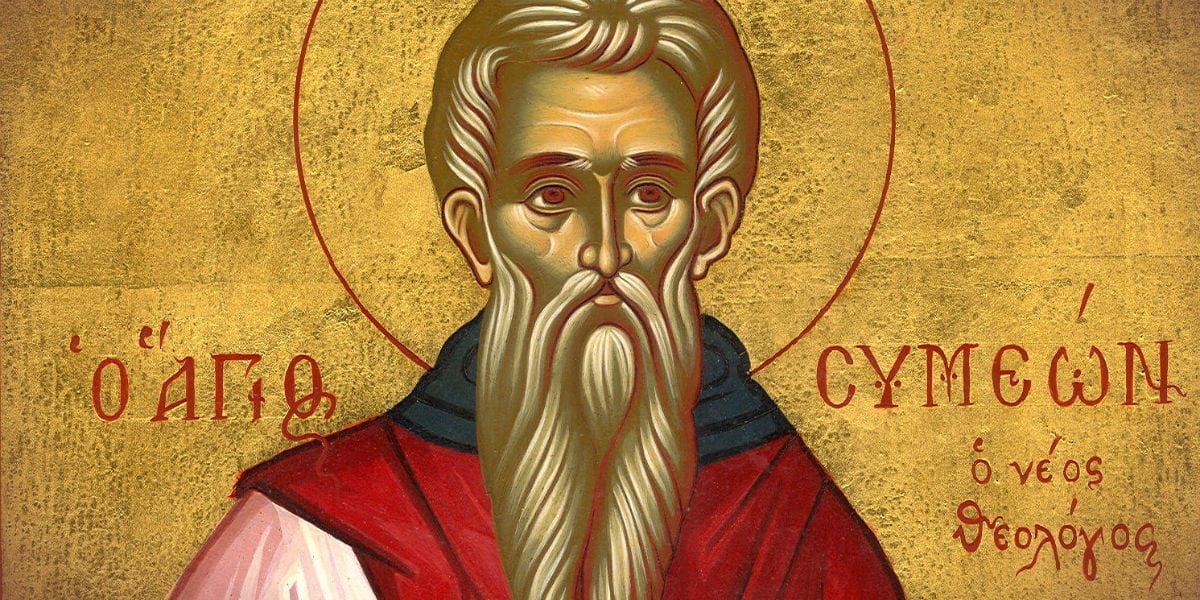 Call of St. Anthony of the Desert – Athanasius

Athanasius on the call of Antony of the Desert.  Born in Egypt in 251AD, St Anthony is the originator of the monastic life. When his parents died, he listened to the words of the Gospel and gave all his belongings to the poor. He went out into the wilderness to begin a life of penitence, living in absolute poverty, praying, meditating, and supporting himself by manual work. He suffered many temptations, both physical and spiritual, but he overcame them. Disciples gathered round him, attracted by his wisdom, moderation, and holiness. He gave support to the victims of the persecutions of Diocletian and later helped St Athanasius in his fight against the Arians.   He lived to be over a hundred years old, and died in 356.  His feast day is on January 17.

When Anthony was about eighteen or twenty years old, his parents died, leaving him with an only sister. He cared for her as she was very young, and also looked after their home.

Not six months after his parents’ death, as he was on his way to church for his usual visit, he began to think of how the apostles had left everything and followed the Savior, and also of those mentioned in the book of Acts who had sold their possessions and brought the apostles the money for distribution to the needy. He reflected too on the great hope stored up in heaven for such as these. This was all in his mind when, entering the church just as the Gospel was being read, he heard the Lord’s words to the rich man: If you want to be perfect, go and sell all you have and give the money to the poor – you will have riches in heaven. Then come and follow me.

It seemed to Antony that it was God who had brought the saints to his mind and that the words of the Gospel had been spoken directly to him. Immediately he left the church and gave away to the villagers all the property he had inherited, about 200 acres of very beautiful and fertile land, so that it would cause no distraction to his sister and himself. He sold all his other possessions as well, giving to the poor the considerable sum of money he collected. However, to care for his sister he retained a few things.

The next time he went to church he heard the Lord say in the Gospel: Do not be anxious about tomorrow. Without a moment’s hesitation he went out and gave the poor all that he had left. He placed his sister in the care of some well-known and trustworthy virgins and arranged for her to be brought up in the convent. Then he gave himself up to the ascetic life, not far from his own home.

Antony kept a careful watch over himself and practiced great austerity. He did manual work because he had heard the words: If anyone will not work, do not let him eat. He spent some of his earnings on bread and the rest he gave to the poor.

Having learned that we should always be praying, even when we are by ourselves, he prayed without ceasing. Indeed, he was so attentive when Scripture was read that nothing escaped him and because he retained all he heard, his memory served him in place of books.

Seeing the kind of life he lived, the villagers and all the good men he knew called him the friend of God, and they loved him as both son and brother.

This excerpt from the Life of St. Anthony (aka Antony) by St. Athanasius is used in the Roman Office of Readings for January 17, the liturgical memorial of St. Antony of the Desert.

St. Athanasius was born in Alexandria, Egypt, around the year 296 AD. Most probably, he was educated in the famous catechetical school of that city, which decades earlier was led by Clement of Alexandria and then Origen. Athanasius became a deacon and secretary to Alexandria’s bishop, Alexander, and in that capacity accompanied Alexander to the first great Ecumenical Council, the Council of Nicaea in 325 AD. Shortly after returning from the Council (328), Athanasius was elected to succeed Alexander, and so became patriarch archbishop of Alexandria, the greatest episcopal see in the Church after Rome. St. Athanasius is one of the most important of the Early Church Fathers, best known for his tireless proclamation of the Council of Nicaea’s profession of faith in the full divinity of Christ during the troubled period of the Arian heresy, which denied Jesus’ equality with the Father. For decades after the Council, powerful forces in the government lobbied for an Arian form of Christian faith. Athanasius bravely stood against this and was exiled numerous times by the government. He was forced to flee to Rome in 339 where he stayed for 7 years in exile, establishing close relationships with the Roman Church which supported him in his battle for orthodoxy throughout the rest of his life. While still a deacon in his twenties, Athanasius wrote his famous treatise, On the Incarnation, which remains one of two best known works. The other is his Life of Antony, the spiritual classic which tells the story of the man who initiated the monastic movement in Egypt and indeed throughout the entire Christian world. St. Antony and his monks were stalwart supporters of Athanasius throughout his struggle against Arianism. From 339 to 359 Athanasius also wrote a number of other works defending the orthodox faith of the Council of Nicaea. On account of his great holiness and exceptional teaching, he is regarded by Catholics as one of the Doctors of the Church. Athanasius died in Alexandria on May 2, 373 and to this day he is honored on May 2 in the Roman liturgy. Biography by Dr. Italy