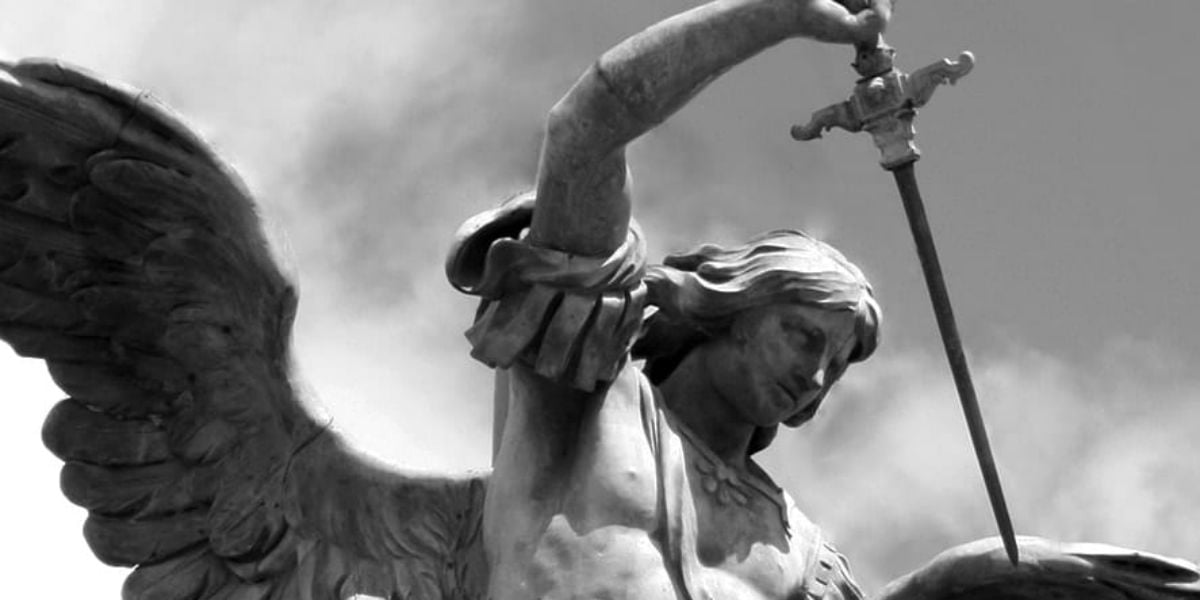 Demons.  Satan.  Beelzebub.  Lucifer.  The Devil.  Known by various names, evil spirits are to be found in the Bible, both New and Old Testaments.  Jesus casts them out and has authority over them.  What do we now make of this, living as we do in a scientific age?

I’ve read many term papers in my day. Most of them are no more than a patchwork of quotes. That’s because college students are smart enough to know that they really can’t say much on their own authority.  To make their case successfully, they have to lean on the authority of others more learned than themselves.

That’s exactly how the scribes and Pharisee’s taught in Jesus’ day. “Rabbi Abraham says this. . . Rabbi Gamaliel says that . . .”

He Commands with Authority

So when a new young teacher appears in Capernaum, this is what people expect. They are in for a surprise: he quotes no one else except God’s Word. That’s because there is no one more learned than He. In fact, he happens to be God’s Word made flesh.

But he doesn’t just speak to the humble townspeople this way. When he encounters superhuman forces that strike fear into the hearts of men, he is unruffled. There are no incantations; he does not plead. Rather than Jesus being afraid of them, the demons are afraid of him. Upon encountering him, they shriek. He calmly commands–“shut up and get out.” A moment later all is still.  Bystanders marvel; A former victim is now a free man! Word travels fast–little Capernaum happens to be right on a caravan route from Syria to Egypt.

But isn’t all this talk of demons just a relic of the mythological world view of a pre-scientific age? After all, these primitive folks don’t know about mental illness, chemical imbalance, viruses, and bacteria. Surely they were just attributing to supernatural causes what they could not understand.

That sounds very sophisticated, but it’s dead wrong. First of all, demons are not supernatural at all. Super-natural means above and beyond nature or creation–in other words, uncreated and transcendent. Only God qualifies for this label.

St. Thomas Aquinas called the realm of angels and demons “preternatural” since it escapes the sensory knowledge that we can have of the rest of creation. We human beings were created by God as enfleshed spirits. But divine revelation tells us that God also created pure spiritual beings with the same freedom we have. Those who chose to use that freedom to serve God we call “angels” or messengers. Those who decided to use their freedom to defy God are called demons. Pride and envy lead them to hate not only God, but also us who are made in God’s image and likeness.

So people in Jesus day had good cause to fear demons–they are hostile and powerful. Plus, their intelligence is superior to ours–note that the demon in the story, unlike the humans, instantly recognized who Jesus was.

OK, the ancients may have attributed too much to demonic influence, but moderns tend to make the opposite error. The existence of the angelic and demonic realm is part of the ordinary teaching of the Church’s Magisterium, clearly reaffirmed by Popes Paul VI, John Paul II, Benedict and Francis. In fact when we say in the Creed that we believe in the Creator of heaven and earth, “of all things visible and invisible,” the invisible things refer precisely to this world of angelic and demonic spirits. 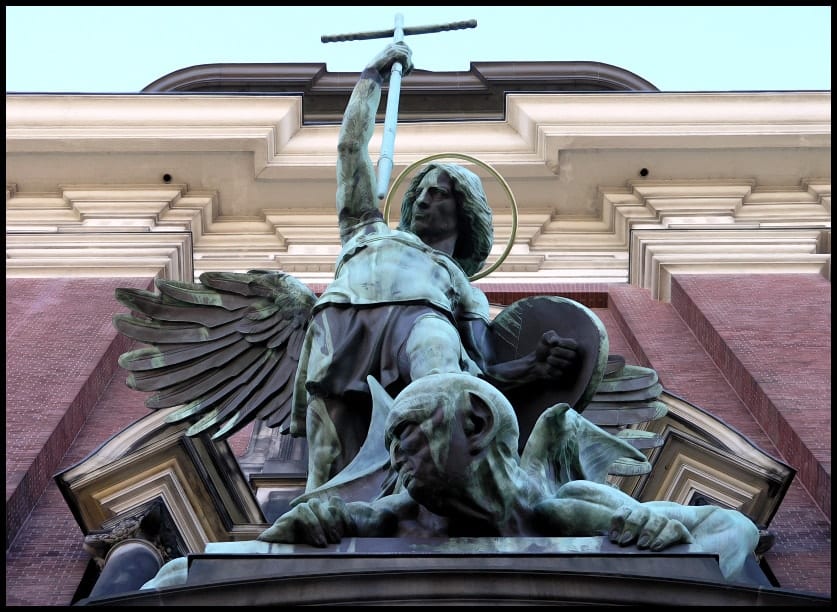 So why is it important to believe that such creatures exist?

Battle Not Against Flesh & Blood

Because the first rule of warfare is to know your enemy. Paul tells us clearly in Ephesians 6:12 – Our battle is not against human forces but against the principalities and powers . . . the evil spirits.

Only God has power over this world. Jesus, in commanding the demons, as later in the Gospel he commands the wind and the waves, does only what God can do. Once we are joined to Christ, the enemy has no more authority or power over us. Unless, of course, we voluntarily give it to him through sin. If we cling to the Lord and listen to him, we have nothing to worry about. If not, we have lots to worry about.

For a related PODCAST on Spiritual Warfare, listen to the SWORD OF THE SPIRIT.