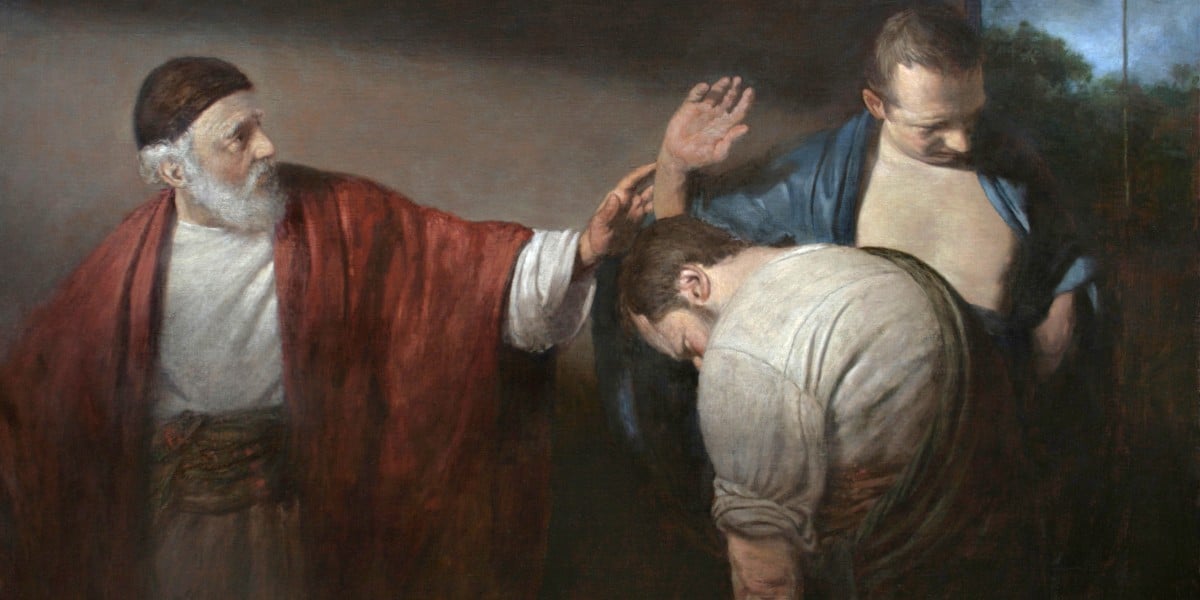 Talk is Cheap – Parable of the Two Sons

The parable of the two Sons makes clear that saying yes to Jesus Christ is much more a matter of deeds and actions than words and promises.  Talk is cheap but body language never lies. To LISTEN to this post read by Dr. Italy, click on the play arrow on the left, directly below this paragraph.

There will never be a shortage of words. Words are plentiful because talk is cheap. It’s easy to make a promise. Keeping a promise is an entirely different matter, as the parable of the two sons in Matthew’s Gospel makes abundantly clear.

There are over a billion people on the planet who have solemnly promised to live a life of loving service to God. For that is what baptism and confirmation mean. Millions renew this promise each Sunday. That’s what saying the creed and receiving communion mean.

But what do our actions say? Sadly, most baptized Christians have lifestyles that don’t quite match the words they profess.

God’s Word is more than words. His Word is so substantial that it is a Person, the Second Person of the Blessed Trinity. And this Word was not satisfied to say “I love you.” Rather He leapt into action, stripped Himself of glory, assumed the form of a slave, healed the sick and washed feet. The last and ultimate word of the Word was the Cross, the most eloquent love letter ever written, the final PS of a 33 year life of love in action (Phil 2:1-11).

We don’t need to win God’s favor through perfect deeds. The Son did this for us because we were unable. But we do need to admit our need for him, repent of our sins, accept what Jesus did for us, and seek the will of the Father in the power of the Spirit.

We say “sorry.” But contrition is more than saying sorry. It includes the determination to change one’s life with the help of God’s grace and to avoid “the near occasion of sin.” If we say we regret falling off a cliff and then, soon after, walk right up to the edge again, our actions drown out our weak words. If we go to confession for sexual sin yet continue to watch sex-laden movies, we may be fooling the priest and maybe even ourselves, but we aren’t fooling God.

Parable of the Two Sons

When in the parable of the two sons, one boy says yes to the will of His Father and fails to do it, there were probably excuses given. “I forgot.” “I’ll get around to it later.” “I was too busy.” “I do more than my fair share–let my brother do it.” God is wise to all this. He hears the real answer being given–“No.”

Many can’t see how a loving God could possibly condemn anyone to hell. I think the answer is simple. Yes, he is a loving God who happens also to be an honest God. And he insists that the people he has created free also be honest with themselves and accept responsibility for the answer they freely choose to give to his call.

Parable of the Two Sons: Yes or No?

Up until the very end, we have the freedom to change our answers. But the final answers which God reads are not written in Hebrew, Greek, or Roman script, but in the characters formed by our deeds.

This post entitled “talk is cheap” focuses on the parable of the two sons.  It emphasizes the difference between words and promises on the one hand and deeds and actions on the other.  It appears as a reflection upon the readings for the 26th Sunday in Ordinary Time, liturgical cycle A (Ezekiel 18:25-28), Psalm 125, Philippians 2:1-11, 27; Gospel of Matthew 21:28-32).

Banner/featured image Parable of the Two Sons by an unknown artist. CC 4.0.