Who am I to Judge?

The Sermon on the Mount in Matthew’s gospel includes such tough commands as love your enemies, turn the other cheek, and judge not.  How are we to understand such things and put them into practice?  The examples of Jesus & St. Thomas More provide us with insight here.

These words from Jesus’ Sermon on the Mount sound admirable to some, but preposterous to others. The 19th century philosopher Friedrich Nietzsche thought such talk promotes a society of weaklings.  Karl Marx thought these words keep the oppressed under the thumbs of the capitalists.

Turn the other Cheek

Does Jesus want us to be doormats, suckers who allow ourselves to be taken advantage of by every bully, dictator and gangster that comes down the road?

Not at all.  Let’s examine Jesus’ teaching in the Sermon on the Mount against the background of a few examples drawn from Scripture and the lives of the saints..  David did not kill Saul, the Lord’s anointed (1 Sam. 26).  But neither did he give himself up.  He resisted the injustice of his insecure king even while he respected the king’s sacred office.

When the citizens of Nazareth tried to throw Jesus over the brow of the hill, the Lord slipped through the crowds and escaped (Lk. 4:29-30).   His time had not yet come.

When Henry VIII divorced his wife, married another, and declared himself head of the Church, his Chancellor, Thomas More, did everything he could ethically do to avoid execution (see the movie A Man for All Seasons). 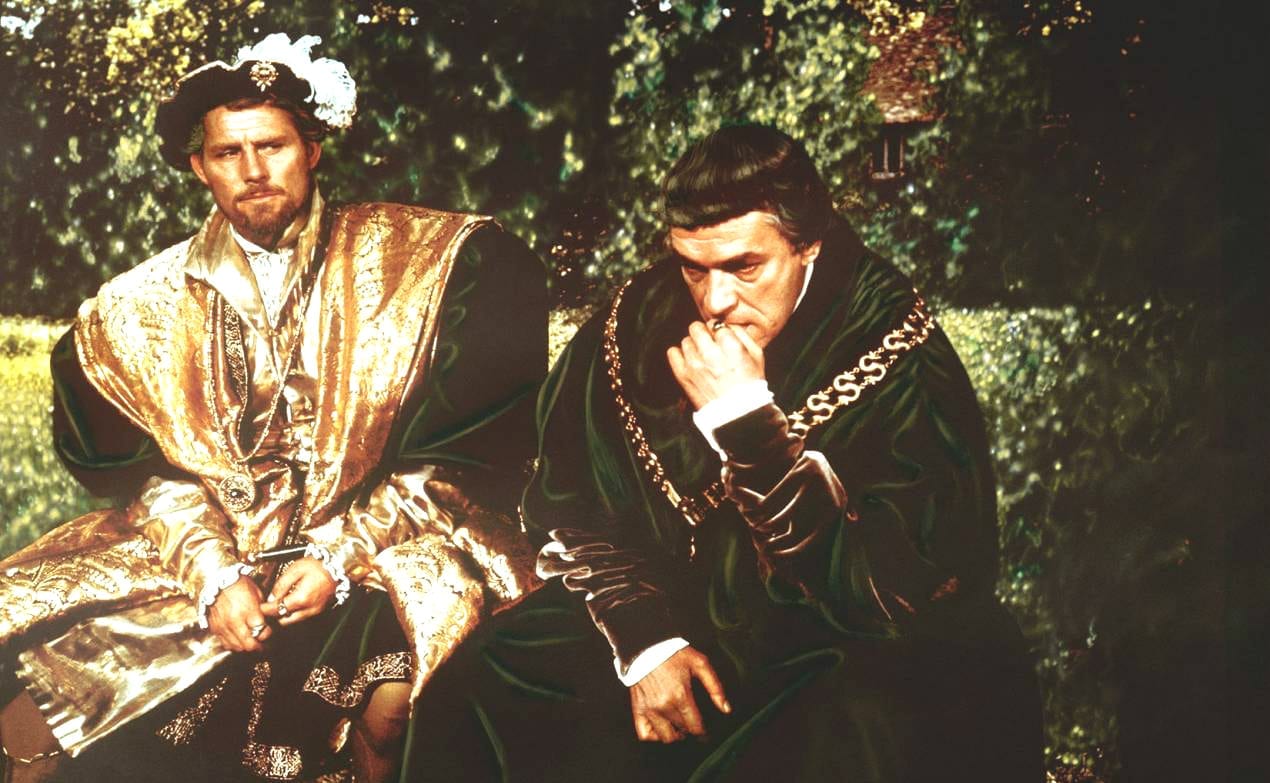 But when false testimony finally led to the death sentence for Jesus and his 16th century disciple, Thomas, it was time to give witness to the truth with their blood.  It was time to turn the other cheek.  Notice the attitude of our Lord towards his persecutors – “Father forgive them, for they know not what they do (Luke 23:34).”   And Thomas More’s words to the executioner, after giving him a few coins as a tip: “Do not hesitate to do your duty, for you send me to God.”

Judging vs. Judge Not

Tough love sometimes demands we say tough words.  Jesus called the Pharisees hypocrites and publicly exposed their sophistry (Mark 7).  After sentence was pronounced, Thomas More loudly proclaimed to the packed courtroom that the King had no right to make himself head of the Church of England.

What no human being can or should do is judge the ultimate standing of another person before God based on the hidden motivations of the heart.  People can do some abominable things driven by fear, hurt, or misinformation.  Recall the words of Jesus: “they know not what they do” (Lk. 23:34).  But what they do is abominable, nonetheless.

Though God alone is competent to judge the heart, we can and must judge whether objective behavior is bad or good, right or wrong.  Sometimes it is even our duty to tell people that it is wrong and condemn it.  Believe it or not, warning sinners is actually one of the spiritual works of mercy!

Abortion is wrong.  But that does not mean that a particular woman and her abortionist are alienated from God, bound certainly for hell.  And it does not mean that I am better than the particular woman or physician who is a party to an abortion.  Jesus said “from those to whom much has been given, much will be expected” (Lk. 12:48).  Maybe the woman and the abortionist have done more with what they’ve been given than I.  That’s not for me to figure out.  That’s God’s call.  My responsibility is to care enough about them to tell them the truth and help them get the support they need to live according to that truth.

Dr. Bernard Nathanson, notorious abortionist, and Norma McCorvey, the “Roe” of Roe vs. Wade, ultimately became passionate defenders of the right to life.  Why?  Because they met Christians who, while hating the sin, truly loved the sinner.

Such love of enemies is supernatural.  It is possible only for God and for those who let His love work through them.  Will such love change everyone?  The example of Judas and the Pharisees would argue not.  Yet Norma McCorvey and Dr. Nathanson demonstrate that, for those whose hearts are the least bit open, such love is often irresistible.