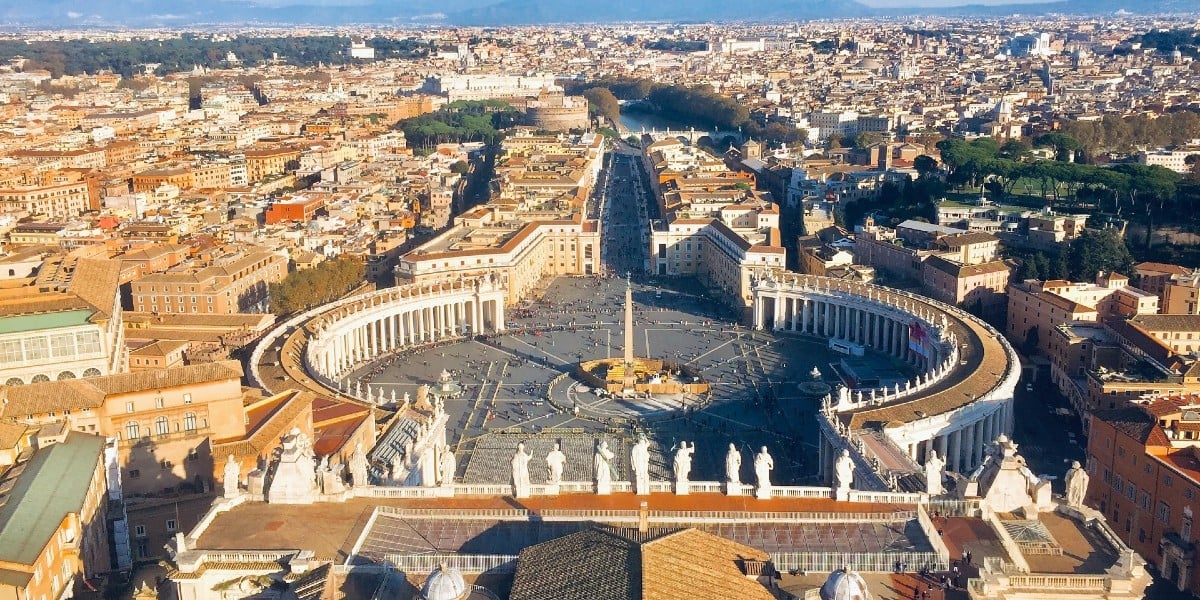 Peter, the Pope and the Keys

When we think about the Pope, we often think of the Vatican.  But the roots of the Papacy are in the Old Testament as well as in the Gospel story of Jesus changing Simon’s name to Peter and giving him the keys of the Kingdom of Heaven.

But the roots of the papacy actually go back to Jerusalem and the messiah-kings who ruled there.

Old Testament & the Keys to the Kingdom

Like most heads of state, David and his descendants, the anointed kings of Judah, realized that they could not govern alone. The most important officer assisting the king was something akin to a prime minister. He was called “the Master of the Palace.”

In Isaiah 22, we see God tell an unworthy Master of the Palace, Shebna, that he will be replaced by Eliakim, who will do things right. Here’s what we learn from this passage–the Master of the Palace wears special robes of honor indicating his special authority. He is to be a “father” to everyone in the Kingdom. The symbol of his authority is a key, for he has the power to open doors for people and to close doors as well. Particularly, he controls access to the king himself. He is someone who you can hang a lot of weight upon, like a peg in a sure spot.

From Simon to Peter

When Jesus began his public ministry, he did not just come right out and proclaim that he was the long-awaited messiah. At Caesarea Philippi (Matthew 16:13-20), he asked his disciples what the crowd was saying about him. They quickly volunteered various opinions they’d heard.

But then the Lord asks a more pointed question. “Who do you say that I am?” Perhaps an awkward moment of silence followed. Then one of them blurts out: “You are the Messiah, the son of the living God!”

Notice I did not say that it was Peter who proclaimed this. For he was not yet called Peter. And that’s the point. Nowhere else in the Gospels does Jesus change anyone’s name. In the Old Testament, when God changes someone’s name, it indicates that this person is to play a unique role in salvation history–Abram to Abraham, Jacob to Israel, and so on. Plus, the new God-given name itself provides a clue to the special role the person will play. Abraham means father of many nations, for example.

Peter means, of course, rock. Remember Eliakim, the reliable peg that could bear much weight? A rock is something stable you can stand on, even build on.  Jesus says that he will give this rock the keys of the Kingdom of Heaven.

What are these keys Jesus is talking about? Jesus is making plain that as founder of the new Israel, he is choosing his prime minister. In fact he notes that it is His Father who made the selection. For it is by virtue of divine revelation that the fisherman knows what no man on his own could know–that Jesus is the Christ, the anointed one of God.

One of the most difficult things to swallow about Catholic teaching is the dogma of papal infallibility. But this passage provides the foundation of this doctrine.

Peter, and his successors, are given a charism of truth whereby, when push comes to shove, they are empowered by the Holy Spirit to identify the truth about Jesus.Otherwise, the truth would be up for grabs. If that were the case, the jaws of death would in fact prevail over the Church. Jesus, in making Simon “Peter,” made sure they wouldn’t. And despite 2000 years of persecution from without and enemies from within, they haven’t.

So why is Rome the center of the Catholic Church? Because Peter died there.Why the name change after the conclave? Because Peter got one at Caesarea Philippi. And why the fancy robes and the title “Holy Father?” Because Eliakim wore robes of honor and was a “father” to the people.

So yes, the Papacy is quintessentially Catholic, but that’s because it is thoroughly biblical.

This post explores the Old Testament background of the Papacy which is based on Peter’s unique role among the apostles as the Rock who holds the Keys of the Kingdom of God.  It is offered as a reflection upon the readings for the twenty-first (21st) Sunday in Ordinary Time, liturgical cycle A (Isaiah 22:15,19-23), Psalm 138, Romans 11:33-36; Matthew 16:13-20).